A safehaven for practitioners of the chaotic arts.

Crocklemouth is a frontier settlement tucked away on the south western corner of King's Holm, the southernmost island of The Isles of Orlend. It's an illegal safehaven for banished citizens, practitioners of the chaotic arts, and those who do not follow the state religion of The Originator's Order.   The island is only accessible by smuggler boats (honest fishermen by day) that operate in the city port of Aberwick . Folks looking for passage start their sentence with "Hey, crocklemouth!", a common Orlendian insult. If they're lucky, a boatsmen will arrange passage. If not, they'll get a punch in the face. The insult serves as the perfect disguise for the name of the colony on the island, even if many new settlers arrive there with bloodied, broken noses.

Hey, crocklemouth. Need a deckhand?
— Pass phrase for someone looking for passage

Crocklemouth was founded after the chief cartographer of Bradstowe Cartographic Society was imprisoned for practising the chaotic arts and illustrating obscene, surreal concepts in a hidden journal that was accidentally submitted with his latest drawings. By blackmailing some nobles (which he knew dabbled in the chaotic arts), he was released from Aldgate Prison on terms of banishment.   He fled to King's Holm, the southernmost island of Orlend and set up a hideout which later grew to become the safehaven it is today.

It's not just a safehaven for chaotic minded Orlendians, it's a place where you can live freely out of the watchful gaze of The Originator's Order and their strict way of living. People here are able to experiment with their professions, try new things, combine different arts, explore different states of mind and discover incredible things.   Imagination is Magic, and artists in Crocklemouth are playing with their powers of imagination to learn the extent of their powers. Together they are creating their own world, currently accessible via connected dreaming. They are working hard to make their dreams a reality...

Nobles with a dirty history of dealing in chaotic arts or illegal artefacts pay for Crocklemouth to look after their heirlooms and secrets in exchange for coin and resources to survive on the island. Trusted citizens have paid for secrecy to have 'holidays' in Crocklemouth so that they can unwind and experiment without being caught.   Folks here live a happy way of life, and are no longer slaves of the state religion back on the mainland (so long as they remain undiscovered).

Despite their freedom, residents of Crocklemouth live a life of secrecy and blackmail. If The Originator's Order gets wind of their operation, the whole island will be set aflame and purified of chaotic practises. Snitches don't get stitches, they disappear beneath the waves.   Once you're a part of society here, there's no going back home. The only strict lifestyle rule here aside from secrecy is to have no candlelight, campfires or light sources visible after nightfall in case any passing fishermen or ships discover the settlement.


Brenda, I am safe. I cannot tell you where to send a reply to, but know that I am alive and well. The sea air is crisp and fresh here, though I'm certain I'll forever find sand in my socks every day forward living here. We all chip in with different jobs here, there's a surprisingly big community out here. The storms are rough and we have to keep lights out at night in case of passing ships, but it's good here. Keep this note hidden. I love you.
— Thomas

Viciously territorial sea beasts that live on the small outlying islands around Orlend. They have a long trunk and two deadly tusks. 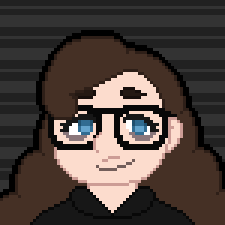 i adore this css! and your header images are always gorgeous <3   as for the article's content, i really enjoyed it. it gives the feeling of risk, a society constantly dangling on the edge of potential destruction, but it also inspires curiosity of what life is like here for its occupants. the quote and some of the article's main headers do delve into it a bit, but i'd love to hear about any local traditions or other cultural aspects. because this place is probably made up of a pretty motley crew of people, i'd imagine there's a lot of mixed culture!   to bring it back to the quote at the end, there is a bit of repetitiveness— specifically with the word 'here' being used a lot. whether or not this was intentional somehow i think it could benefit from a bit of editing. great piece overall!

My my! That was an amazing read! Even after being braindead , I still had a good laugh after reading this article. The way you combine dark comedy with insults is truly humorous to read and if I’m being super honest, rivals Shakespeare himself. Other than that, the article was a masterpiece even with its short length. The fact that you managed to pack a punch in that short amount of words was simply amazing! The header images and the CSS are gorgeous too. I only have one question though, has the divine order tried to track down or raid this settlement? And last but not least, the name of the settlement itself is quite funny to me. Congrats and keep up the damned good work you amazing wizard of worldbuilding!

That's a really great article ! The story behind the name of the settlements and its inhabitants is original, and the way this is written makes it easy to guess how the inhabitants must constantly feel unsafe.

Alright TJ, this was a really good colony. I love the brevity of it because it explains everything in such detail with so little words.   The history is fantastic. What they attempt there, and their pirate cove way of living is well written.   Good quotes, fantastic map, great css.   I'd love to hear of if they have had any breachs in their code? Someone trying to return to their home. I wonder what would happen to them.