"Everything, whether object or creature, has a proper place in this world. It's my duty to find it and put it there."
Eyes
Brown, decisive
Hair
Straight, brushed back, brown
Height
4'8" or 142 cm
Weight
142 lbs or 64.4kg

His hair and beard are well maintained and manicured, bushy but shorter than one would expect of a Dwarven adult. Similarly, he is thin for a dwarf and light in step.

His face appears much older than it should, he often looks tired and worn down but there is a vibrancy and innocence to his eyes that hints toward his younger age.

He wears the clothing of a commoner when on the job and a simple leather gambison when he is expecting trouble, his hair is swept back by a braided cord of cloth worn by all of Uncle Gluhm's friends.

His locksmith's tools are all former mason's tools which have been modified to suit their new job.

Born to a family of mason’s, Brindle grew up learning the trade of his father. He happily worked the tools, knowing that each stone hewn and each brick laid would help to benefit the everydwarf of his great city. He stood to inherent the family business, becoming one of many in a long line of builders.

These things he knew, and yet, as a child he couldn’t help but feel that he was capable of so much more. He learned quickly not to speak these thoughts, for they always lead once more to his father's talks about how following in your family trade and staying within your caste was just the Dwarven way. Tradesdwarfs are tradesdwarfs or so it was said. He’d live and die by the trowel. At least, that’s what he lead his father to believe.

In secret and in the darkest hours of city life, Brindle began to learn the ways of the locksmith under the tutelage of a Dwarf named Gluhm Boddiewick. Repurposing the tools of his family; trowel became crowbar, jointer became lockpick, and a chisel could serve as a file in a pinch. The solemn locksmith Gluhm was like the uncle he never had and the teacher he always longed for. Duodecim laws forbade learning a trade outside of that of your families. Good Uncle Gluhm did not care for these laws, believing that each Dwarf in the city should have the autonomy to choose how they contributed. Growing up, Brindle was caught between the steadfast and city-state-supportive beliefs of his father and the freedom forward push of Gluhm.

Mason by day, and rogue locksmith by night, Brindle had truly begun to come into his own as a young dwarf. His thirst to learn was only ever overshadowed by one thing; Brindle, at his core, wanted to help people. He began to use his new flourishing skills to provide goods and services to the citizens of the city without bothering to ask if the help was wanted. There exists a vast difference in lifestyle between those with and those without in Duodecim. It was noticing this that made Brindle realize, the poor of the city-state would benefit greatly from possessing the belongings that were stored in the houses of the ruling castes. After all, what good was a set of eight chairs if it belonged to a family of three?

Brindle spent the better part of his first half century moonlighting as a locksmith alongside Uncle Gluhm. He spread the wealth of the city, sometimes relying on his skills to repair broken down things before finding them a home. other times he would break out the picks at night and abscond with possessions when no one was watching. Brindle always made sure that the items he procured were things that people needed, he never took something on a whim.

Days were going well. Nights were going better. At least, they were up until his father caught him with a set of locksmith's tools just nights before his fiftieth birthday. Outraged that his own son would turn his back on the law and start a life that was unfaithful to their long history, his father disowned him. With five words, he had been stripped of his family name, his future as a mason, and any hope for a comfortable life in Duodecim. Being a fatherless Stone often meant cold nights in the street and an empty belly.

Practicing a trade without a license is a dire offence in Duodecim, carrying with it a fine far too high for Brindle. In Duodecim's eyes, his only option now would be to turn himself in and accept a life of a service in the mines. However, Brindle still had dreams for himself. In an act of desperation, he turned to Gluhm and asked for his help in escaping the city. A dwarf well connected, Gluhm was able to secure safe passage in a caravan lead by The Lazy Mice to the city-state of Nexus.

It was in Nexus that Brindle Stone began to make a name for himself. If you needed something, really needed it, Brindle was the Dwarf to see. Staying out of trouble and often out of sight, he was given his chance to make the world a better place. Using Uncle Gluhm's network of couriers the two stayed in contact, and for eighteen long years he was happy for the first time.

It was at this time that the troubles had begun to come to Nexus...

Brindle desires for one thing: the freedom to learn and practice whatever skills or trades he finds himself interested in. Because of this it is his life's goal to find a place that he can settle down in peace and lead a simple life of working with his hands.
However, beneath the surface, he is lead by a strong and uncontrollable desire to fulfill the material needs of others. Without concern for law or rule, he feels that he must find the right place for every object around him.

He is quick on his feet and fast with his hands, a master at infiltration, but truly a terrible liar.

He loves to help people and arm them with what they need to succeed, he likes cats but hates cleaning up after them, the new locks the Gnomes have been making often give him a headache. Brown and Bronze are his favorite colors, and when he hears the singing of a beautiful woman he cannot help but tear up.

He can always be counted on, he is meticulous and will hear out other's opinions before weighing the options when forming a plan. He will never leave someone behind if it's possible they can be saved.

Brindle does not like being interrupted when he is working, he is spontaneous and sometimes impatient. He thinks too highly of himself and of his own opinions. He can be as hard headed as his namesake suggests.

He cannot handle an untidy living or work area and will go out of his way to correct a fallen or misplaced object. His lack of social graces sometimes leads to insulting others when he is merely trying to appear endearing and joyous.

Caelum Key
You are adept at unlocking hidden secrets within people tied by the same thread of fate as yourself. While (short/long) resting with other people, you may attempt to observe a person and create a small item that represents this secret. If not connected by fate, you find yourself with a creative block unable to create anything. 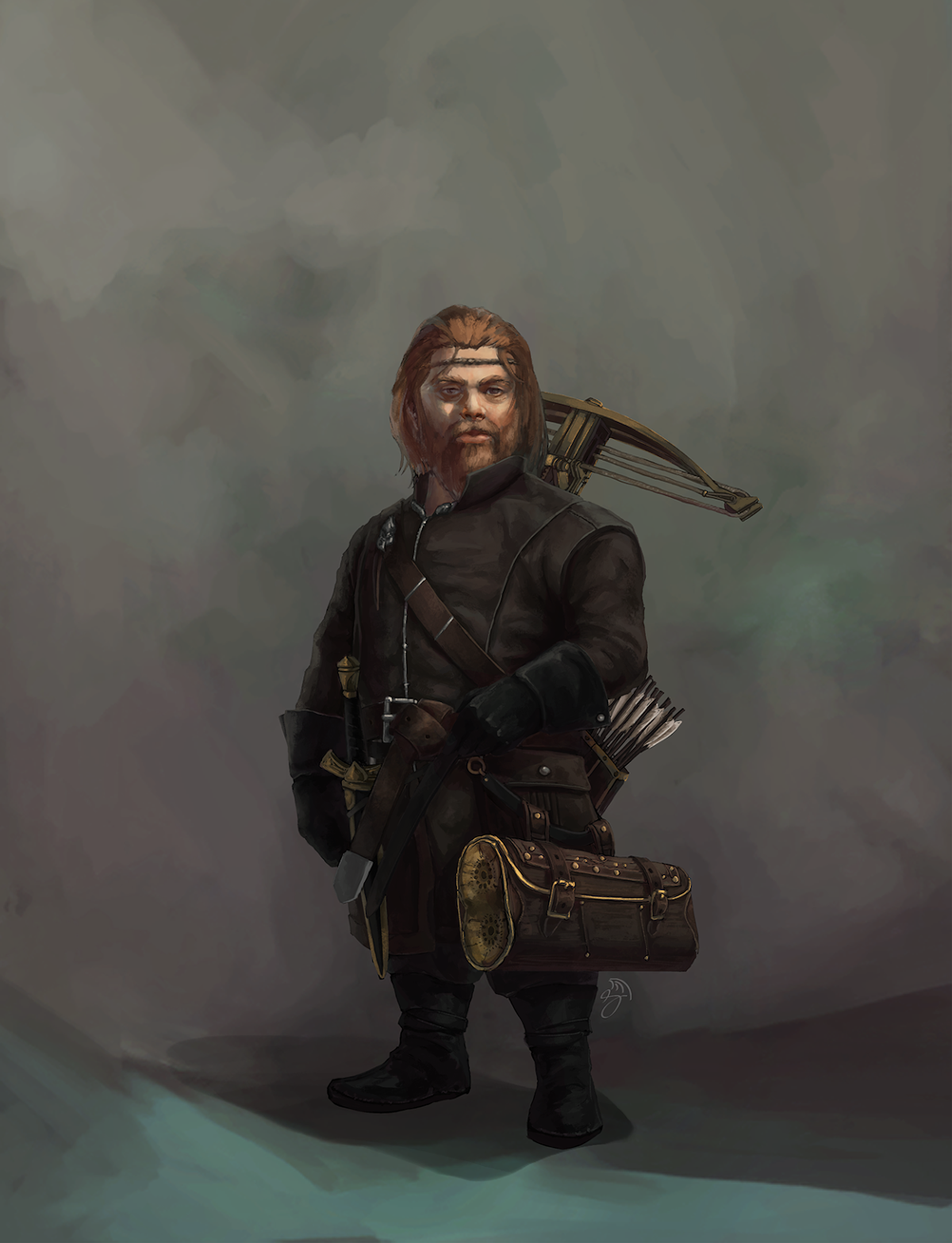 The major events and journals in Brindle's history, from the beginning to today.

The list of amazing people following the adventures of Brindle.