A treatise on goblin culture form an outside perspective by the human Professor Barrathew, WPU. Also includes commentary from Of the Forge the Spark, a goblin graduate (and insider) from the same university.

Since the The Withdrawal of the Gods beyond the Divine Gate, the goblins of Western Krosia fractured into several different groups, all highly dependent on their location and situation, as is goblin nature, but generally falling into one of three trends. The grumbling goblins of the Kirisian slave and bond markets, the unruly and savage tribes of the North in Borthakar and Ta-Arma, and the communities of "civilized" goblins emerging in the freer parts of the Sovranty, the Zone, and its environs.

The enslaved goblins of Kiris are the most like what the other races expect of goblins they’ve never met. A large population of underlings serving a greater power. It is worth remembering these goblins have not chosen this lifestyle, but neither is their position foreign to the goblin’s oral histories.

They have long sought the protection afforded by greater numbers or greater creatures, their fear of one powerful being overshadowed by their fear of many others. With somewhat sanguine resignation, they have often accepted lesser positions within an implicit sense that they could flee should the situation devolve.

Lesser positions? They're called alliances. Being the weaker one in an alliance usually makes you the smart one. Of course, when things go bad you run! What else do you do when you're allied with a semi-divine undead warmage who decides you aren't worth having around? Offer him lunch?

— Of the Forge the Spark, friend of Xeno the Avatar of Malfador

An example of this is found in the rather common tale of Gizit Sold Six Gangs. The rhyming tale is told of a goblin of Kiris who left his large tribe so he could be the boss of his own gang.

Gizit succeeded by attracting vagrant goblins and forming gangs of raiders. One day, he found himself before a tremendous, terrifying army, the Lich-King's Legion. They were given a choice: accept a legionnare's salary or death. Gizit’s survival instinct kicked in. He found safety and profit by joining the monstrous Legions of the Empire of Safara.

Of course, being part of a campaigning army meant joining massive battles. Gizit’s Goblins routed and fled to the west in their first major engagement. Left wandering in the wilderness, Gizit formed a new gang, this time from goblin deserters, and began raiding again. One day a massive army came upon them from the East. The Legion again offered pay or death for the goblin warband to join the army. The recruiter either didn't notice or didn't care that they were all deserters.

Gizit again took the safety and pay only to desert once again the first chance he got. This cycle continued as Gizit formed new gangs and got paid to join the Lich King's Legions again and again as they conquered all of Eastern Krosia. Gizit fled across the Sea of Hammers and eventually snuck into Lozar. Each time the Legion caught up to him and recruited him yet again. He famously deserted one last time at the gates of Kirinal, escaping the Disintegration of Kirinal by a nose hair.

This cycle of subordination mirrors the tales of the enslaved goblins of Kiris: forced into servitude, escaping or fleeing, only to be caught in the same servile position for security. That is why so many of the goblins seem complacent with the situation. Those seeking freedom, those accepting capture, and those remaining in subservience are themselves part of that repeating cycle.

Oh, a cycle of enslavement so common it's familiar. And the 'good' races just watching it all repeat, even after they 'ended' it. Maybe the good guys can figure out something better to do than freeing the slaves and just watching them get chained again?

— Of the Forge the Spark, grandson of Of the Goblins the Freedom

The Three Words for Family

A goblins primary identification is with their gang or tribe. To goblins the words are nearly identical and can also be translated as family. The only difference being some unspecified delineation by group size. The whole of traditional goblin culture is, in fact, oddly familial though not in any way recognizable to most advanced races.

And now we come to a fascinating wrinkle for civilzed folk trying to understand simple goblinoids. The primitive goblin language only has three words to signify familial relations: twin, sibling, and cousin!

The closest bond is designated by the word "dec", most often translated as twin. Most goblin births result in fraternal twins and triplets, so most goblins have a "dec" or two. Single births, identical twins, and larger litters are rare. In goblin culture, "dec" is the only level of kinship to which the common taboos of incest and fratricide apply.

The second word for a family member is "tekec", which is often translated as sibling. In actuality it simply means a member of the goblin’s current tribe. The inherent instability of goblin tribes and family dynamics makes this simple designation useful to them, if frustrating to other races.

A goblin may mate with any member of the tribe and often appears to choose partners at whim. This means many goblins do not share the same parentage, some even speculate that mixed parentage could occur even among twins.

Furthermore, goblins regularly leave tribes to form new gang, join an existing gang or even another tribe as suits their interest. A goblins current tribe is often not the tribe of their birth. In areas with stable tribal dynamics, a goblin may know their birth tribe or incorporate it as part of their name. However, many wild goblins may not recall their original tribe or parents.

This brings us to "shuurec", the final word a goblin uses to designate a familiar familial relation. Interestingly, many of them use the terms "goblin" and "shuurec" interchangeably. This seems to suggest that goblins see all other goblins as family, which may seem at odds with their high frequency of intertribal violence. Perhaps this concept, along with their innate cowardice, explains the low mortality rate of intertribal conflict?

Many goblins cling to their old ways and traditions. These fundamentalist goblins resist modernization by fleeing tribes who adopt more sensible family patterns and more settled occupations. They refer to civilized goblins as "rhuuc", the Sewn. Whether this refers to the practice of farming or weaving is unknown.

Tribes? Families? Nephew? Auntie? A lot of technical Common words goblins didn't need for centuries. Now we've tried to start, but all the words are in Common. There is only one word in goblin for the people in your family. It's family.

In Common, you alienate these people by naming them for how far apart they are from you. It's rude to stop calling your "shuurec", your cousin, anything except for family. All this for tall folks who spent generations killing your kind to think you're better for acting a little more like them...

Oh yeah, and Sewn also means tied up, bound. The wild gangs think us settled goblins are just slaves with a softer chain. Easy to believe when most 'civilized' folk act like they're still your masters.

— Of the Forge the Spark, Mechanic of the Blackjack

A Credit to Their Race!

Perhaps the most optimistic trend among goblin kin is found among those free goblins living in Magus Valley and occupying the Northern Canton of the Zone. These goblins have created a culture they claim is unique as the first free goblins of Lozar. (This is disputed by some of the stable wild tribes claiming lineage with Gizit back to the Lich King’s invasion).

In ages past, the humanoid races suffered from the whispers of evil gods haunting their dreams. This ended when the gods withdrew, allowing the wisest of their kind to reevaluate their backward traditions. They could finally distance themselves from their backward ways.

They decided to model their own way of life off of the noble races. Specifically, they noted the success and modest lifestyle of the halflings. They formed small family homegroups for the generations to stay together with stable marriages forming the anchor.

They changed their naming structures, looking into the ancient naming architecture of their people. An example, translated into Common, would be one of our keen study participants Of the Forge the Spark!

Male names are patronymic, his name is based on his father's name: Of the Freedom the Forge. Similarly, his male "dec" (twin) and younger "tekec" (sibling) are named Of the Forge the Sweat and Of the Forge the Nails, respectively.

Female names are matronymic. In young "Spark's" family unit the mother’s name is Of the Exodus the Storm. His female "dec" (twin) is After the Storm the Shine and his female "tekec" (sibling/sister) is Of the Storm the Whisper.

His parents have formed the StormForge household in Magus Valley where the father works as a lightning train fabricator. The family's succes is embodied by Of the Forge the Spark's ability to even seek a higher education. He has been admitted to these hallowed halls of Wizard’s Peak University with the help of generous scholarships established by our most benevolent alumni.

Young "Spark" (as we have come to call him) is a shining example of a less recognized trait amongst his kind. A sort of knack, bordering on obsession, that allows them to adapt skills far beyond his native capacities. So much so that young Spark may one day be able to achieve his dream of cleaning hex crystals!

Do all humanoidists think artificers are janitors? No wonder Dean Tarragut advised me not to join this study. The things a gobbo does for a scholarship around this place.

Look, in the interest of helping you out just a little more. The more common goblin names you hear are like nicknames of more complete names like mine. It's just they were shortened by other races in a way that doesn't make any sense.

It'd be like if you thought it was too much to say Chancellor Caleb Durinhelm, so you shortened it to "Ebduri". Technically, all the sounds are from the original, but they don't make any sense and there's no way to go back to the original if you've only ever heard the shortened name.

— Of the Forge the Spark, Graduate of WPU and Magitech Engineer

Goblins strive to overcome a horrific past to become the best versions of themselves. 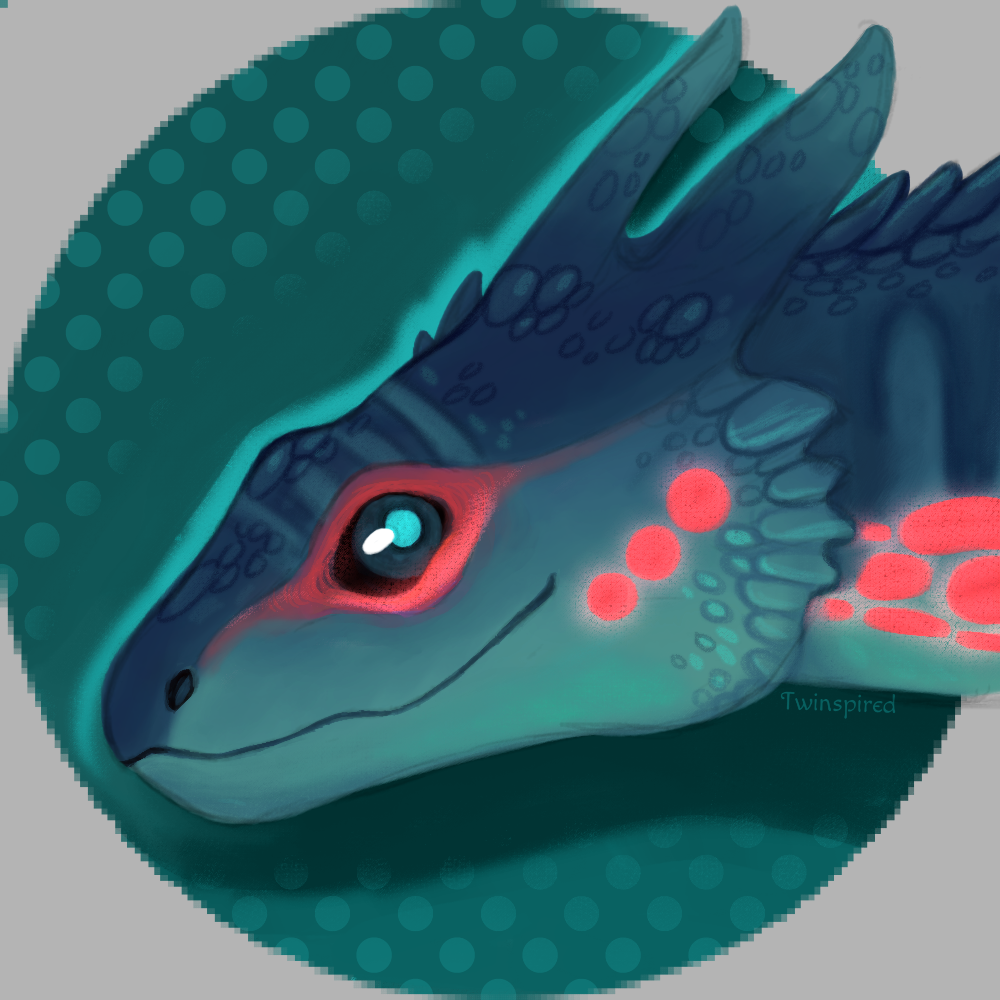 I love this article! The way it's written really gives a good idea of the relationship between humans and goblins in your world. Poor Of The Forge The Spark- I hope he finds some less self-satisfied colleagues soon!