Of the Goblins the Freedom

Hunter the Freedom Of the Goblins (a.k.a. Freedom)

The Hero of Taintchapel in Goblin Town, the ranger Of the Goblins the Freedom was one of the first in his generation to reject the name given to him by their bondmasters in the Magister's Enclave.

He adventured in Faerie and made enough money to create a comfortable life for himself in the Blue Rock neighborhood of Taintchapel. He kept his corner of Goblin Town clear of trouble. The gangs avoided the old goblin. His longbow and twin swords were too dangerous for them.

He had many children and many grandchildren, including Of the Forge the Spark, and ensured that they would have good and prosperous lives by sending them out of Goblin Town.

These bright children bloom here under the dirt, but they can't grow. You have to send them to the sunlight to see what they can become.

— Of the Goblins the Freedom

His youngest son, Of the Freedom the Hope, was his last child in Goblin Town. He hoped to send him out to find his fortune anywhere else in the Zone or in Lozar. The boy whelped a pup with a goblin girl from Demonnarm, a little baby blue named Of the Hope the Way. The birth was the sensation of Goblin Town, every gang wanted to add the child's power to their own. The Hags of Goblintown wanted the child for their own vile purposes.

The goblin girl was killed by an annis as the babe slept in her arms, Hope escaped, fleeing to his father, hoping that the Hero of Taintchapel could protect them. Hope was cut down by the Green Bitch Gang on his father's door, but Freedom brought the blue baby Way into his home and suddenly, as if by magic, the baby disappeared from the minds of his pursuers.

Freedom had a wish in a ring from his days as an adventurer in Faerie. He used it to save his grandchild. "I wish for this baby to be safe." And it was.

But fairy wishes are capricious and this one was granted in the most inconvenient way possible. The child was removed from everyone's memory and locked in an extraplanar bubble inside Of the Goblins the Freedom's ident-a-hedron.

He went through the next year thinking, "I'm forgetting something? What is it? My son Hope came home from Demonarm. His wife was dead. I killed his killers. And then what?"

The Baku In Biding

Throughout that year a little spirit, a Baku played in the corners of Freedom's home. "What are you doing here little baku? I sent my children away years ago and my grandbabies grow strong in the sun! There are no children here for you!"

But the baku stayed and Freedom was glad for the company. The old goblin could feel his life fading away. He was getting weaker every month. The gangs could sense it. They roamed further into Taintchapel, growing brave enough to enter the Blue Rock neighborhood of Old Freedom himself. 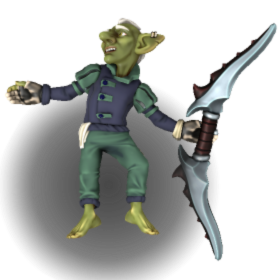 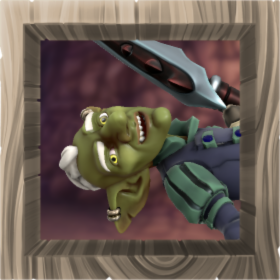 Articles under Of the Goblins the Freedom

Last Will and Testament Of the Goblins the Freedom