The mechanical being holds out their hand. A blue glowing icosahedron floats out of it and begins to circle their head. "This is my Ident-a-hedron. It's a crystallized piece of my soul. The simple reality of the Zone requires all of us to bear them."

"You can tell a lot from it right away. It's twenty-sided, indicating that I am a full citizen of the Concordance. The rich blue shows that I live in the Oath of Anam Canton. I can use it to tell the time, contact other hedron holders, and focus spells."

The burly green-skinned Sargeant pulls out a blood-orange glowing icosahedron dangling from a necklace."I'm a citizen. I bunk in Winter's Voice. Wear it proud. No one can take it from you. If you don't have one, the ZA will want to know why!"

The Concordance for Survival requires every sophont inside the Kirinal Concordance Zone to bear an ident-a-hedron. Beings from every nation in the world and most of the multiverse come to the Zone. Most of the multitudes are merchants, pilgrims, and warriors. But some are hiding their true nature as criminals, anarchists, or parasites. The worst want to destroy the world and turn it over to fiends, the Far Realm, or worse. The Zone Authority's job is to know where they all are.

An ident-a-hedron is a small crystal that fits in the palm of a hand. It comes in five shapes: tetrahedrons (4), cubes (6), octahedrons (8), dodecahedrons (12), and icosahedrons (20). The more sides it has, the more rights are conferred on its bearer. White hedrons indicate that the bearer is a non-resident visitor. The hedrons of local residents have colors matching their home canton.

They can be carried in a pocket, but most bearers attach it to a necklace or bracelet. Spellcasters with a flare for the dramatic have them orbit around their head or body like a satellite.

It is impossible to steal them, as the bearer can tell if they are taken more than 10 feet away from them and can summon them back to their hand at will. If taken more than 20 feet away, they disintegrate, and the portion of the soul in the hedron returns to the bearer. They can be destroyed with a strong blow from a weapon. The law requires that destroyed ident-a-hedrons be replaced within 24 hours.

Ident-a-hedrons are powered by a link between the bearer's soul to the Orrery of Worlds. The link usually only works inside the Zone. Spellcasters can use their magic to extend the link when they travel elsewhere in the world or even on other planes.

The hedrons main purpose is to serve as identification. They can be used by their bearer to display a picture, name, and current address, usually on request by a Zone official at gates and borders.

It can send a 25 word message to any other hedron that it has formed a com-sync with. Messages come with a unique soul signature that's impossible to duplicate.

The banks of the Zone use the unique message signatures to authorize instant transfers between accounts. The folk of the Zone rarely carry physical currency.

Bearers can ask their hedron for the time, set a timer, or use it as an alarm.

At will, the bearer can cause their hedron to flash brightly, make a loud shrill alarm noise, and call for the authorities. 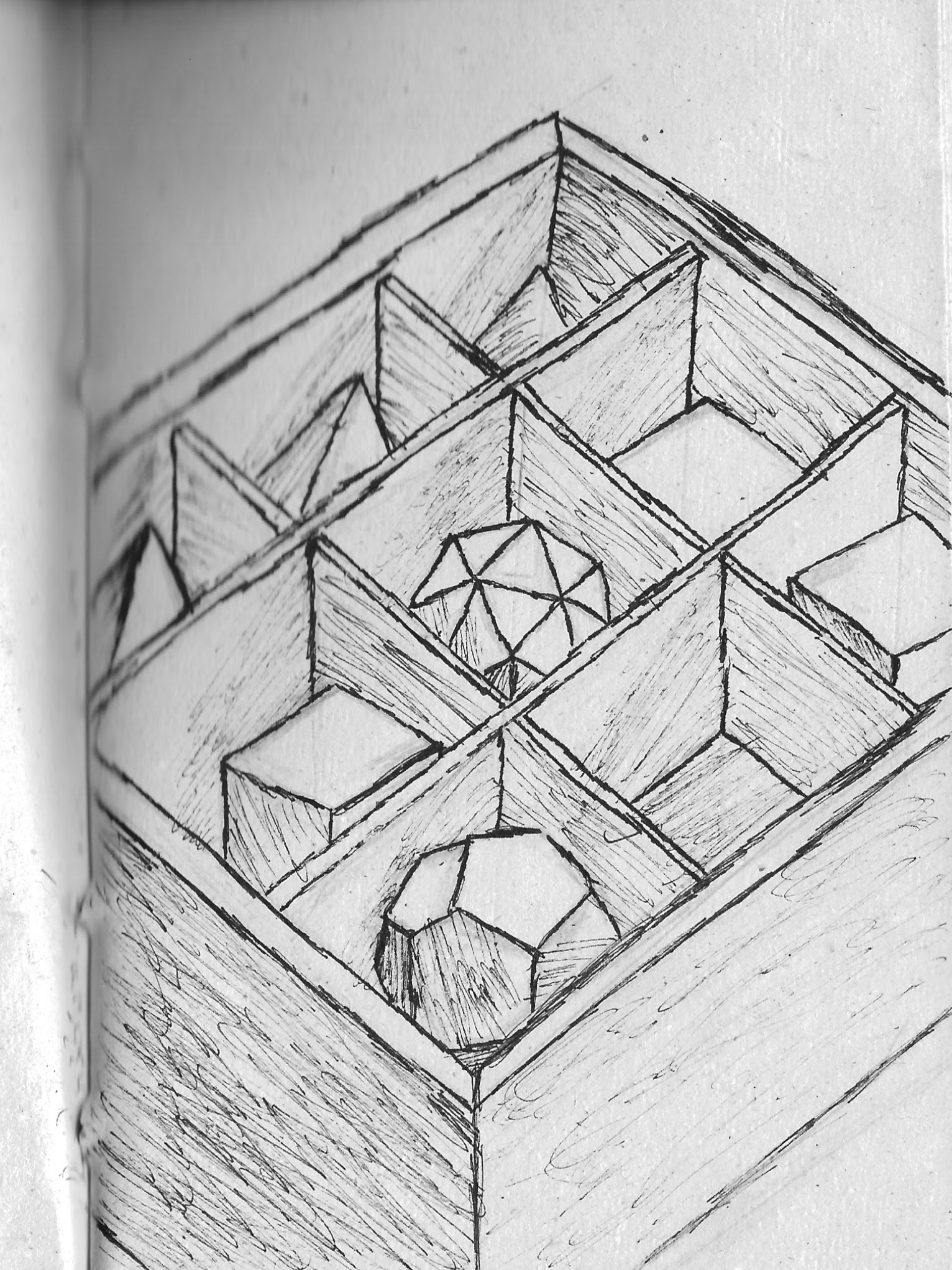 Box of Ident-a-hedrons by Branden L

Every road and every rail station in the Zone has a Concordant Zone Ident-a-hedron Office (ZIO). All first-time visitors to the zone are required to stop at the ZIO and have a hedron made.

A ZIO Agent casts the cantrip "soul crystal", pulling out a drop of the visitor's soul, and placing it into a crystal. Most temporary visitors get a white four-sided one, indicating that its bearer is a short-term visitor to the Zone.

Children get a visit from a ZIO Agent within a day of their birth. Infants born within Zone borders receive a twelve-sided crystal indicating proviso citizenship.

Ident-ahedrons must be renewed annually at the ZIO to update the relevant information, and are encoded to stop functioning after a year. Non-functioning hedrons turn solid black.

Ident-a-hedrons are made from a bit of your soul. How do you counterfeit a soul? They're foolproof!
— Baddwaibot Napwokul - Gnome Inventor of the Ident-a-hedron

Visitors receive a white four-sided ident-a-hedron. It's valid for six months and allows the bearer to enter and dwell in the Zone. It turns black when it expires. Individual visitors may only receive a visitor hedron once every year.

Most visitors are pilgrims coming for the day of Heaven or tourists come to see the Kirinal Pit and the Embassy Cities.

Foreign workers can apply for three-year hedrons, cubes that allow them to work and make contracts in the Zone.

These eight-sided hedrons confer all the rights of the previous hedrons. Residents are permitted to live in the Zone permanently, marry, serve in the military, and own property.

Twelve-sided hedrons provide citizenship status. Citizens are those born naturally in the Zone, the children of citizens, or residents who have applied for and been granted citizenship. Along with the rights of the previous levels, citizens can vote.

Full citizens bear the coveted twenty-sided icosahedrons. They are proviso citizens who have completed at least five years of Concordant or military service. Only full citizens can hold public office.

A group in the Zone opposed to ident-a-hedrons on religious grounds. They live in the Zone without ID

Everyone carries an ident-a-hedron in the Zone, but warlocks can't. They hide their pact as a counterfeit hedron.

Such a cool concept! I'm super curious about a lot of the keywords--are you planning on making them future articles?

Absolutely! They range from stubs to fully fleshed out. You can follow the ones you like to see what I've worked on. This is actually the active area in one of the D&D campaigns I'm running with my kids. So we're actively using some of this in play! It's a lot of fun.