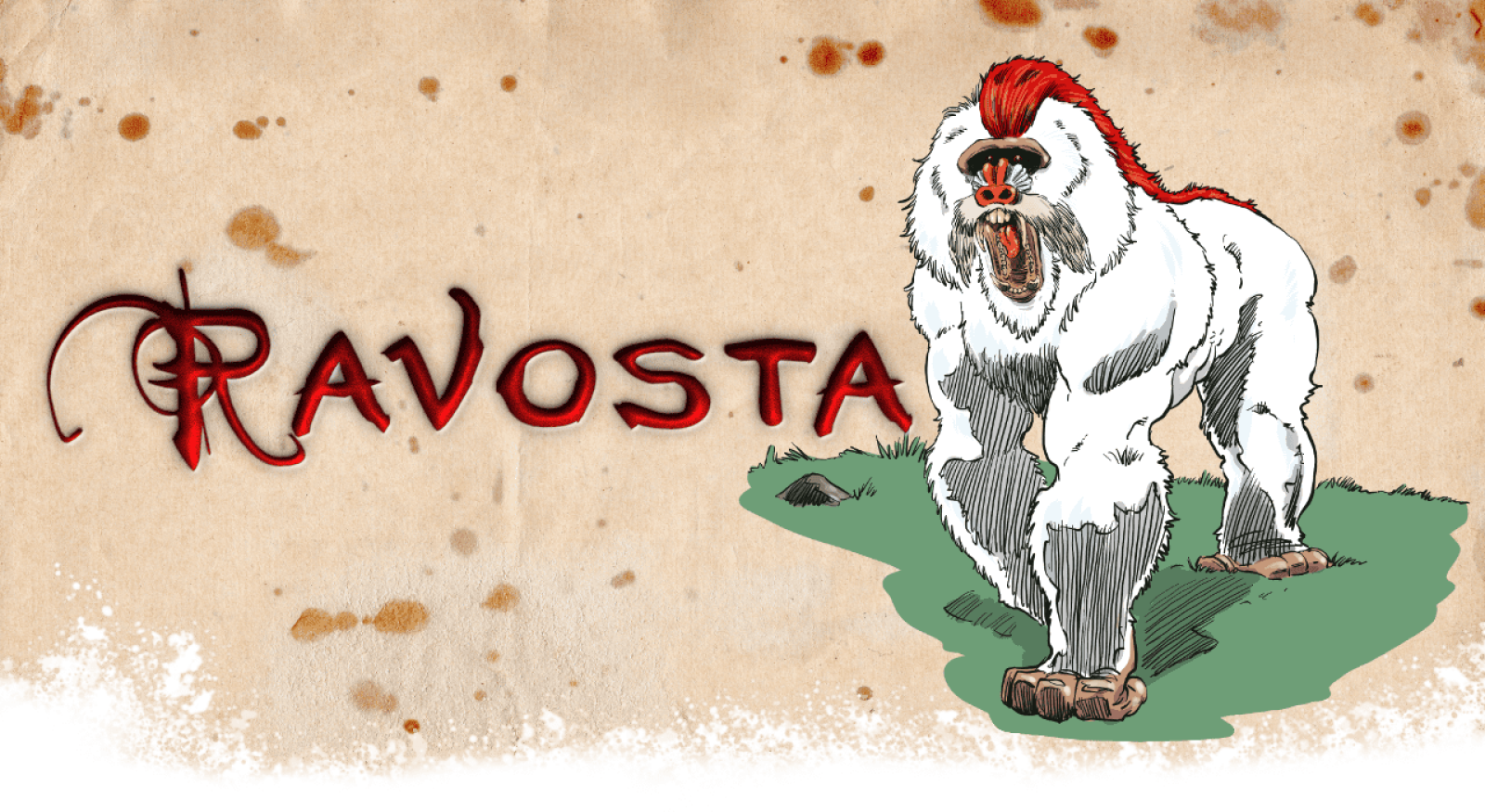 (The following was submitted by Finley Greenhopper)

This member of the Class Mandrillas is a source of debate for any and all zoologists, due to the fact that it is a complete carnivore and over twice the size of any other Mandrillian.   It is the great apex predator of Äsä-Illäriu and is much desired for its many anatomical uses.   The only Revosta willing to allow me close enough for study was a young female, the favored of the great Mane-back. This alpha, towering at an amazing 12 feet while standing erect, has a flowing red-mane down its back…and does not like it’s mates being approached for any reason.   He almost killed me.   Twice.   Anyway, this amazing group of giant primates has taught me a great deal about the environment—forcing me to be critically aware of my surroundings in order to observe them. 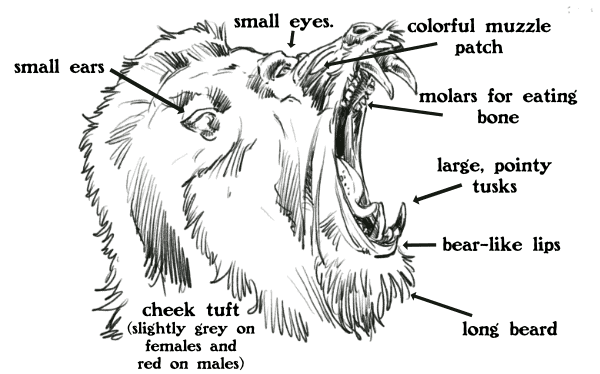 The males of the herd have red cheek tufts and small, diminutive manes.   The Mane-back has a long, rough, bright red mane and is often a lot bigger than other males.   Females are small and have no mane—their cheeks a silvery-grey.

The Ravosta is mostly smell-oriented and fond of eating the stinky Blood Rankers that raid herds at night. Ravosta aren’t ambush predators, mainly brawling with other predatory species of Äsä-Illäriu.   The Mane-back (alpha) will generally provide his herd with food, often grabbing a band of smaller males to assist in the hunt.

During mating season the Ravosta Alpha will chase off all the smaller males from the herd, forcing isolation until the season ends. He will eat less and lose weight, but in no wise is he any less dangerous. The hormones surging through his system make the alpha particularly vicious during this time and lesser males attempting to test an alpha’s resolve will often end up dead or mutilated.

A Letter from Finley

Read the Letter from FAF Zoologist Finley Greenhopper
To: Höbin Luckyfeller   Concerning Ravosta:   Glad to hear from you, my friend—hope all is well.   To answer your question, I have indeed been to Äsä-Illäriu, quite close to the village of Kevä-Ävi in fact, and have gained such an interest in the apex predator of that large island. The Ravosta is a magnificent creature, which gave me the guts to follow one.   This strange beast is unlike any other species in its family (Mandrillus) in that it is a ‘complete’ carnivore. Hunting deep in the dense rain forest, I followed a band of four small males with pale red cheek pouches and small pink-is crests that run down their backs. I watched in awe of the beasts, standing 9ft tall on their hind legs, until a burst of wood and leaves revealed an astonishing 12ft tall, bright red maned, and inexplicably terrifying mane-back alpha.   I barely escaped alive.   (Can’t wait to tell Chuck!)   The Ravosta are large, ape-like beasts that brawl with the other aggressive predators of the island. The smaller females are, on average, 8-9 ft tall and weigh roughly 1500lbs (still huge). So you can imagine the great mane-back weighing in at a ton or more.   These beasts have a snowy white water-proof coat that is greatly desired by the Rimriders of the sea-faring Duron, who hunt them seasonally. This, I imagine, is most difficult due to the fact that the Ravosta are mighty aggressive and will kill nearly anything that moves.   When I mentioned my fascination to the locals, they showed me a beautiful little shrine. They actually have someone kneeling in prayer at all times in front of this shrine, Höbin—it’s fascinating. My point here, is that the shrine was built as a thank you, for the birth of a child who was known to walk and interact with the Ravosta!   I don’t know history as you do, but they said it was an evolu named @Illandria. She once tamed this fearsome predator—an amazing feat, I say!   The Ravosta are mostly smell-orientated. I discovered this while watching the larger males track and attack the fearsome (also quite stinky) Blood Rankers of western Äsä-Illäriu. This fact also came out during mating season—chasing away the smaller males of the herd, protecting the females with a deadly viciousness. The pheromones produced by the females forces the alpha into an overly aggressive state, barely eating and losing weight in the process. This only makes them uglier and more explicably terrifying.   Overall, the Ravosta is quite the spectacle and a force to be reckoned with.   I’ve sent you more notes on the subject.   My cycle at the observatory is nearly up. Would love to connect and compare notes from the past year. Let me know your schedule and I’ll buy the first round of drinks from Wood .   Until then,   Finley Greenhopper FAF Zoologist 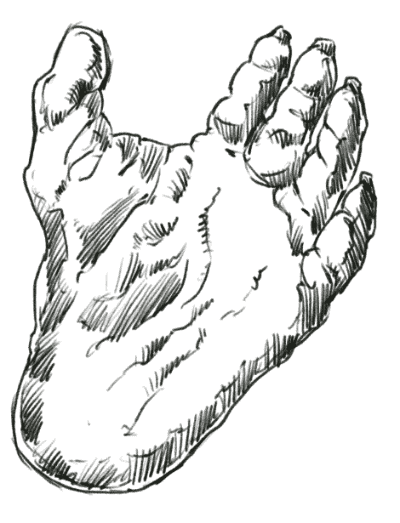 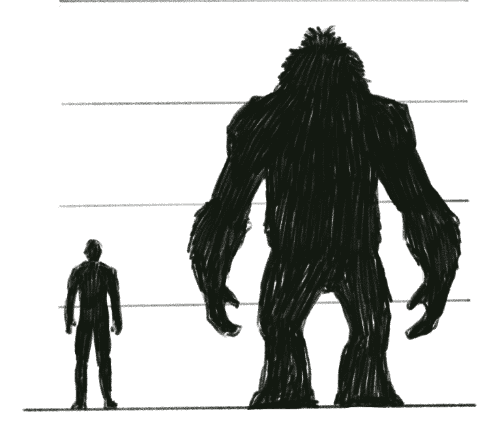 After brith, Ravosta cubs are weened at 6-8 weeks old, where they leave the protection of their parents and experiment in hunting smaller animals.

It's available in both digital and print through your favorite online sellers:
• Try Amazon (print)
• UNIVERSAL LINK
Don't forget to leave a review!
Beasts, Botany & Blades

Answering: "Write about an apex predator in your world. How does it hunt and survive?"
Visit WantedHero's Competition Page Check all other answers to this prompt Competition Homepage

We really appreciate Finley joining our team. He's a brilliant gnome and SO much fun to work with!!   Höbin went to great lengths to smuggle that kid out of Clockworks City--but he did it.   Immediately got a sponsorship between two human kingdoms, too!!   Kid's studying DRAGONS.

Woah! These things are HUGE! Thinking about how terrifyingly strong apes are in real life -- this would be one scary beast. I love the schematic of the Ravosta's head, such great added detail!