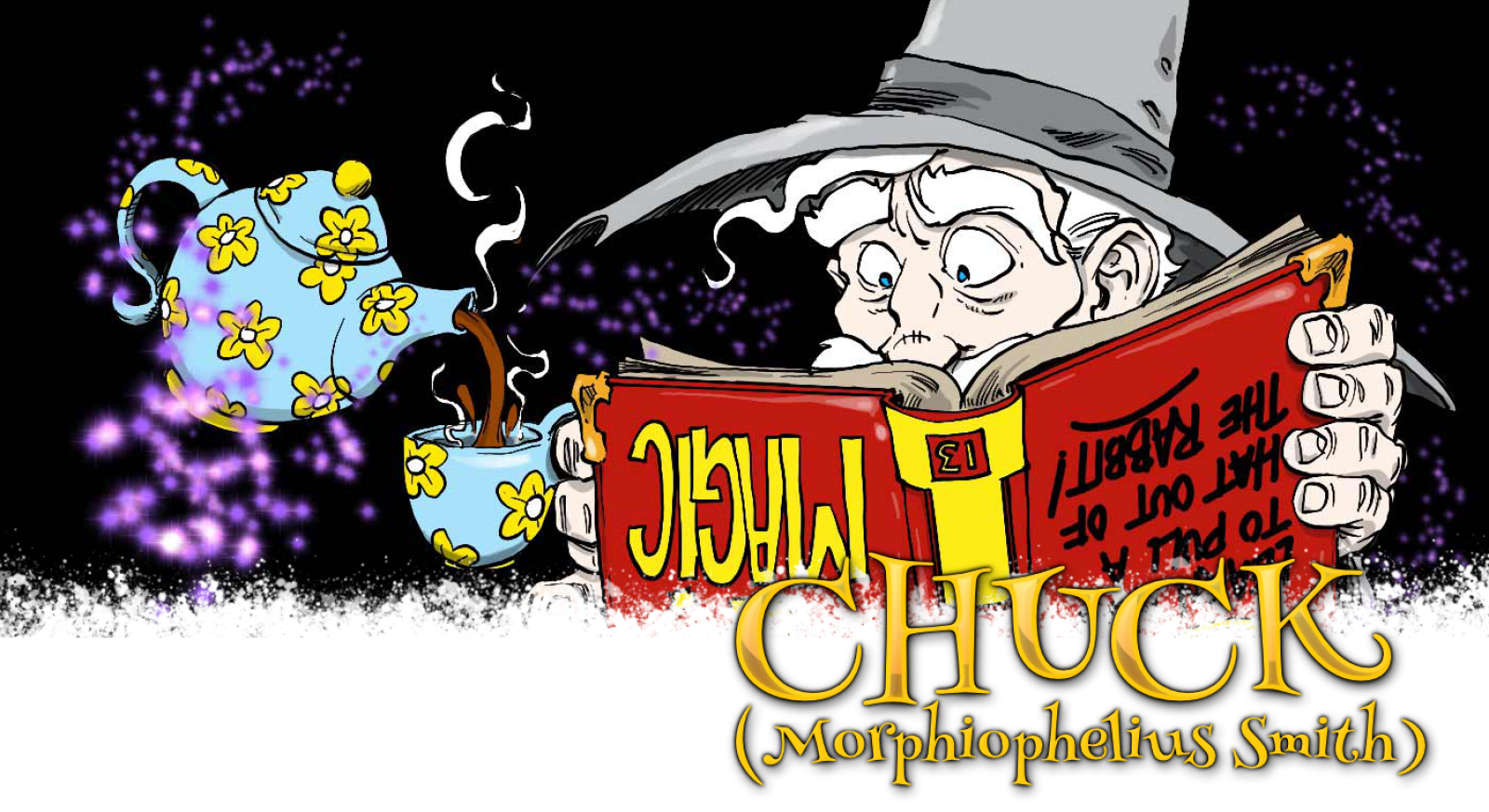 Wanted Hero    People to Remember    The Hero & Friends      Chuck
Widower, father, friend, warrior, rebel, philanthropist, master botanist & butterfly farmer, Morphiophelius ‘Smith’ (a.k.a. “Chuck”) is the oldest known mortal and considered one of the most powerful mägo in history, with the exceptions of the The Hero and Mahan himself.


What We Don't Know

Fiercely private about his past, you'll be hard pressed to discover much about the origins of the happy-go-lucky-but-be-nice-or-I’ll-hit-you-with-my-staff mägo, unless he’s revealed it himself.   It's a distinct advantage when you can outlive everyone around you.   How old he is, we don't know.
How powerful he is as a mägo, we don't know.
How many people he knows or has connections with, we truly don't know.   So what DO we know?

What We Do Know

Chuck has a seemingly never-ending list of skills, interests, and connections which he has manifest during his interactions with others in more modern times.   Though we lack records of Chuck's actual birth, I can confirm through the ancient Evolu archives that a powerful mägo, roamed the land, battling side by side the Evolu, Kutollum and even the Nocturi races in their fight against the encroaching forces of Mahan.

All through the night, we received the wounded and weary. Many whispered a grey-robed mägo, calling down wind and lightning from the sky to allow for their escape…and commanded the ground to swallow our enemy whole…
— Brother Tynn, Kirk of Willowcreek 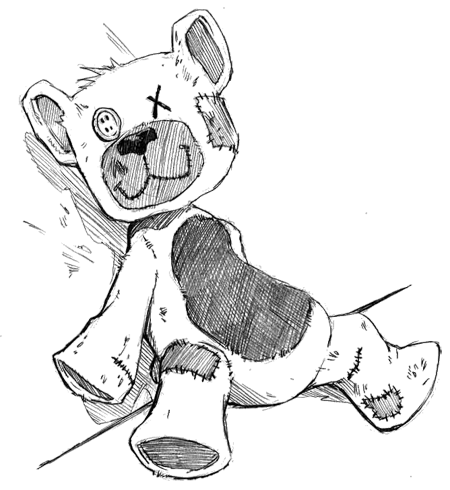 It has never been a secret as to why Morphiophelius has lived this long...   Chuck has always openly admitted that he used his vast magical knowledge to slow his own aging until a new hero was called. His sole intent was to help whoever possessed the Ithari next to destroy Mahan once and for all.

Another advantage of long life and a lack of social bubbles, is being able to play a key role in the development of society. Chucks titles and exploits include (but are not limited to): 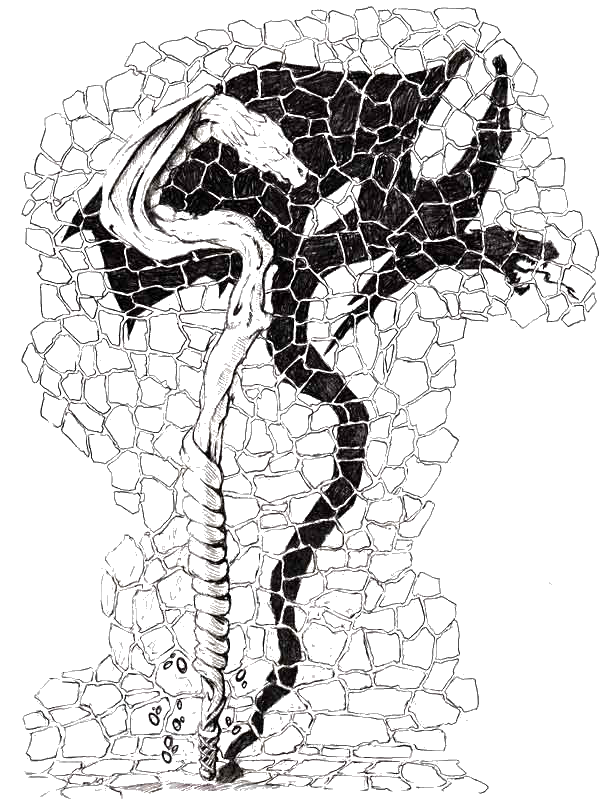 Losing his wife and only child to war, Chuck has taken great joy and pride in stepping into random roles, especially as a father-figure. Both Dax and King Robert III were raised by the mägo—in both cases, to save the infants lives.    Morphiophelius was uniquely qualified to teach Dax how to harness his teleportation abilities, while his extensive connections in human society enabled him to groom Robert III to take back his throne as King of Andilain.   Chuck has quickly stepped into a parental role with Wendell P. Dipmier -- showing both guidance and extreme protection over the youth. 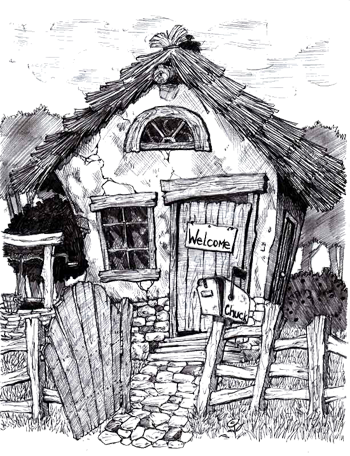 There is another side to this amazing mägo, however–and it’s one few people get the chance to witness.   An avid cook and passionate collector of cheese,  Morphiophelius loves to wind down with an aged glass of homemade grapefruit kombucha and a pipe full of mullen when the weather gets nippy.   Late at night, if you sneak close to a cottage window, you just might hear him relaxing to the brilliant musical sounds of Sultans of String, Break of Reality or the ever-popular Gnome band ‘Big Bob and the Thigh Smackers’. 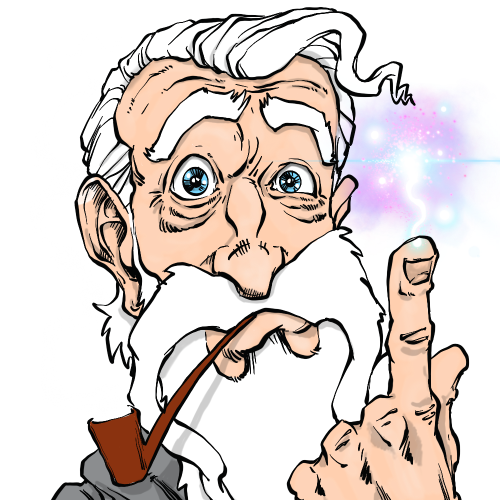 "Let them think whatever they like...I can't fix stupid."

"Humans are plagued with the same diseases which bring the downfall of EVERY civilization: GREED! LUST FOR POWER! IGNORANCE! FAT WOMEN IN SPANDEX!!"

"You have to be the kind of person your friends can count on. The kind of man who will stand firm in the face of adversary.
...unless she's REALLY cute."

"Think that's talent? That's nothing! ANYone can pull a rabbit out of a hat. You pull a hat out of a rabbit and THEN we'll talk!" YOU CAN BE A HERO!! When you purchase from our site, we take the portion normally snatched by Amazon and other platforms, and send books to:
• Teens confined to cancer units in hospital
• Teens held in state correctional facilities
Please join us in lifting the spirits of kids experiencing life's challenging situations.   You are MORE than you THINK you are!
Wendell P. Dipmier
The Hero & Friends
Dax

I feel like Chuck would be the kind of person to wack you on the head with a stiff if they are wrong...or being a jackass. I don't know why, but I love him.

Croquet or crochet? I suppose you could compete in crochet if you tried hard enough. :D   Chuck sounds like a fascinating guy. I like the fact he acts as a father figure to people.

HAH! Thank you So much for catching that error!!!   ...it's croquet!   Chuck has been the #1 favorite of both readers and fans of the original comic books since 2005--Wendell being a close second.   Have to admit that he is a complete joy to visit with and write about.   My wife used to say that while I was writing books, she would walk through the room and almost hear Chuck responding to me....   (grin)

The accomplishments list -- I wanna be THAT kind of well-rounded when I grow up! :D

Chuck saw your comment.   He said, "Develop your skill at Speed-Learning....and don't listen to stupid people. You'll do fine!"