Originally an insecure bully, Veris Asik has since grown into a caring and competent young man, in large part due to his fight and subsequent friendship with Jake Cartwright Lawrence. Veris now works as a logistics engineer for the Mordena, utilizing his training with the Hyperjump spell to maintain supply lines and fleet morale. In quiet moments he might also be found assisting with janitorial and plumbing needs across Janikk, as the unassuming tasks help him think.

Veris attended school on Baden with Jake Cartwright Lawrence, originally adversaries but eventually forming a fast friendship. The two often studied together, accelerating Veris' own educational understanding due to Jake's prior Legion-based education.   Assigned to janitorial duty under Shane Lawrence as a alternate to expulsion for breaking quite a few serious school rules, Veris also learned dimensional Necromancy while cleaning bathrooms. He currently applies this training in his work for the Mordena on Janikk.

Veris currently serves the Mordena as a civilian maintenance and logistics engineer, maintaining the supply lines to Janikk and the Grand Armada. He has founded a popular food service allowing each fleet an opportunity to order fresh, hot food delivery from many of the kitchens around Janikk with their weekly supply shipments, which has proven quite effective at maintaining morale during longer postings away from home.   He's also been known to assist personally with janitorial maintenance and plumbing repairs, explaining that the work brings back good memories from his childhood.

Jake was thoughtful. "Morale. Right now people need to know everything will be okay. And the best way to show it will be okay is to act like it will be okay, and help people keep their usual schedules."   "So you want us to act like this is normal?" Veris asked. "We can do that. Protect people from getting lost in the worrying."   Jake nodded. "Exactly."   "Protect their hope. Like sentinels!" Veris grinned proudly.
— Mordena Dawn, Book 1: In Spite of the Inevitable

Veris founded the Baden Sentinels, with inspiration from Jake. Originally chartered to assist those in need at their school, the group has since expanded to promote goodwill and acts of service across Baden. The group is known to maintain close ties with the Mordena, able to request their assistance after larger scale tragedies such as natural disasters, and active members in good standing are granted an abridged application process when petitioning to join the mercenary organization.

Veris winced, his voice quiet. "I don't know why I did that. I was angry. It was wrong." He turned to Jake. "I'm sorry. I'm glad you're not hurt."   He straightened, meeting Jake and his father's gaze in turn. "I just... wanted to say something. Since I'll probably never see you again, after the bombardment. I'm being expelled."
— Mordena Dawn, Book 1: In Spite of the Inevitable

During his earlier years of schooling Veris was a well-known and aggressive bully, until his loss to Jake in a fight prompted him to turn his life around. He readily admits to his past, using his life experience to encourage others to channel their aggressions and insecurities into more constructive efforts.

An only child, Veris is quite close with his parents, Rabert and Fiara Asik. He has also adopted his father's wingwoman as an aunt, affectionately referring to the warm canid as Aunt Fang and eagerly awaiting her frequent extended visits.   Since his altercation with Jake the Lawrences have also become as close as family. He and Jake have grown as close as brothers, while Jake's father Shane has stepped in as a mentor and second father figure. Veris' own mother even insists Jake refer to her as Aunt Fiara. 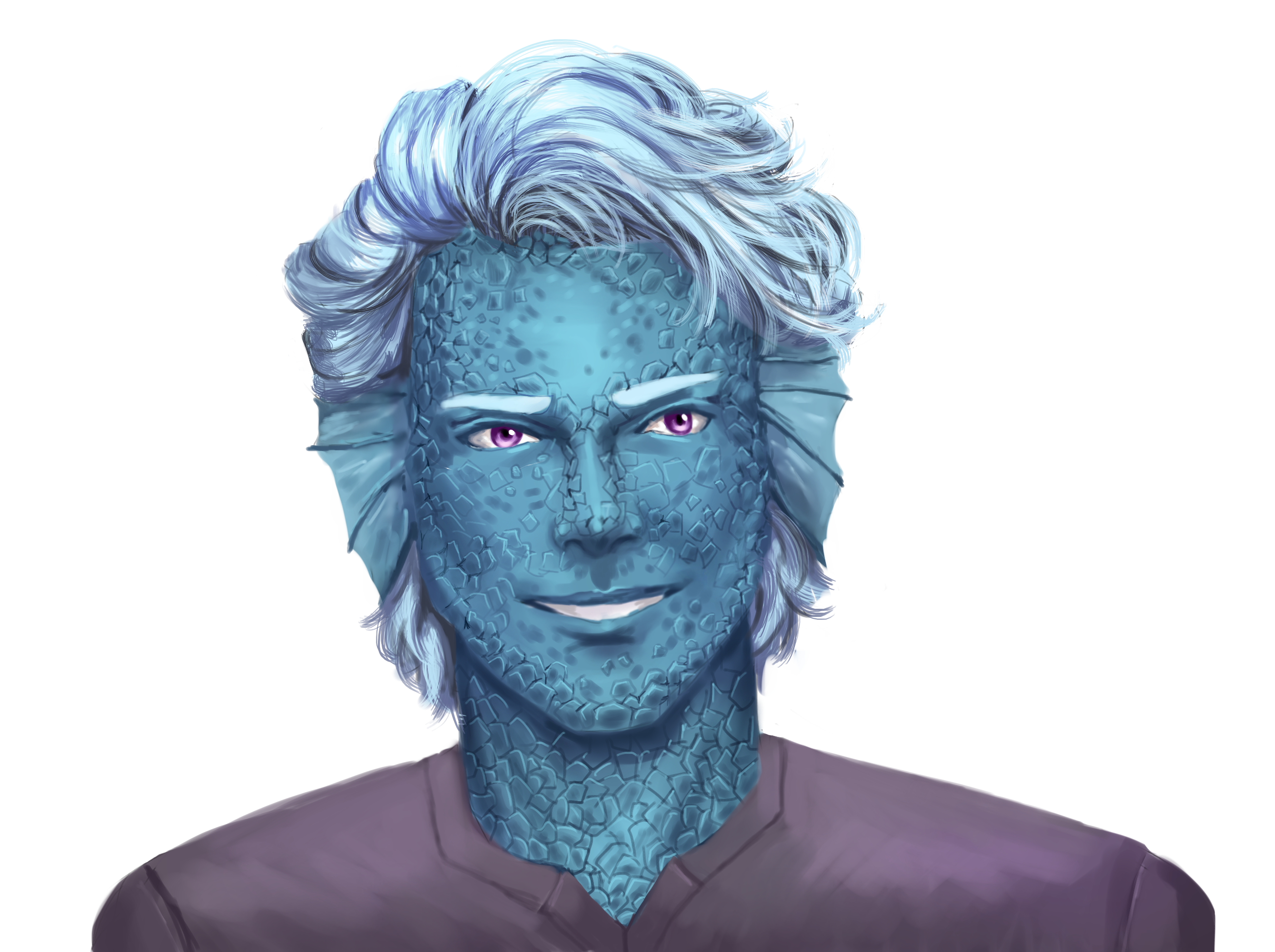 Love the shift from bully to kind on this one. I had to reread this sentence many times: "Veris also learned dimensional Necromancy while cleaning bathrooms."   Now... I have so many questions. Ima need to know more about that. XD

THAT part of his training begins in Book 3. Shane is... quite the character. And a demanding but effective teacher.

I can't wait to learn more about Veris's training. :D

I am really looking forward to it.   Book 3!