Formerly an Officer of the Hydell Order, Commander Max Coilin now leads the Doubtful Squadron, the blended remnants of his former Dauntless Squadron and the Mordena squadron they decimated immediately prior to their capture and subsequent recruitment. He and his second in command, Lieutenant Cal Barthik, are known across the Grand Armada as lovable troublemakers.

Originally an Officer of the Hydell Order, Max's squadron was on board the VTD Eternal Covenant when it was captured by the Mordena. The young man's fierce loyalty to the Hydell Order and Militant Order of Descendents despite the Order's complete abandonment of him and his people caught Shane Lawrence's personal attention, the Grand Navarch vowing to claim Max's unflinching devotion for himself instead.   Several weeks of intense questioning followed as Grand Navarch Lawrence slowly stripped away the young pilot's faith in his leadership and the Ascended Conclave itself, the necromancer skillfully latching onto Max's doubts and rewriting them into faith in Shane and the Mordena. When not directly under the Grand Navarch's piercing gaze Max found himself facing the watchful eye of Chief Cal Barthik, whose entire Squadron had been decimated by Max's.   Somewhere between Shane's efforts and Cal's clear absence of ill will toward Max and his people despite the dracoling's obvious grieving, Max found himself desperate for their approval and forgiveness, unwilling to resist the Grand Navarch's efforts any longer. He was inducted into the Mordena the following day, eagerly accepting a link to the Tenecknaab of Janikk and learning Morjakk before facing the battered remains of his former squadron as a full fledged Mordena Lieutenant.   Stunned at his willingness to join the heretical mercenary organization they had been warned against but moved by his clear convictions in the choice and their own loyalties to him, one by one over the ensuing week they chose to join him, most requesting to remain pilots under Max's command. With Max's permission Cal requested to become his Blade, various Mordena from Cal's fractured squadron following his lead to partner with their former enemies turned new recruits, all under Max and Cal's leadership.   Today Max still flies with his squadron, now expert Blade Dancers assigned to the HMJ Relentless under Senior Captain Haveid. Max's promotion to Commander has placed him in charge of both squadrons assigned to the durable special ops ship, Cal remaining his troublesome and talented second in command while the blended members of the formerly opposing squadrons have melded into a cohesive and terrifyingly efficient team.

Max is an adrenaline junky, living for fun and excitement, preferably in the defense of those who cannot defend themselves. He's a caring individual, intensely loyal to those who have earned it, quick to give recognition when deserved, and thoughtfully genuine and honest with those he trusts.

Max enjoys the thrill of a job well done, particularly if the task was difficult or in assistance to someone unable to help themself. These victories taste even sweeter when won through teamwork with his Wing and the Mordena, particularly if his Blade, Cal Barthik, was involved.   He does not like leaving a job half finished, and will do whatever it takes to ensure success, regardless of the personal risks. He is much more cautious about the lives of those who look to him for guidance, watching out for his subordinates and taking care with deployment of both squadrons within his Wing on the HMJ Relentless.

A talented Blade Dancer and Commander of his own Wing within the Grand Armada, Max is trusted and well respected by those under his command. He and his Blade, Lieutenant Cal Barthik, share an especially close bond, the two so in sync during flight they may as well be the same person. The pair is known for causing almost as much trouble as they solve, and they like it that way.   Truth be known, Max longs for a more intimate emotional relationship with the soul behind the organic spacecraft he flies in combat, but hasn't worked up the courage to share these thoughts with Cal. He has confessed them to Navarch Jake Lawrence and Lieutenant Yaevin Felix, who encourage him to start the conversation, but thus far Max's concerns as to how this knowledge may change Cal's thoughts about him and the easy nature of their current relationship have kept him from following this advice. In the meantime he remains a regular on The List, enjoying the physical intimacy of Jake and his other lovers while he works on his nerves.

Max is confident but not arrogant, carrying himself with an endearingly mischievous honesty in his interactions with others. He's not one for formality, preferring instead an honest openness in his interactions with others, although will follow standard etiquettes when it seems important. Coupled with Cal Barthik's eager charm, the two are often selected for welcome missions involving new Mordena recruits, in addition to their standard duties. 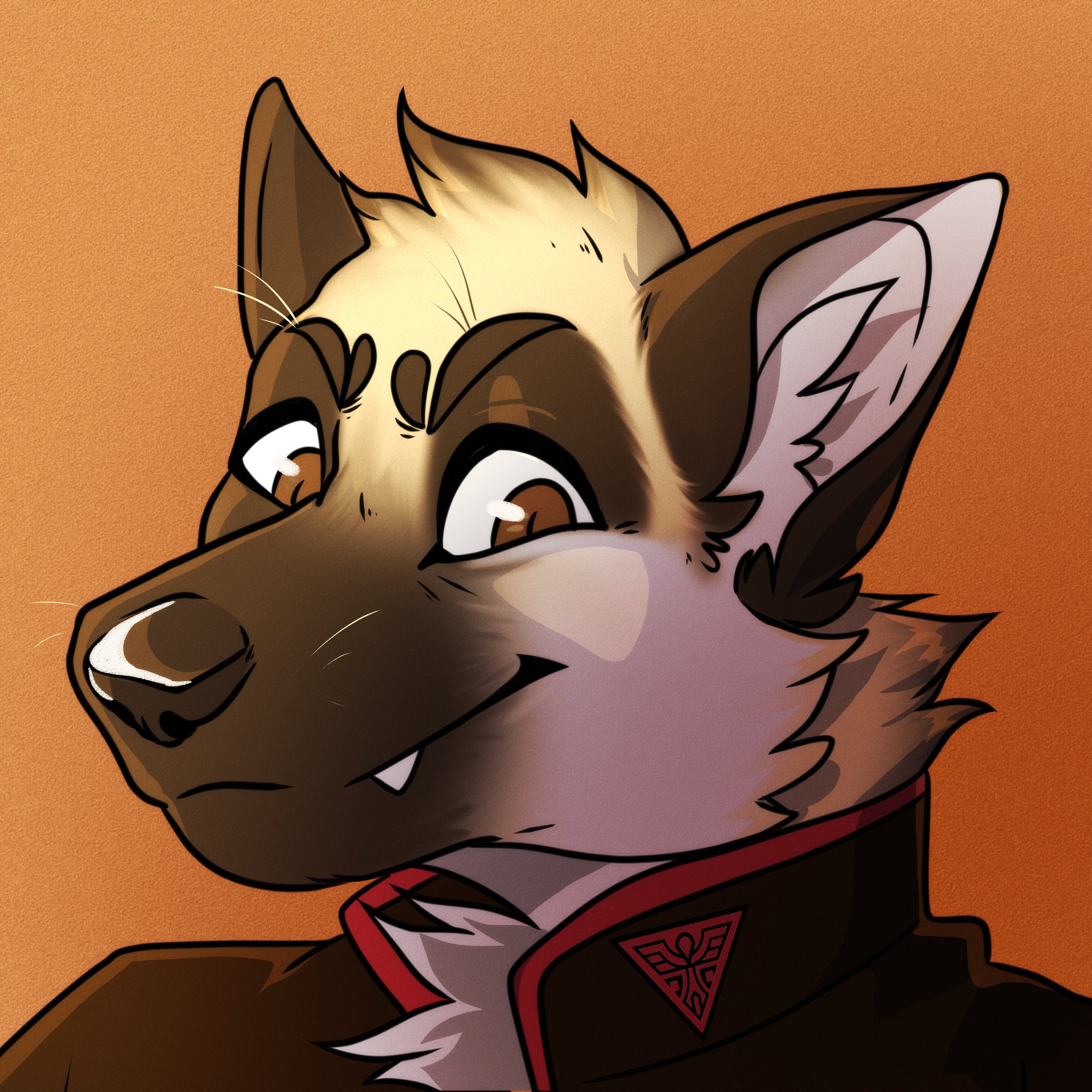 Closely teamed with his pilot, Commander Max Coilin, former-dracoling Lieutenant Cal Barthik has no regrets about his decision to resurrect as a Blade, an organic living Mordena fighter.

Originally an SAF Destroyer, the Relentless has maintained his mission as a reinforced powerhouse with a deceptively non-threatening exterior, well geared for delivering and supporting covert Special Forces teams.

Max is very stubborn. Mel is welcome to try.

I love Max. Such an interesting backstory. I bet those weeks were so intense.

Shane was impressed he held out so long.