The tree Dodrelion is a sight of pilgrimages, feasts, rituals, prayers, and wishes. Dodrelion is an offshoot of a laurem tree -- the trees that fill the Forests of Color. It is located in the country of Saesmara, near the town of Forgrini. Every year, on the night of the summer solstice, hundreds gather at the roots of this tree and offer prayers to Vahan. Afterwards, they hang sacrifices on the low-lying tree branches and wish for something they most desire. A great feast organized by the Church then happens, and the celebration continues on for the whole night.

It is a place of hope and happiness. While the summer solstice is when the tree is most busy, people will sometimes take a detour from their journey so that they may visit and pray at this important site.

The Year of Hanged Bodies

On October 1063 Year of Huraedon, dozens of corpses suddenly appeared during a storm and a flash of lightning, each corpse hanging from a branch. This was the work of the Hill Giant bandit Theosarn, who led a large band of orcs and goblin folk. He had commanded his warlocks to use magic in an attempt to scare and threaten the Empire so that his followers would be granted a kingdom of their own. This tactic did not work to his favor, and a hunt was proclaimed for his head. He was caught and executed soon after. His movement died soon after.

The initial evil the Hill Giant wrought also turned impotent. For soon after the storm and the mass hangings, a miracle occurred. A man in a blue hood and robe came into town playing a harp. The music was enchanting. It summoned the entire town, entrancing all listeners, and the townsfolk followed the musician. He led them to the wishing tree, and there he pointed at the surrounding forest, from which were walking, alive, all the once dead men who had hanged from the tree's branches just a few days before. The musician declared to all that were there that a calamity was to occur soon, and that the Hill Giant and his deeds were the heralds of this calamity — although whatever powers the Hill Giant used seemed to have broken a fundamental law, and the musician declared that he was here to 'set it right'.

Looking back on history, we can assume this musician was refering to the Red Illness, which had devasted the southern marches of Erub and were caused by Hellish meddling. 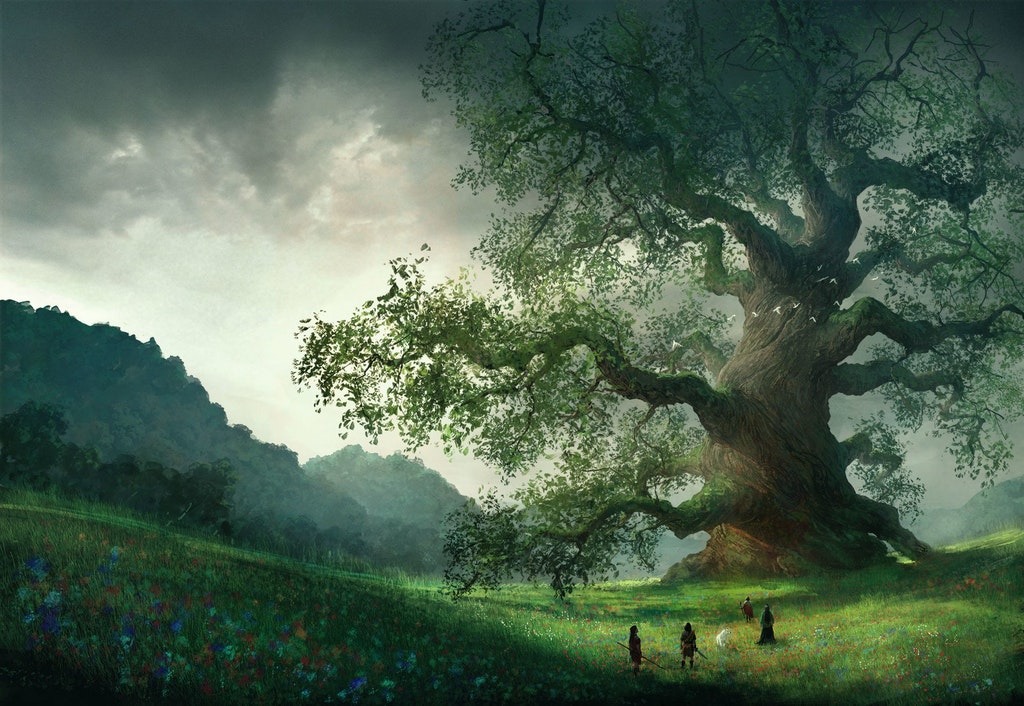