A family of Jovian diplomats.

There is hardly a Jovian who doesn't know the name Griffiths, and the majority of The Sol System will know the name too. They are perhaps the longest-standing family of Jovian diplomats, who have been based on Io since the planemo was colonised. They normally become diplomats before the age of 20, and work up to being a Major Diplomat (and, for those not familiar with Ionian government, return home) by the time they begin to start their own family.
— A history of Ionian influence in the Jovian system and beyond by Marcus Bernstein, 2168

-   The Griffiths are one of the most influential families in the solar system. Since the family left its Terran roots suring the early colonisation of Io, they have, quite literally, influenced decisions within the Jovian system and beyond.   It is unclear exactly how the family came to be so influential, however it is thought that Io's excess of energy and rich mining industry did help as the family is able to control relationships with people from countries on other planemos and planets due to their dependancy on Ionion exports from both sectors.   The family is based in Tvashtar and represents Tvashtaran government in Ionian affairs, whilst representing Io in Jovian affairs and the Jovian system in Solwide affairs. They have a particular influence on events on Ganymede and several Cronian moons.   Despite their influence the family seems to lack luck when it comes from longevity. Whilst this may be expected due to their living on Io, their average lifespan seems to have been decreasing rapidly. Many members of the family have also died young. Since leaving Terra the family hasn't produced a single generation in which more than one child has survived till adulthood.   Currently Ishaar and Steffen are working as diplomats whilst living with Ishaar's mother. The two have two children.

The family aims to do the best they can for their people. Following this principle, they will often fight for their country, planemo and system.

Generations (dating back to Terra)   The family's first forays into diplomacy may be lost to history, however it is well-known that Rapheal and Sanam Griffiths were on the first colony ship to Io. Whilst official Ionian documents may still contain records, the earliest known record of the family which even mentioned their status was Aaliyah Griffiths obituary, published in the Tvashtar Daily in April 2156;

Aalyah Griffiths, the daughter of Raphael and Sanam Griffiths, two diplomats, has become the latest casualty of what doctors are calling 'Sulphur Lung'. Her parents and younger sister will miss her.

In the mid 2090's the family began to gain more acclaim, when Ali Griffiths took over as Diplomat for the Jovian System. At the time, the 33 year old was the youngest System diplomats, and ze managed to promote the Jovian system and 'put it on the map.' as a major influence. Ze also managed to set up a multitude of trade deals, mostly concerning the export of Ionian energy to the Cronian moons.   In 2100 Ryan Griffiths managed to secure a trade with Ganymede, where Io would export radioactive material for processing on Ganymede. This improved diplomatic relations between the two moons and within the Jovian System as a whole.   The following generations continued to be successful diplomats largely increasing relations across the solar system. Of these, the most notable would probably be Aline Griffiths offering help and support unconditionally to those affected by the Ceres Terraforming disaster in 2176. This announcement came shortly after the Astronomical colonisation and terraforming committee gave a speech regarding said disaster, and, unfortunately, shortly before she announced her own retirement.

Nothing can be done to ease the pain of the loss of life on Ceres, but as one of your neighbours, and diplomatic representative of Io and the Jovian System, I feel obliged to offer your remaining population as much financial and social support as possible.

In 2181 Aline announced her retirement due to health complications. Her son Ishaar secured a promotion from off-world diplomat for Io on Ganymede to Jovian system representative. Both him and his husband are currently looking after diplomatic affairs. 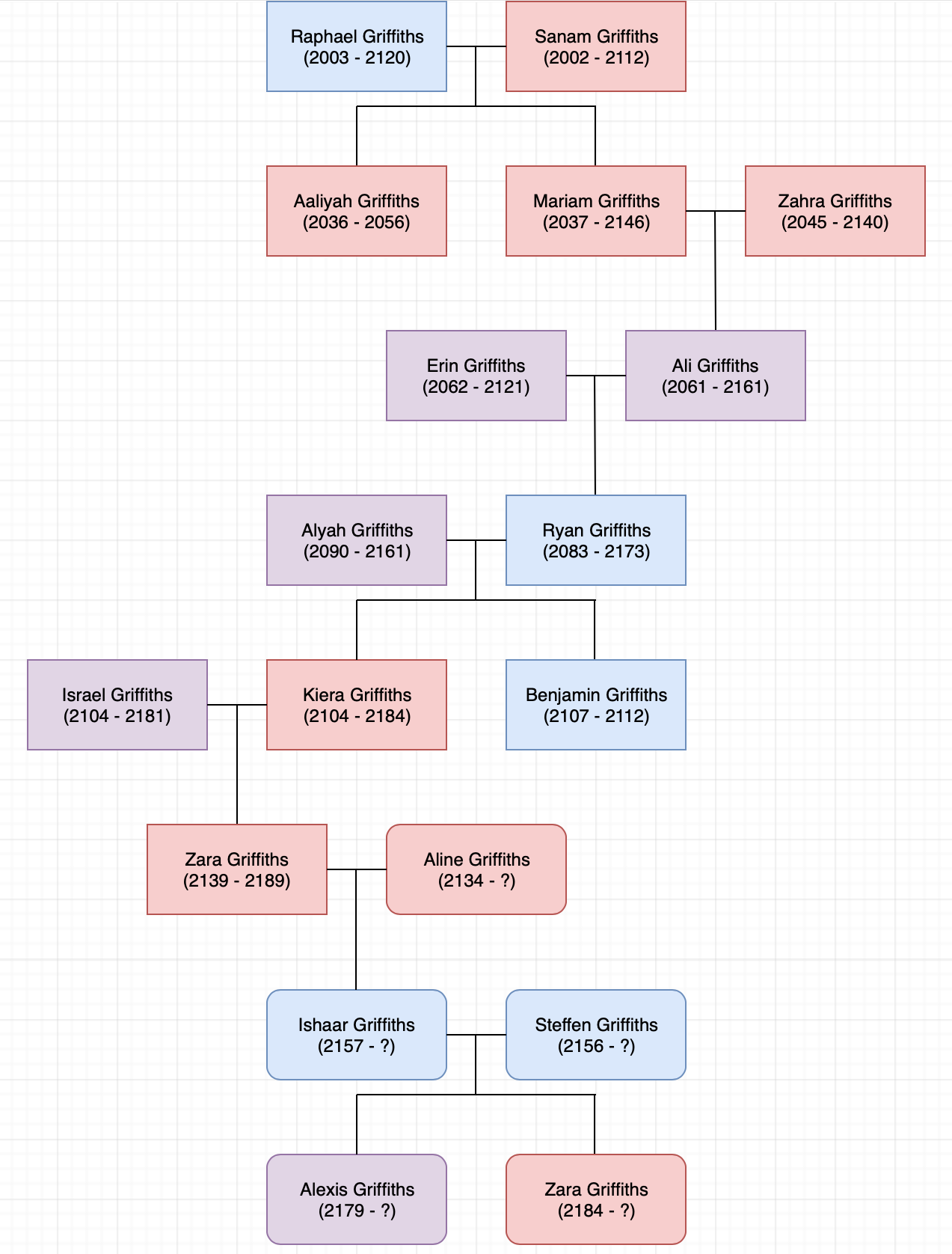 Articles under The Griffiths family

Did you know you can have the author-line inside your quote as a part of the quote? ^-^ it looks like this:

You can do this by adding the author line at the end of your quote and separating it from the content of the quote with a pipe | symbol.   Like so: [quote]This is my quote|By Koray Birenheide[/quote]

Why would I showcase that with a screenshot? I am waaaay too tired ^^° here:

This is my quote
— By Koray Birenheide