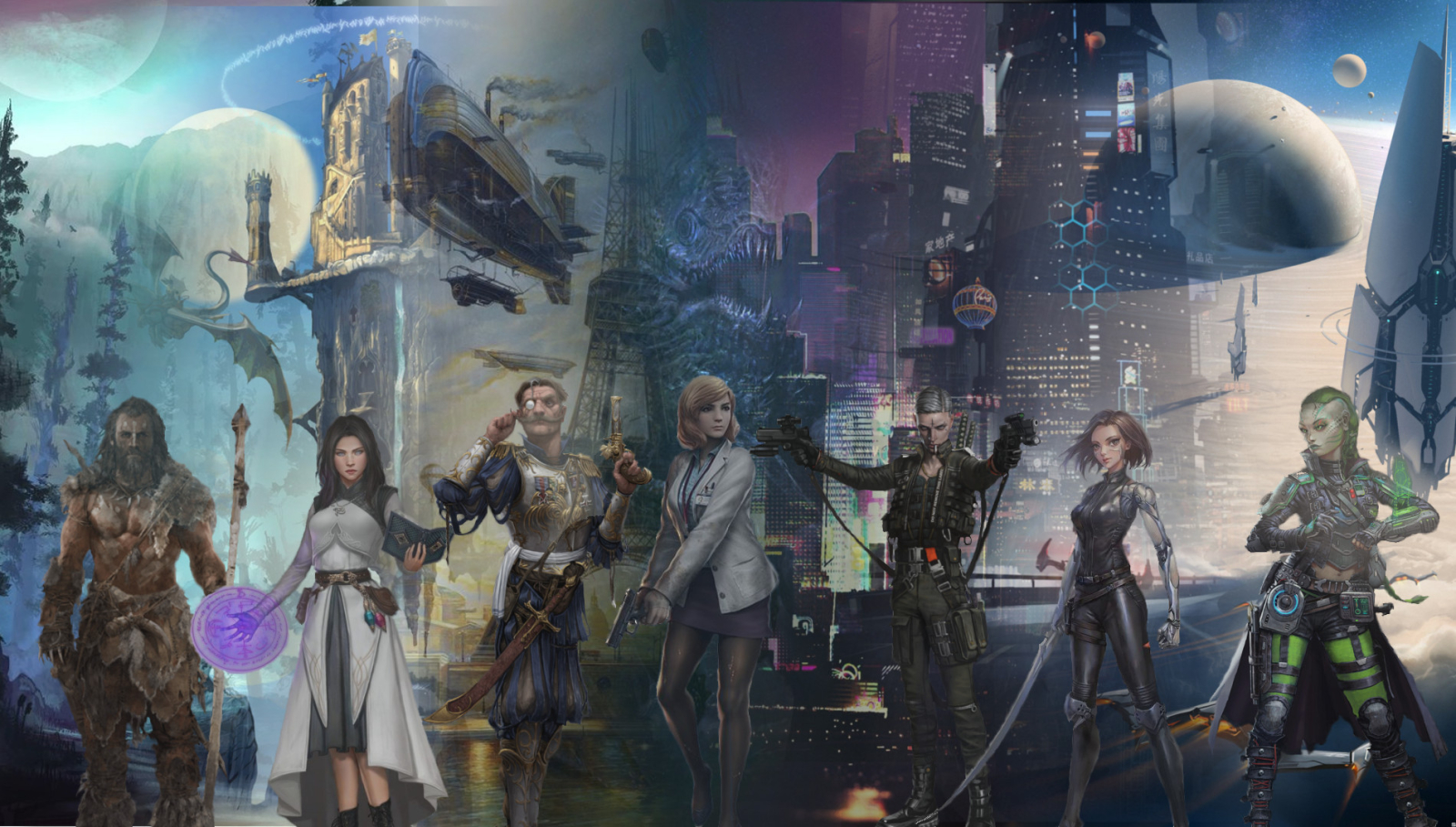 Year of the Butterfly

Michael Plowden
In the beginning there were Ilu, Eteru, and Abatu: the Creator, the Presever, and the Destroyer. Ilu created the universe, time, gravity, and all of everything while Eteru and Abatu fought over the fate of creation. It was not Ilu's will that his creation be either stagnated or destroyed, and so he took the first world he had created, Torar, and set three guardians he called Chronomancers to keep it free of the influences of Abatu and Eretu. To these three he gave power over time, and to each a unique gift: to Mister G he gave omnipotence so the three could never be bested; to Mister M he gave omniscience so the three could never be caught unawares; to Mister B he gave omnipresence so the three could always be where they needed to be.   The Chronomancers however found that protecting even this one world from the forces of preservation and destruction was a nigh impossible task. Every time they would fend off an attack, somewhere else in the world's timeline would come under siege. Over and over this happened, for eons uncountable they fought to execute the Creator's will in a failing battle, each assault barely pushed back. Until that is the three met at the End of Time and hatched a plan. The three would split Torar down the 5th dimension, fracturing it along it's primary divergent timelines. In doing so they created infinite versions of Torar that exist all at once, in all times at once, forever.   Torar is a world wherein you can play any genre of game you wish. There are seven main variations of the world, called Fragments, briefly described below. In addition each Fragment has innumerable small different versions, known as Shards. For example, in one Shard of the Fragment of Madness you might play a hard-boiled noir detective story, while another Shard of the same Fragment pits you against the cosmic horror of the Great Old Ones.   There are certain people and events that tie the Fragments together, affecting all while only living in one. The Adamantine Empress from the Fragment of Magic is one such being, and one can find echoes of her deeds, like her toppling the God of Assassins, represented in every Fragment. For example, in the Fragment of Stars that might manifest as the Togruta Queen putting down the Hutt Kingpin.   Whatever Fragment and whichever Shard you play in, the number one rule of Torar is have fun together with your fellow players and your DM. In general you will find Fragment of Magic information here for now, as that is the genre my groups tend to prefer.

Rules System Examples: GURPS Dinosaurs, Land of Ice and Stone
Genres: Stone Age, Ice Age
Set in Torar's prehistoric past, play as one of the precursor races to the traditional fantasy races you already know in a time before dragons, before giants, when the world was young and life was short in the equivalent of the Cenozoic era of Earth. Fend off titanic dinosaurs and saber-toothed cats while trying to survive the harsh climate with little more than sharpened sticks and animal furs.

Rules System Examples: D&D 5e, Shadow of the Demon Lord, 13th Age
Genres: High Fantasy, Sword & Sorcery
Torar is generally in a medieval-to-rennaissance period of technological development in this Fragment. Gods and magic and monsters are common during this time of heroes. Powerful wizards, warlords, and merchant princes rule a scattering of large cities while most of the land is wild and spotted with small farming villages.

Rules System Examples: Victoriana, Tephra
Genres: Steampunk, Gaslamp, Screampunk, Wild West, Victorian
This is a time of wonder in Torar as scientific advances are made that improve the quality of life of many peoples. Steam-based engines, magi-tech devices, and airships are all common sights in this Fragment. Reliance on magic and belief in the gods has waned commiserate with the rise of technology; along with that waning many of the monsters and wilder races have reverted to mimic or indeed become more mundane versions of themselves, while those that were deeply tied to those forces might have retreated to other planes. The technology and development of Earth from the late 1600s to the mid-1800s exemplify the aesthetic of the Fragment.

Rules System Examples: Call of Cthulhu 7e, Cortex Plus Drama, Esoterrorists
Genres: Eldritch Horror, Victorian, Noir
By this Fragment the world of Torar has largely forgotten magic had ever existed. Humans are the only race, being the least innately magical. There are those who still practice ancient, forbidden rituals, though this magic tends to drive those who use it mad. Creatures from the black voids dwell in the corners of man's sanity, and Great Old Ones threaten the very existence of humankind. The development of the world is equivalent to Earth's early 20th century.

Rules System Examples: World of Darkness 5e, Fear Itself, GURPS, Ultramodern5
Genres: Modern, Survival Horror
New breeds of monsters like the werewolves and vampires of old stalk the darkness, monsters made by science rather than nature. They do battle among themselves with normal humans often appearing as collateral damage. In other places covert teams of special agents carry out government-toppling missions in foreign countries. Torar in this Fragment can be equivalent to Earth's 1970s through the near-future.

Rules System Examples: Shadowrun 5e, Cyberpunk 2077, Apocalypse World 2e, Outbreak
Genres: Cyberpunk, Post-Apocalyptic
Each Shard in this Fragment is even more unique and diverse than in the previous Fragments. In some, magic has exploded back into the world, mixing with technology in strange and amazing ways and giving birth to global corporations run by ancient dragons, or swordsmen with cybernetic limbs, or summoners that conjure the spirits of radiation to do their bidding. In other Shards technology has won the day and magic is nothing more than pulling rabbits out of hats, creating dystopian post-human worlds where flesh is cheap while memories are coveted. In others still, a grim future of post-apocalyptic Torar lies open for survivors to cling to life in.

Rules System Examples: FFG Star Wars (EotE, AoR, F&D), Starfinder, Esper Genesis
Genres: Sci-Fi, Space Opera
In the far-flung future, the world of Torar is simply one of millions of worlds in one of millions of galaxies, each with their own strange life forms. In some of these there are esoteric powers that inhabitants can tap into like the Force or biotics. In others these powers might not exist, or might not be accessible, and a heavier reliance on high-tech solutions results in starships with warp drives capable of tearing holes in the fabric of spacetime to cross between galaxies. 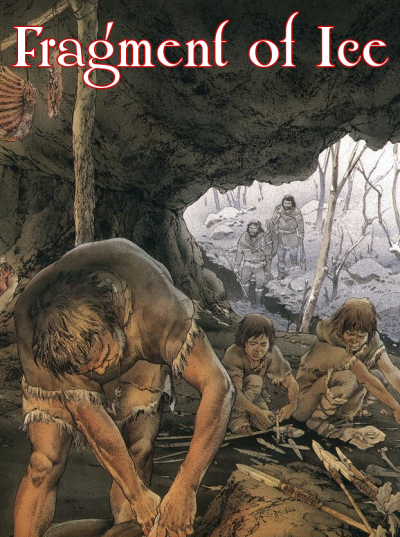 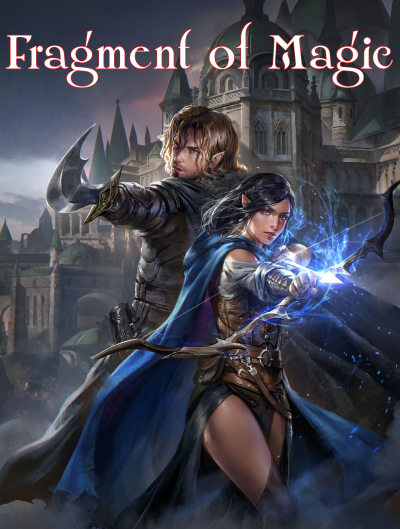 A group of strangers find themselves drawn together to face the evil that threatens the Lyre Valley.

A meek but friendly half-elf bard of the College of Paints.

While able to seemingly charm anyone with her words, Helvetica always seems to have an edge of mystery surrounding her. She's both lively and curious, but can easily be cunning or sassy. Either way, she's down for a conversation.

From the Emporer Bladesong bloodline, a beautiful elf trying to find her way and discover who she is after being raised a someone else.

Dragonborn warrior looking to become a world renowned blacksmith and take revenge on the ones that destroyed his home.

Rolling Coconut AKA "Rocco" is a 13YO jaguar tabaxi. He's built strong but is still small, and loves chicken and meat pies! It hasn't been terribly long since he left his jungle home, so he's pleasantly surprised to have found a family in the WELCOME!

All copyrights belong to the original creators of the works both artistic and written featured herein. Credits given where possible.  Original works are copyright Michael Plowden.