The Inn at Worlds' End

You don't know where it came from, but it writhes and shifts before you like a living thing. The circle of vibrant green bramble vines snakes back over itself, twisting and curling, almost weaving itself into shape as it grows. At first it was barely a coin's width across, then the span of your hand...your arm...your torso. Now it stands just over your head, a perfectly round archway filled with a hazy and faintly glowing blue mist. The woody vines finally still, but the leaves and tiny white flowers rustle in a seemingly gentle but unfelt breeze.   All is silent, save for a distant, oh-so-faint echo of music in your ear, so quiet as to make you question if it might be just a figment of your imagination. It's a simple little ditty, and though you don't recognize it, it strikes a chord in your mind, like some familiar but long-forgotten tune from childhood, calling you home...   "Well, step lively now," the halfling stranger says cheerfully as he walks forward. He stops next to the archway and looks back at you, his bright green eyes adding to the warmth of his smile as he hikes up the almost comically large pack on his back. "The Wreath-gate won't stay open for long. The Inn at Worlds' End awaits!"

A Wayhouse for All who Wander...

The Inn at Worlds' End is just like any other quaint country inn you might find along the rural lanes of countless worlds...but it is also so much more than that. Nestled as it is among the trees at the heart of the Wanderwood, with all of its countless portals to worlds both known and unknown, the Inn serves as a meeting and gathering place for wanderers from across the multiverse. People of all sorts can be found here, from solitary Githzerai monks to boisterous Giff hunting parties...even the occasional genie if you're lucky, so long as they are willing to remain friendly and peacable, or at least keep to themselves and not cause trouble for the proprietors and other patrons.

Of Hearth and Home...

Speaking of proprietors, the Inn at Worlds' End is run by the Tosscobble Clan, an extended family of mostly halflings hailing from the Material Plane world of Thule. It was Thaddeus Tosscobble the Elder, a well-travelled though often underappreciated bard from the Clachan Vale, who established the Inn in the year 1379 TCE, not long after his discovery of the Wanderwood and its wonderous features. Since that time, the Inn has become the primary home of the clan, though typically less than half of its number actually resides there at any given time, given the clan's penchant for producing traveling bards and explorers who seek to follow in Elder Thaddeus's footsteps and wander the many worlds available to them.   The current head of the clan is Rowena Tosscobble, a fiery, redheaded grandmother who has been running the Inn for the last twenty years after she retired from her own travels. Though she generally comes across as a gentle soul who wants to make anyone and everyone feel welcome, woe to anyone who threatens her family (including any of the staff, who she treats as such) or the Inn itself, as she is more than capable of defending her hearth and home even on her own (which she almost certainly won't be).

As one would expect of a secluded country respite, the Inn at World's End isn't exactly easy to find if you don't already know how to get there. Planar travel is seldom a simple process after all. That said, the members of Clan Tosscobble have devised a simple and novel means of returning to their adopted home whenever the desire to do so strikes them, regardless of what world they find themselves in at the time.   Through the use of "seed-keys," mystic implements of various form that are attuned to the magical essence of the Wanderwood itself, clan members are able to perform a ritual to create what they call wreath-gates, temporary interplanar portals that link back to corresponding portals near the Inn. While these wreath-gates are briefly open, creatures can pass through both ways, making them exceptionally useful. Moreover, while they are quite valuable, these seed-keys can also be gifted to or purchased by friends of the clan as well, making them the primary means of arrival for returning guests. Such keys for outsiders are usually fashioned as round metal disks that are emblazoned with the sigil of the Inn (which the clan shares), but the seed-keys of clan members are often more elaborate and personalized, sometimes appearing as jewelry, actual keys, or even musical instruments.

The first experience of most visitors to the Inn at Worlds' End, unless they arrive by exceptionally unusual means, is that of stepping into ankle-deep water as they pass through the misty veil of a wreath-gate. While these portals are often free-standing at their point of origin, on the Wanderwood side they all appear among the elevated roots of the Welcome Tree, a massive mangrove-like tree that stands in the center of a shallow pond immediately next to the Hearth-Hall. For those who prefer more conventional means of planar travel however, there is also a teleportation circle at the center of the root cluster that can be used as a destination point for Planeshift spells.

The structure of the Inn itself, referred to as the Hearth-Hall, is that of a large longhouse, its upper portions fashioned of sturdy wood while its lower walls are fortified with sloping turf, such that the whole thing appears to be growing out of a large hill. Its doors and windows, of which there are many in order to take advantage of the Wanderwood's generally cool breezes, are all rounded in the style common to the halflings of Thule, and crafted of green or red painted wood with quality brass or iron fittings. Several covered chimney spouts protrude from the roof of the structure to allow the egress of woodsmoke from within.   The interior of the hall is mostly one long open space, save for the walled off kitchen and storage area at one end. The hall itself is usually filled with an assortment of variously-sized tables, though a large area is always kept clear in the middle of the floor to allow for music and dancing. A staircase descends beneath the floor at the opposite end of the hall from the kitchen, leading to the various rooms that are available below ground. Four separate free-standing fire pits mark the corners of the dancing space, providing warmth and light for the whole hall. Further, if additional light is ever required, a number of driftglobes are available, which can be positioned as needed.   The decor of the Inn, in both the Hall and the private rooms, is intentionally rustic and homely. Lots of wood and stone, generally bright and warm colored fabrics, and a surprising amount of greenery throughout.

Many Faces, One Family

Besides Elder Rowena herself, there are many friendly faces to be found at the Inn, both clan members and guests alike. Some of these include: 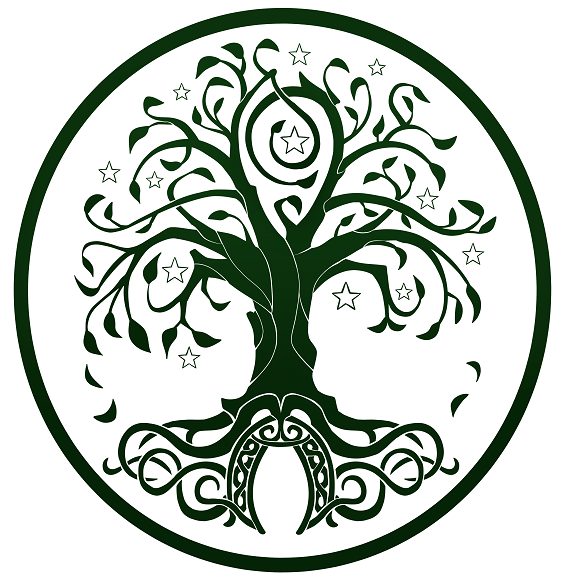 The Worlds Beyond the Wood

One can hardly talk about the Inn at Worlds' End without making mention of the Wanderwood. To the casual observer, this woodland region is little more than a vast forest of mostly ash, oak, and rowan trees, dotted throughout with numerous streams, creeks, and ponds. To a more observant or informed traveler, however, it becomes quickly apparent that this is no normal wood.   In truth, the Wanderwood is a kind of demiplanar nexus anchored within the Deep Ethereal (see pages 48-49 in the DMG for more details). Scores of planar portals can be found here, usually appearing in natural water features such as puddles, ponds, or waterfalls, and all such portals lead to entirely different worlds, either among the Inner Planes or the countless incarnations of the Prime Material. Some rumors even persist that portals to the Outer Planes can be found or somehow created here, though the Tosscobble Clan insists that they've seen no evidence of such during their long tenure as the realm's caretakers.
Type
Inn

Perhaps the most surprisingly well-kept secret of the Inn at Worlds' End, the Realmsphere is the unknowably ancient artifact that serves to anchor the Wanderwood within the Deep Ethereal. Appearing as a perfect sphere of an unknown crystalline substance, precisely one foot in diameter and its surface flickering with ever shifting runes and sigils, it was stumbled upon by Thaddeus the Elder shortly after his initial discovery of the Wanderwood itself. Recognizing its importance despite not yet understanding its true nature, Thaddeus chose the site of this discovery as the location of his new home base, which would eventually become what we now know as the Inn at Worlds' End.   Today, the Realmsphere can actually be seen suspended among the roots of the Welcome Tree, unobtrusively acting as the anchor to which the seed-keys connect. Despite this visibility, it is the exceptionally rare visitor that ever inquires about the nature of the sphere, as most assume it to simply be a part of the landmark's eccentric design. The staff, even those few who are aware that the sphere is something more, make no effort to disavow anyone of that view, and Rowena quietly takes note of anyone who expresses an inordinate amount of interest. 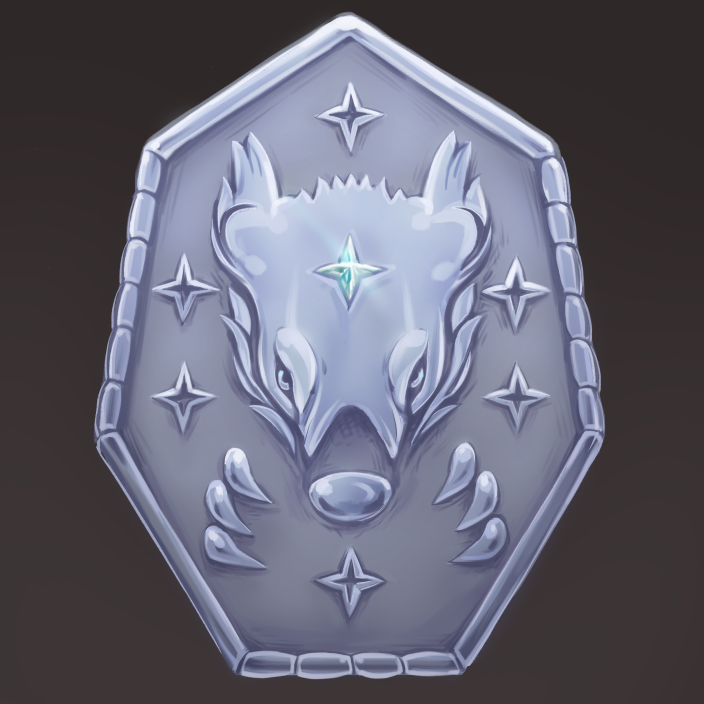 Here's my first attempt at a World Anvil contest entry. Definitely still got a bit of a learning curve to navigate with the editor and such, but I think it turned out pretty good. Win or lose, it was a fun experience.

I really love the descrptions of the staff that you have here. Being this is your first world anvil contest it was really good!, overall a good article and i hope you will check out my tavern article as well!. But yeah well done here

AWESOME!!! This is exactly the kind of tavern that I want to work into a few settings: A tavern of gates, so to speak. I'd love to visit here and bravely venture forth, after enjoying a great meal of course.