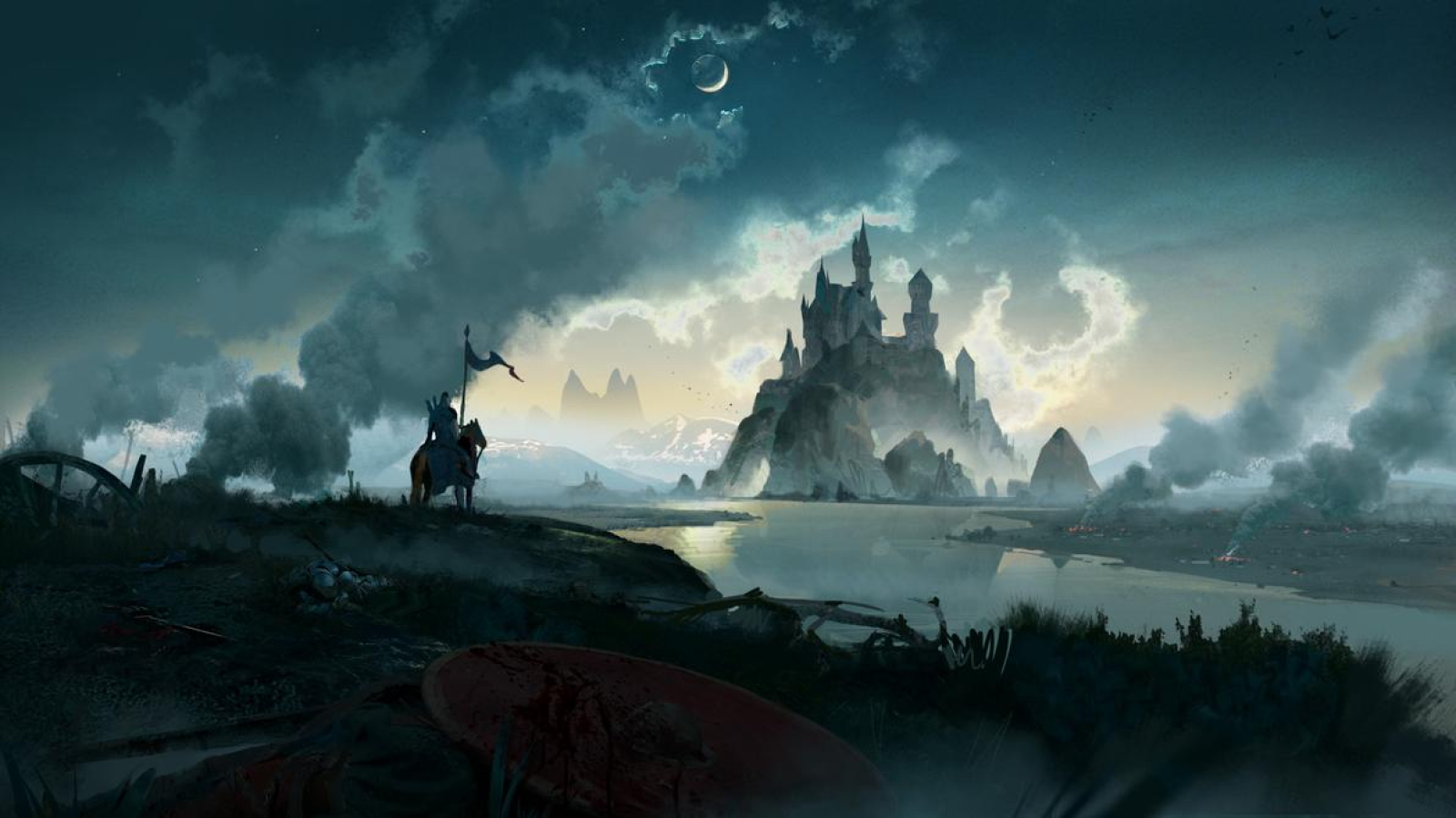 The ruined seat of House Fairborn

Fairhome is the ancestral castle and seat of power of House Fairborn and until their downfall it was also considered to be the capital of Kavania. It is in the westmost barony of Kavania, at the country's end of the Reaching Road(Geographic Location) that runs from Green Harbor well into Athlania. It is situated at the eastern side of the Reaching River, north of the Red Meadows and a hundred leagues south of the Glassy Mountains.

Currently, Fairhome has no servants as it is rumored to still lay in ruin, with rumors of various occupants over the years.

Fairhome stands high on the tallest rocky hill along the Reaching River. It is a large castle, spanning a few acres wide and one tall. Even in ruins most of its towers still stand. The hill beneath the castle was mined before the Age of Kings by ancient Kavanians, and these hewn halls have since been reworked over centuries and incorporated into the castle as underground tunnels, sewers, dungeons, and rumored escape routes, among other things. At the base of the rock that the castle is built upon, there is a walled town. Some of the inland area within a league of the castle was farmed, but this land was looted, torched, and razed years ago.

Built over 800 years ago, by the first ancestral patriarch of House Fairborn, Lain Fairborn, who proclaimed himself king of the then-unclaimed lands that would later become Kavania. He granted his favored nobles lands and titles, and kept himself a rocky mound beside the great merge of the Reaching River. It took twelve years to build the castle Fairhome.