White Wolf Valley is a large expanse on the western region of the Mainland. The valley lies between Th Evergreen and Betrayal Ridge and includes the city of Overwatch. It stretches more than half way to Winterhaven in the north and recently has been the scene of more than a few conflicts.   The area is currently recovering from the massive battle that took place near Overwatch but is still littered with the remains of the armies who fought there.

The valley has many dangerous creatures due to its centralized location. Kobolds from the forest, dragons from the north and orcs from the west have all caused their share of damage in the area. Giants, dire bears and drakes have also been spotted in the valley on occasion. 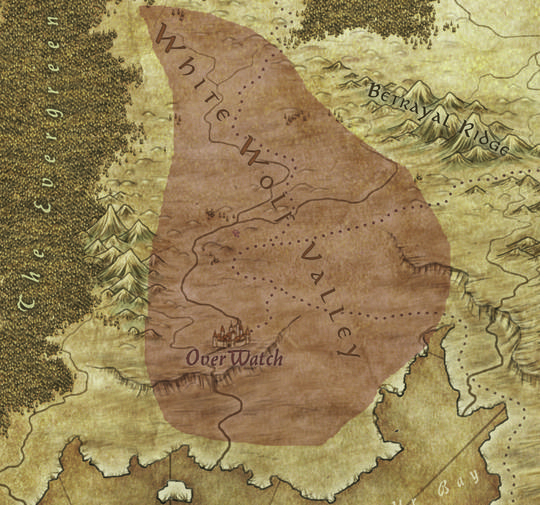