Can they be reasoned with?

If you asked the people of Ellara what creature strikes the most fear into the hearts of anyone traveling across the continent, "Orcs!" would be the most common answer.

Orcs are savage, fearless and attack in large groups. They rarely take prisoners and only those who can outrun or out fight them are likely to survive.
The species is not native to Ellara but over the centuries they have made it their home and expanded the grounds they inhabit.

The Divide and The Dead Wood's names are both influenced by the Orcs and the danger they pose. Anyone daring to travel through this stretch of the continent should hire many qualified guards and move as swiftly as possible.

Until recently, there was only one tribe of Orcs comprised of many clans and family units. The camp rests far too close to the city of Donhurst, having caused that city to build high fortified walls to repel the frequent attacks. The tribe's hunting area covers a huge swath across the center of Ellara, from the Stonesunder Mountains south to the Pyre Forest. As mentioned, they roam to the east of Donhurst and nearly to Aubrey but have sent exploration teams much further than that.

In the year 1263, a small group of Orc left the Bru'gal camp with the intention to look for new land to expand to. Initially, they broke camp on a hill overlooking the King's Road at the north end of White Wolf Valley. They were happily clearing land and building a new camp when a group of adventurers who took a diplomatic job as a favor to Winterhaven came to ask them to relocate.
Malchus Grimnas took the lead in the negotiations with artistic help from Aria L'theya attempting to bridge the language barrier. The group did eventually convince the Orcs to move southwest and they began building a new camp on the eastern edge of the The Evergreen. This of course angered the Elves in the Evergreen and skirmishes began between the two factions almost immediately. (see below)

Due to proximity, the Bru'gal Clan have had near constant conflicts with the Dwarves from the Stonesunder Mountains just to their north. The Dwarves, like their neighbors are very territorial and are unwilling to share the same resources.

More recently, the Elves and the Orc of the Moz'zog clan have been fighting at the edge of the forest in what may eventually turn into a full scale war. A group of adventurers, working for the city of Winterhaven and having helped rescue some Orc who were taken as slaves helped to arrange a cease fire between all parties.
Not enough time has passed to see if the truce will hold in the long term.

Both tribes operate on the same premise, that the strongest leads. Many Orc have died in contests of strength for little more than self confidence. The current leader of the Bru'gal is unknown to the outside world. The Moz'zog are led by Gork-al with Or'rag second in command. 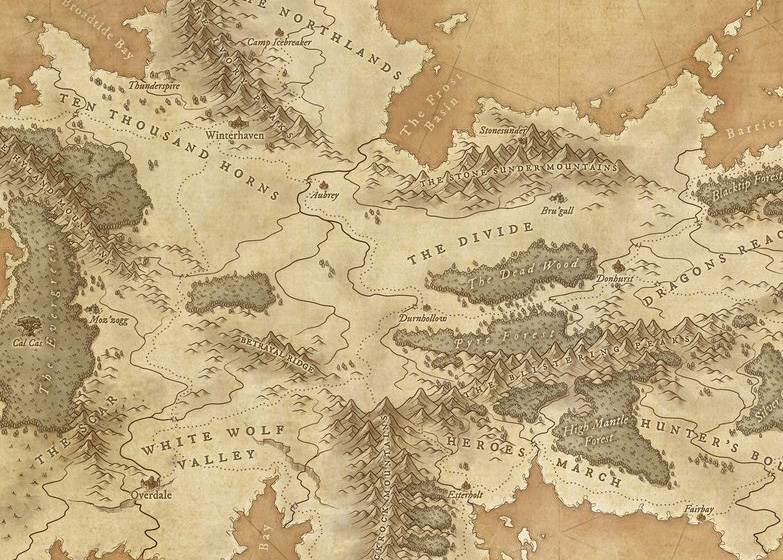