This Temple to the whale god Tohoraha, Whale, The Lore Keeper, The Watcher is built on a restored Hyperborean ruin bearing the traditional columns and features of the old empire. It has commonly been used as a temple to the whale God, but recent construction at the approval of the head priest has expanded it into a place of learning.   A handful of priests and teachers offer education to those who pay the somewhat steep 500g fee. This includes food, board, religious services and education for the Gods - not just to Tohoraha - and basic education. Those gifted in the magical arts can receive instruction as well. Only the wealthy can afford it, but most in Saltmarsh and even some from neighboring towns bring their children here to enroll them.   The temple is an attraction to many who come from far-off lands, and at the suggestion of Keledek, mooring fees are waved if the temple is allowed to copy a new book from the ship. Because of this, the temple has a burgeoning collection of books as the library continues to expand. It doesn't excuse ship captains from other taxes, but the knowledge that the mooring fees could be waved has resulted in traders bringing books from far off just to avoid them.   Its structure is built directly on the sea, and its waterways extend in a series of canals throughout the structure akin to irrigation. These were likely decorative originally, but have been expanded to cater to Monroe, the Merfolk who runs it. This allows him to traverse to the various sections. The water in the temple goes into the sea, and as such it tends to cool the temple down. For this reason fires must be ran frequently to heat the place.

Monroe is a particularly intelligent and gifted Merfolk who took an interest in Saltmarsh many years ago. He was not capable of performing many duties found in the village do to his inability to leave the ocean, but found himself commonly visiting the Temple of Tohoraha. He became a priest to the whale God, and after some time became the temples leader.   He is a good teacher and was suited well to transforming the temple into a place of learning. He has to be very careful with the handling of books due to being constantly in the water, and a few accidents The temple has a series of ladders and poles that allow him to access the books and much of it is designed to be suited for his use.   He is light for a merfolk which aids him well, but is also poor with a weapon. Some of the docks have poles specifically for his access, and he is a welcome sight around the village.

Aina is a fey mermaid. She frequented Kennmouth and was friends with the priestess there until her untimely passing. She still visited it on occasion, but when a curse befell the city she was trapped in a cave. Much later a group of adventurers finally removed the curse and she was free.   After learning of Saltmarsh she made her way south where she found Monroe and the temple. Since then she has made it her home, the unique waterways of the temple well suited for her form. 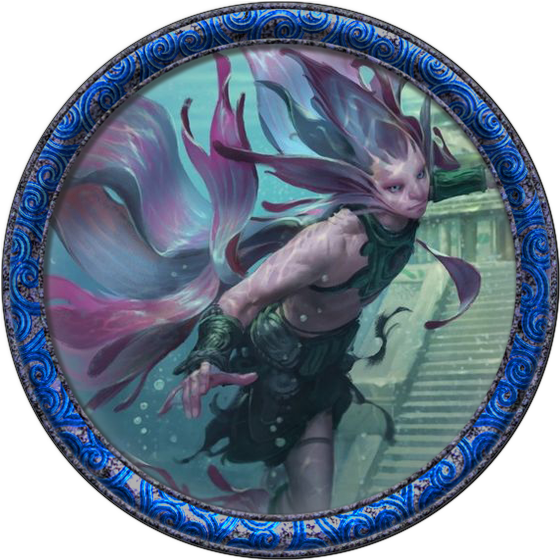 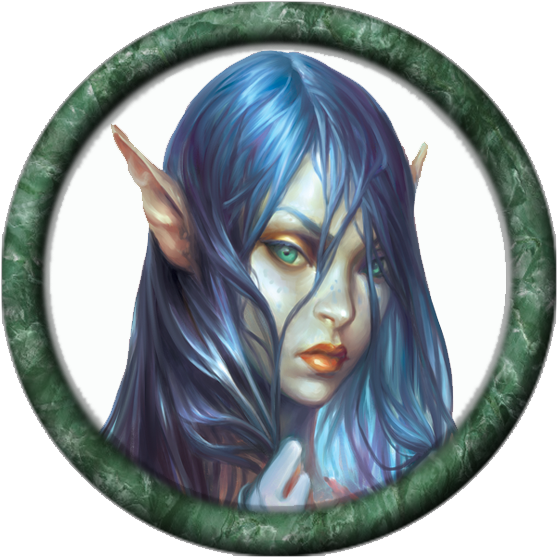 Aina   Temple to:
Tohoraha, Whale, The Lore Keeper, The Watcher