Thousands of years ago, the githyanki and the githzerai comprised a single humanoid race held in thrall by the dreaded mind flayers. After the mythic hero Gith led her race to freedom from their illithid masters, the ancient gith divided into the two rival races they have been ever since. While the githyanki pursued a path of cruel aggression, martial power and arcane might, the githzerai turned their attention to the mysteries of the inner self and became a race of mystitcs who harness the power of the mind and the spirit. Now the githzerai travel far and wide across the planes, opposing the sinister plots of both mind flayers and their own githyanki kin.   Githzerai rarely use two words when one will do. They tend to be cynical and suspicious, and generally expect the worst in people. They do not waste time on fools, and rarely move to help those unprepared to help themselves.   The githzerai willingly dwell in the heart of utter chaos in the plane of limbo, a twisting mercurial place prone to manipulation and subjugation by githzerai minds strong enough to master it. Limbo is a maelstrom of primal matter and energy, its terrain a storm of rock and earth swept up by torrents of murky liquid, buffeted by strong winds, blasted by fire and chilled by crushing walls of ice.   The forces of limbo react to sentience, however. Using the power of their minds, githzerai can tame the plane's chaotic elements, causing them to settle into fixed and survivable forms, creating oases and sanctuaries within the maelstrom.   Unlike the Githyanki, the githzerai are not particularly contemptuous of Primes and rarely trouble their inhabitants. While githzerai are usually calm and disciplined in their conduct, they feel nothing but cold, purposeful hatred for githyanki and mind flayers. They also have a bitter rivalry with the slaadi.   Githzerai do not place as much importance on family or clan, preferring to organize their society by merit. They have developed a wealth of traditional titles and ranks that are awarded to individuals as they become warranted, and they refer to one another by simple names in daily life.

Ability Score Increase: Your Dexterity score increases by 2, and your Wisdom score increases by 1.
Size: Your size is Medium.
Speed: Your base walking speed is 30 feet.
Languages: You can speak, read, and write one human language (commonly Westerling/Common) and Gith.
Innate Psionic: You know the Mage Hand cantrip. The hand summoned by this spell is invisible. You can ast the Jump or Feather Fall spell once per day. Once you reach 3rd level, you can cast Shield once per day. Once you reach 5th level, you can cast See Invisibility once per day. These spells are psionic powers, and therefore do not need material components. Wisdom is your spellcasting ability for these spells.
Psionic Interaction: You have proficiency in Perception and the Insight skill. 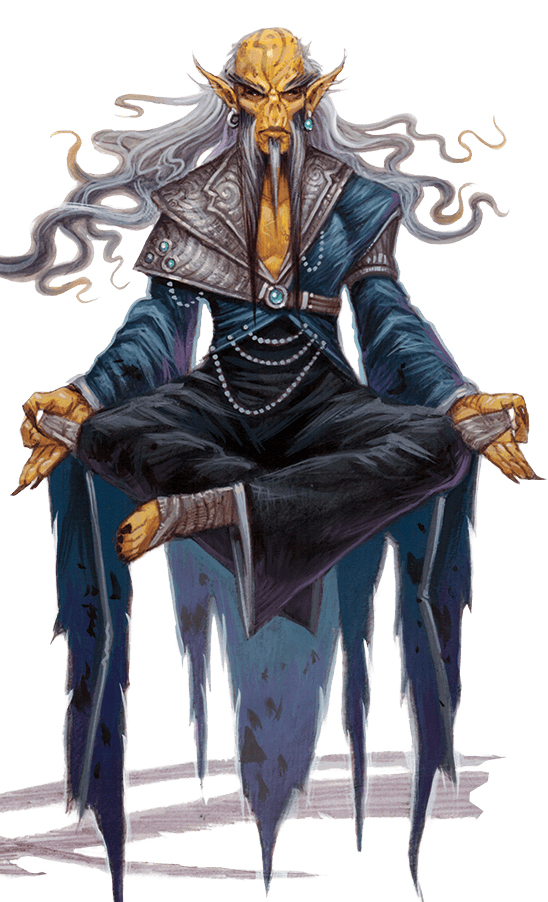 Remove these ads. Join the Worldbuilders Guild
Other Races - Monstrous and Rare