​Narrah, The Lady of the Moon, The Pale Sister 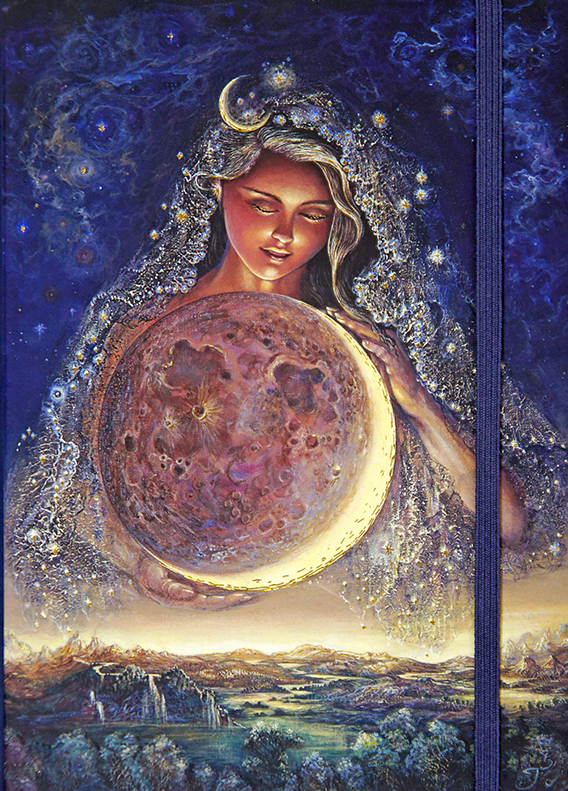 Alignment: Neutral
Domains: Nature
Symbol: The Sickle (a crescent moon)
Garb: Dark hooded robes, midnight blue cloaks
Favored Weapons: Sickle
Form of Worship and Holidays: Prayer services held weekly on the night of Sistersdag. Regular worship and fasting on nights of the full moon. Lunar eclipses and other astronomical events such as the new moon and the double moon (when Narrah and Sybil are both full), are sacred to Narrah. Each month on Moonless Night, the followers of Narrah hold a short prayer vigil at sundown and then go forth in numbers, armed and armored, to battle the followers of Cybele and defend against raids by the Nocturnals.
Typical Worshipers: Druids, stargazers, lycanthropes, oracles, bards, some fey
An ancient and oft-forgotten goddess, Narrah has looked down upon the face of the lands as the greater moon known as the Pale Sister, since the beginning of the world. Worshipped by star-gazers, lycanthropes, and lovers alike, the Lady of the Moon is neither good nor evil, light nor dark. She represents neutrality is its most natural form. She is the moonlight in the dark, the push and pull of the tides, and the navigation point when one is lost. Actively worshipped by druids who remember the ancient traditions of the Old Way, she imparts the secrets of the universe under the cover of night. Though most folk refer to her only as the Pale Sister or, perhaps, Luna and think of her only as the larger and brighter of the two moons rather than as an actual goddess.​
Divine Classification
Deity

Remove these ads. Join the Worldbuilders Guild
Deities of the Lost Lands