Intent on fulfilling the promise to Milvoj to rescue the children, the group quickly made their way out of vallaki and began the trek east. The trip took a mere couple hours, being not far from the towns gates, and soon the party saw the ominous windmill standing in the distance. 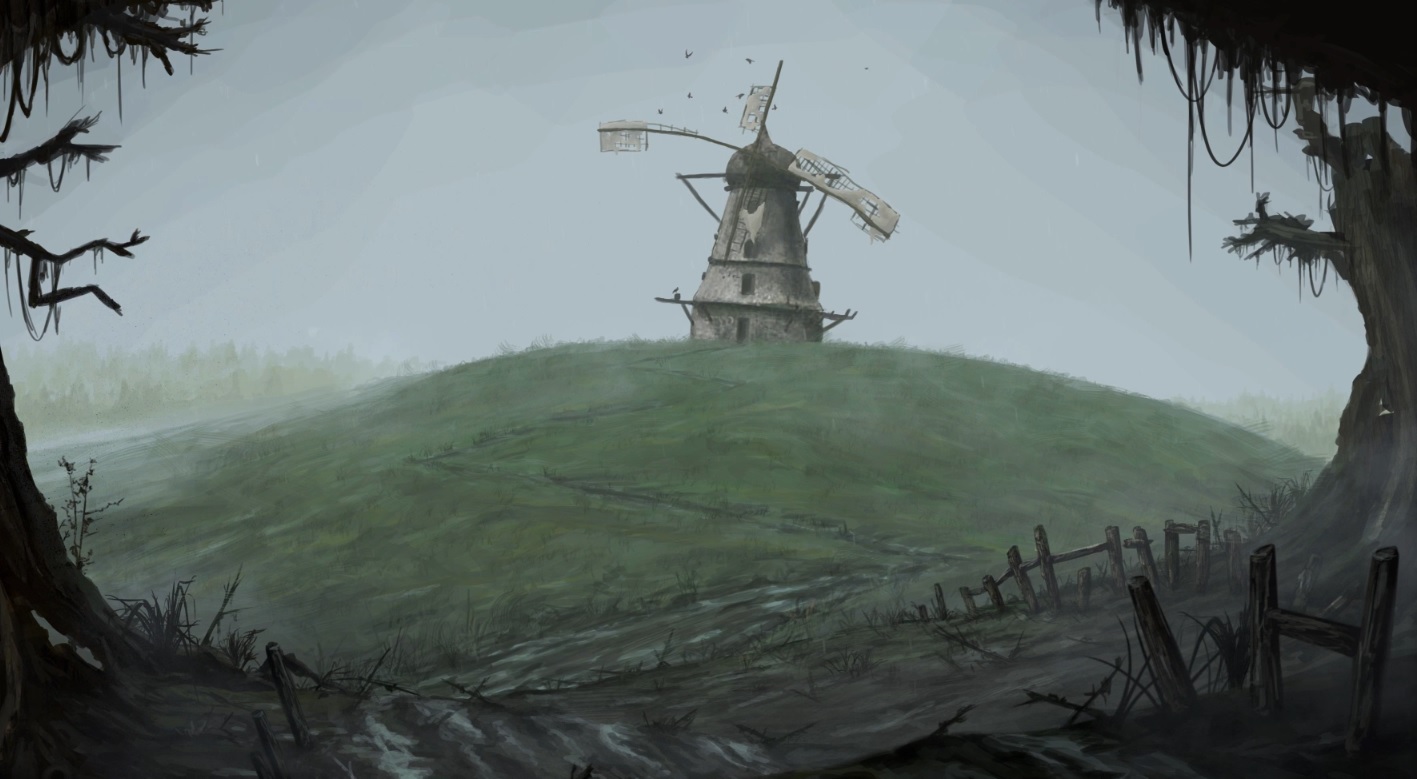 The group briefly discussed their plan in the shadow of the structure and pondered as to what evil may lie within. Unable to see much in the hard-packed path, Wixley examined the path for evidence of activity. There were signs of small child-sized footprints, as well as three distinct adult-sized footprints.   Judge used his divine senses to look for the presence of evil within, and having sensed at least one fiend on the lower level the group cautiously approached the door. The raspy voice of Morgantha rung out from the interior, asking if the group had come for her dream pastries.   After being invited into her dwelling, her and her daughters seemed confident that they could handle the party and tried ot negotiate. After realizing the floor was littered with small bones and having suspicions of what the dream pastries ingredients were, the party wanted nothing more to do with the vile hags and attacked!   The coven opened up with some devastating attacks including a lightning bolt, but the tide began to turn as the group used stunning strikes and Wixleys spirits to control the battle. Morgantha fell first after coordinated strikes, her daughters attempted to flee but using magical senses and their impressive speed the group was able to strike them down before they could escape!   Inside the group found a single small child, unfortunately the rest were gone. Putz was grateful to be rescued although deeply troubled by the terrors he had witnessed. He thought Qiao an angel, and quickly latched on to the group. Wixley inspected the attic and helped remove some nests so that they would not be hurt, and in doing so found a mysterious locket the birds had deposited there containing the picture of a young tiefling with pink hair.   After leaving the horrible windmill behind, Judge set it ablaze and the group walked solemnly back to Vallaki. 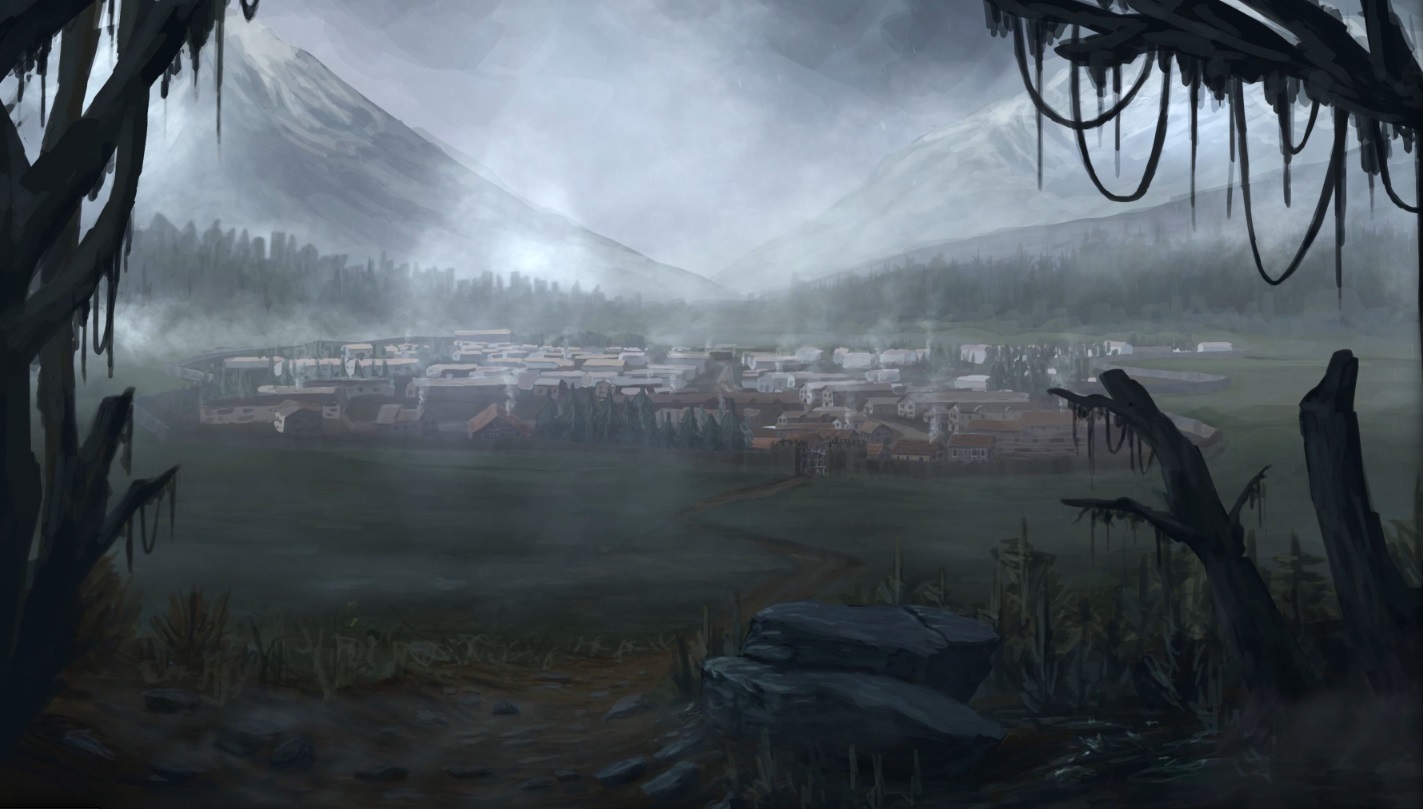 Upon arriving back at the town gates, the guards this time were prepared for the group this time and confronted the party in force. A dozen or so informed the group the baron wished to speak to them. Before going, the guard agreed to let the party drop off Putz at the church with Milivoj and let them know what had happened. After doing so, the group was escorted to Burgomasters Manor to find out what he wished of the party. 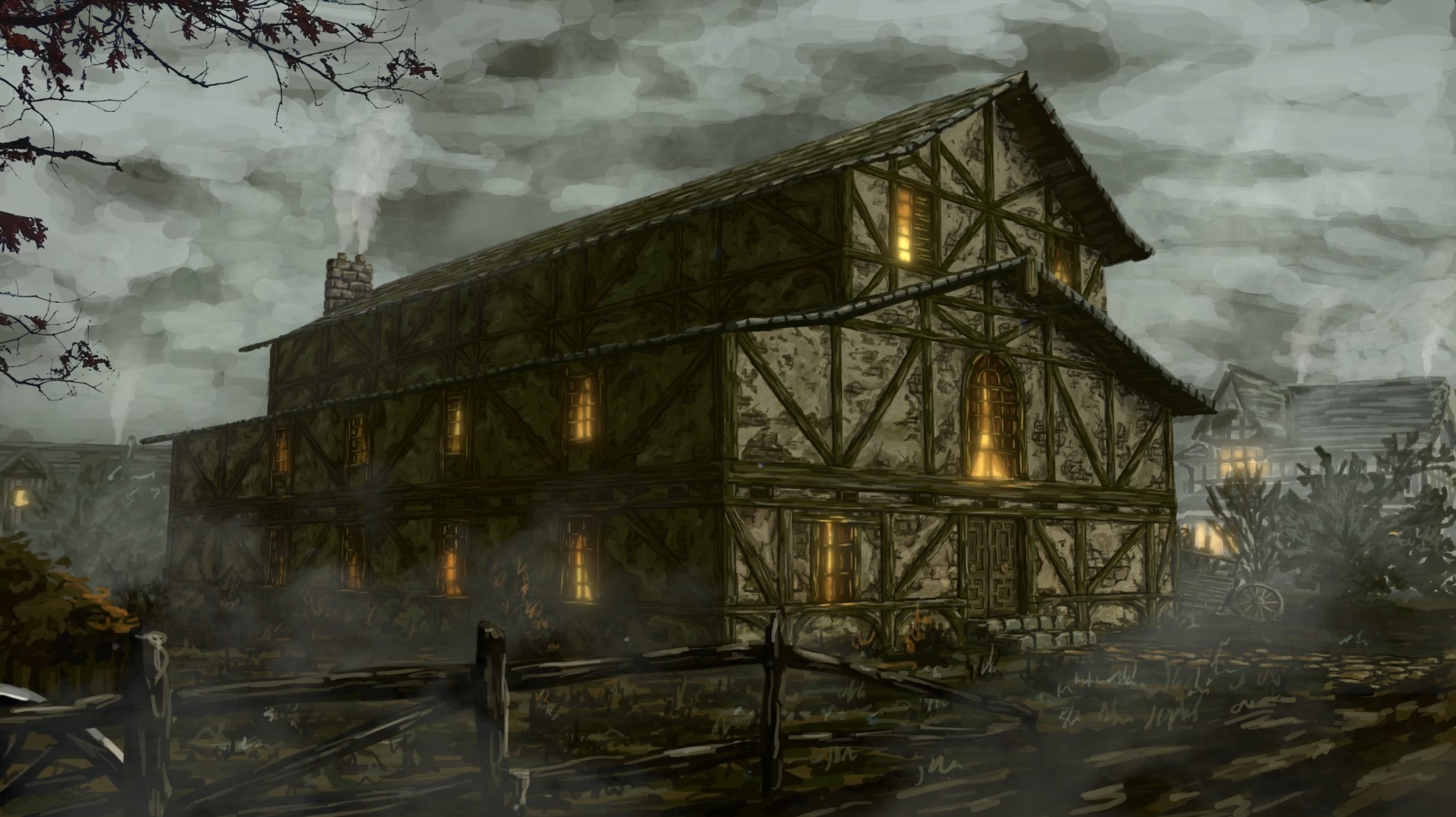 Upon arrival, the group was escorted to the Barons lounge. He stood up, and his serious expression quickly faded as he congratulated the party on their job well done! The vampires being rooted out were credited to the party, and he wished to parade the group in the upcoming festival in appreciation!   Before leaving, Qiao spotted a strange satchel that had gotten kicked under some nearby furniture. Qiao snagged it without anyone noticing, and on the way out investigated to find a small journal. Upon investigation, it seemed to be penned by Viktor Vallakovich, the barons son. Wixley took the honor of reading the notes to the party, resulting in some disturbing revelations. (See Sidebar for the journal entries).   The group was horrified by what they had read, but had not yet come to a decision on what to do with the information. For now it was time to retire, and the group returned to St. Andrals Church to reconvene with their friends. 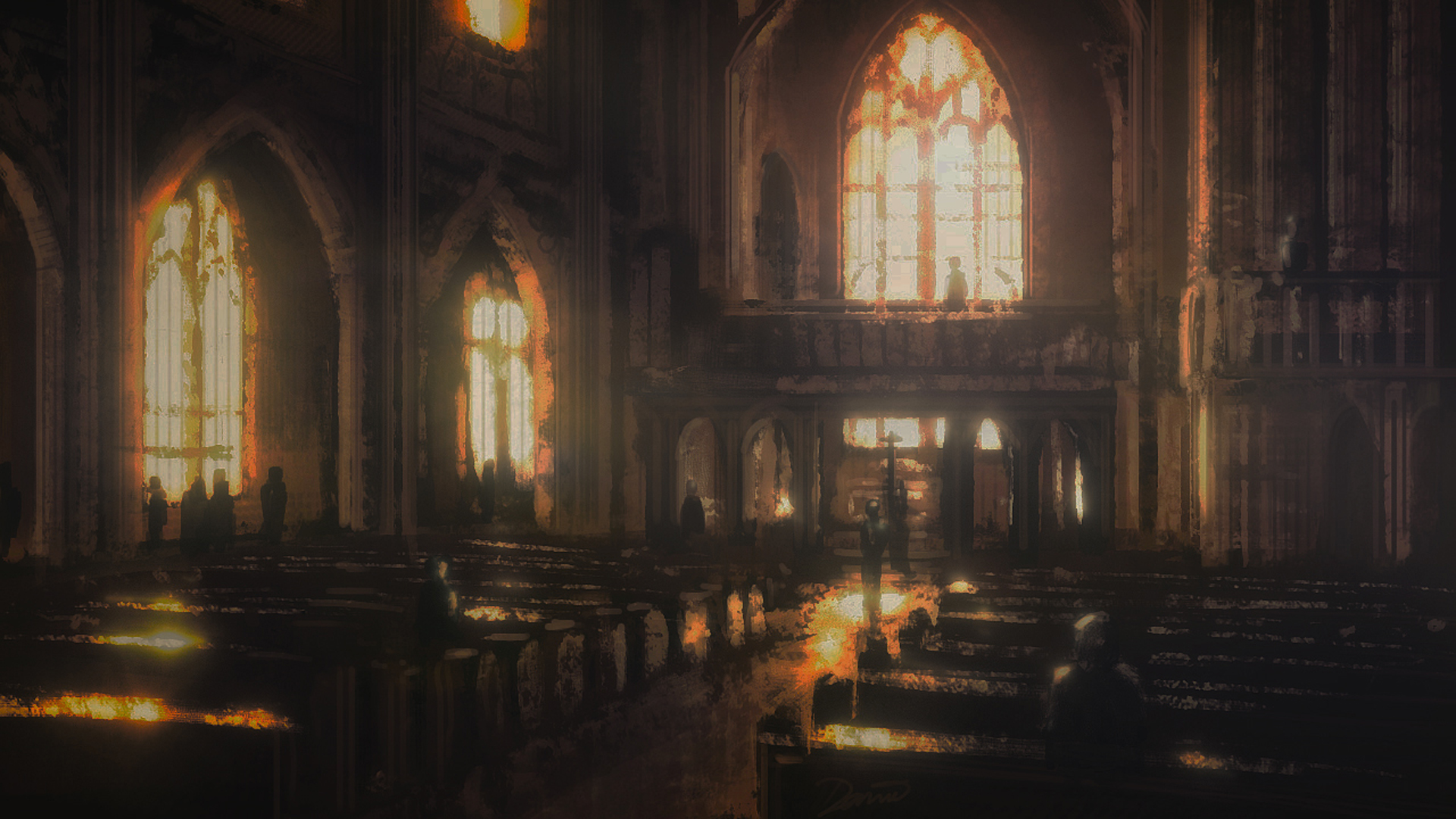 Back at the church, the group caught up with Ireena and Ismark who had begun to make themselves at home. The pastor once again thanked the party for their work, and the group began to discuss their plans going forward. All of a sudden a loud CRACK echoed out from the churches entrance as thunder bellowed overhead. A silhouette was seen in the entryway to the church, and after a second thunderous roar range out, the lightning illuminated the form of the devil herself, MORRIGAN!   The priest confronted the vampire and presented his holy symbol. With the confidence that Saint Andrals bones had consecrated the holy grounds, he commanded the vampire begone! She looked up, fire blazing in her eyes. A single foot began to move forward before crossing the threshold to the church. He recoiled in terror, how was this possible?! Before he could act, with blinding speed Morrigan lunged forward and grabbed the priest by the neck. Without uttering a word, he shriveled up Morrigan discarded the priest in a smoldering heap.   With another step, Morrigan approached closer... 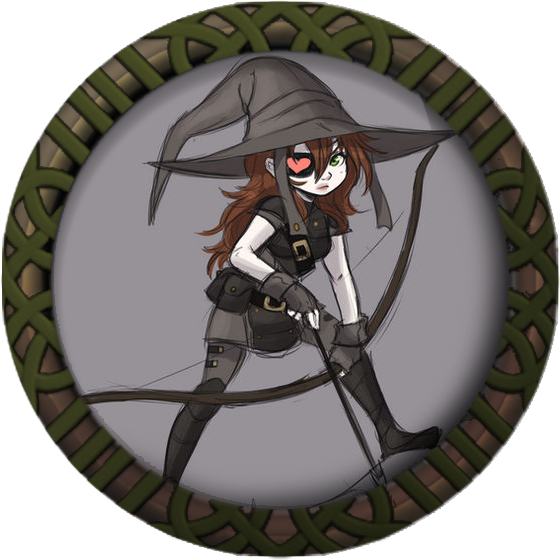 Wixley - The small halfling fights with bow and is an expert in dealing with undeath. She has abhors cities and civilization and is much more comfortable in the wilds. 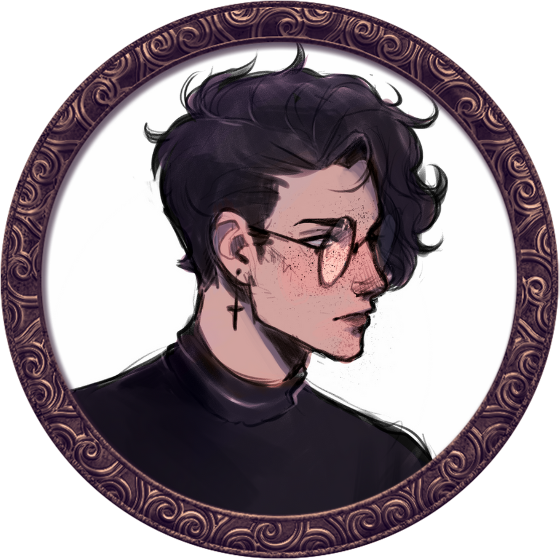 Fabian - A powerful sorcerer overflowing with magic, the aasimar sorcerer brings a potent suite of spells to the table to take down all foes. 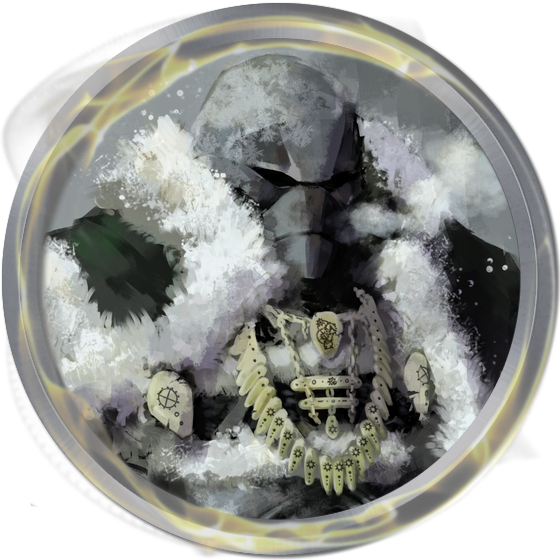 Judge - The stoic worshipper of Muir, his combat expertise and righteousness leads the group to glory against all evil assailants who would dare challenge the group. 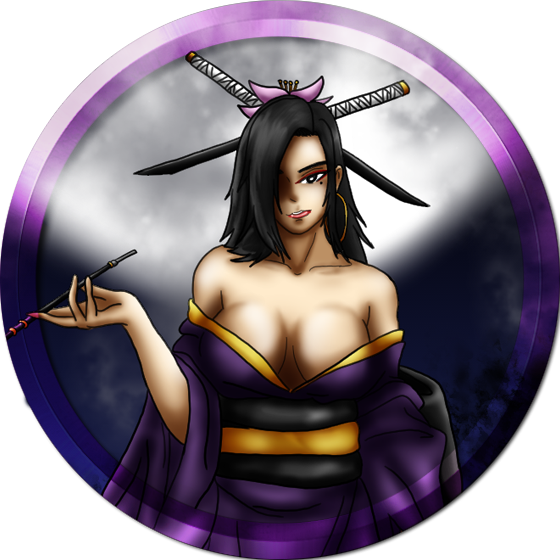 Qiao Tai - An astral monk from the distant realms of the Xha'en Hegemony, she has traveled far and found herself in the lands of Barovia. After resting at the Church of Solanus, she heard the commotion in the graveyard and quickly rushed to the groups defense to fight off Morrigan's undead. She now joins their group in the crusade against the vampire. 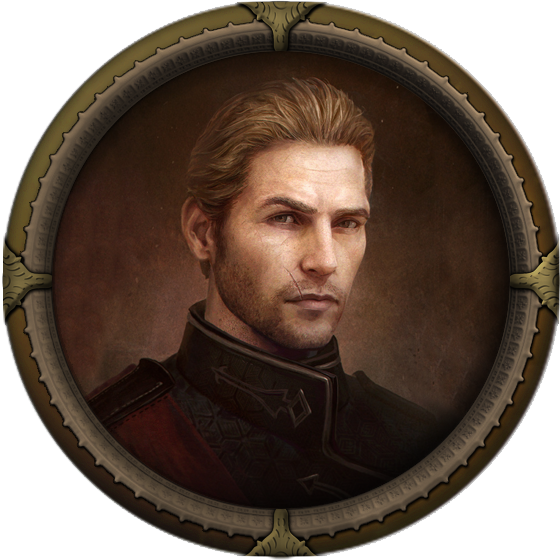 Ismark Kolyana - Ismark was met in the Village of Barovia. Morrigan had become infatuated with his sister to some unknown sinister end, and the two feared for her life. They have joined the party in the journey to Vallaki where they seek safety. He has done his best to put on a brave face, and with Judges help has been training to be better at combat. 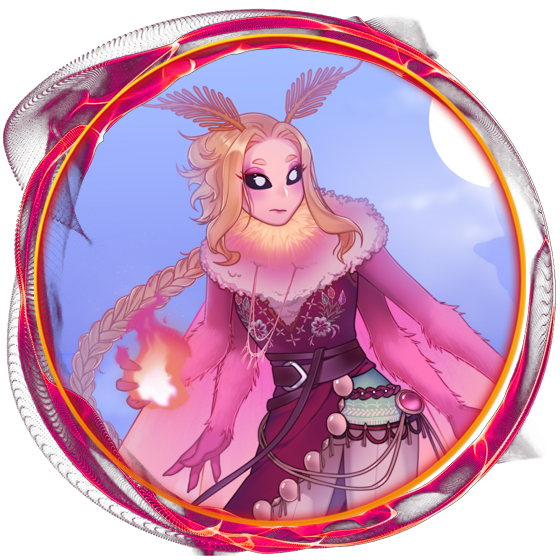 Ireena Kolyana - The adopted sister of Ismark, she has been bitten twice by Morrigan and fears for her life. She knows not what the horrible vampire might want from her, but has joined the group in their journey to Vallaki in hopes of finding safety. She has some latent power that she has begun to exhibit, as she was able to light a campfire using magic, and after being attacked by Morrigans wolves she unleashed a devastating wave of force that killed them. She is trying her best to learn to control this energy, as well as to prove her usefulness to the group. 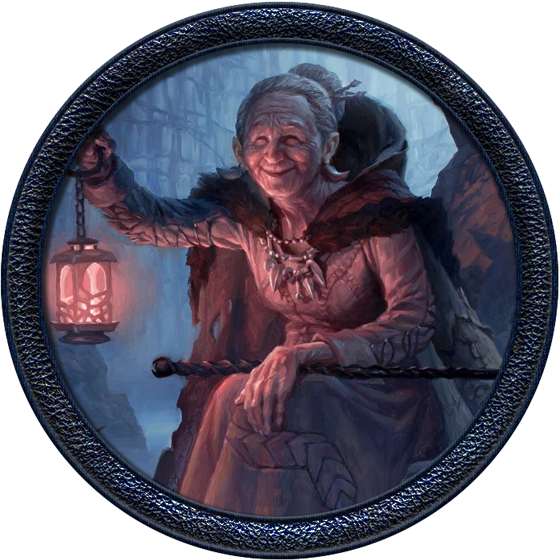 Morgantha - The night hag leader of the coven, she and her daughters had been kidnapping children from the local towns and turning them into Dream Pastries! The group was able to defeat the vile fiend after a climatic battle at the Windmill. 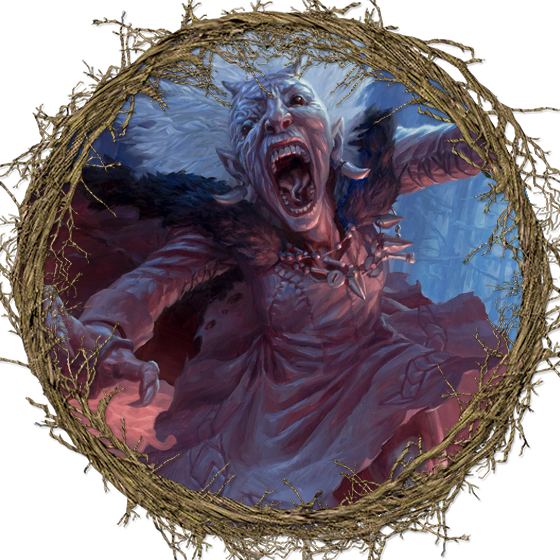 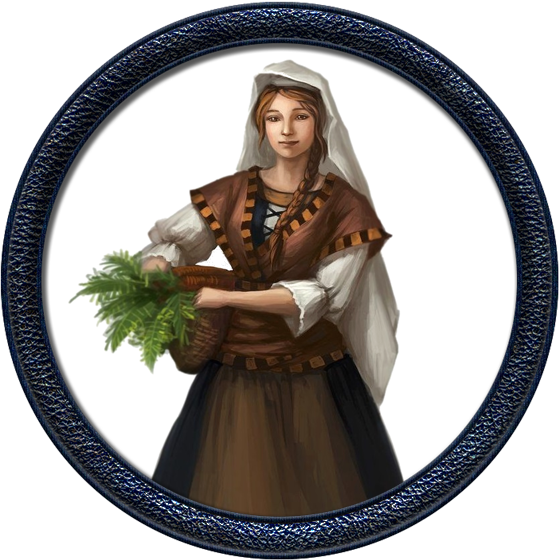 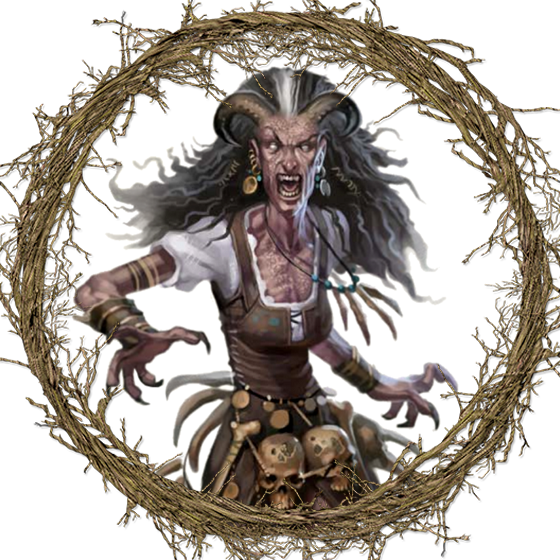 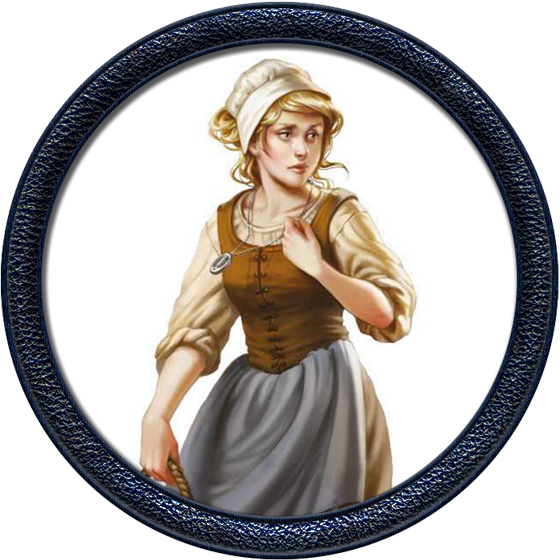 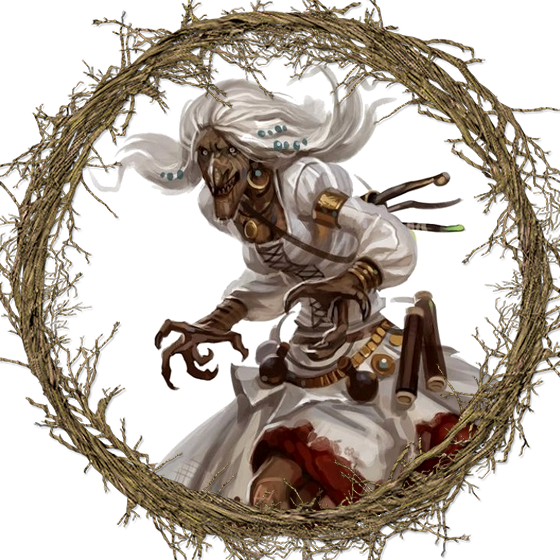 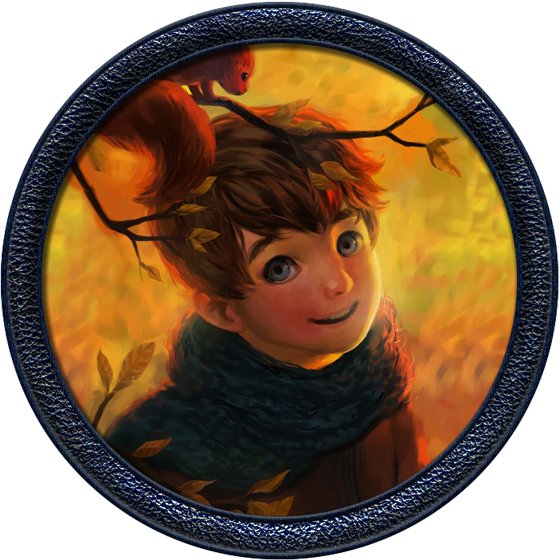 Putz - A young child and captive of Morgantha, he looks up to the party and sees Judge as his hero. He asked if Qiao would adopt him, who promised that once her work was done she would come back for the boy. He has been returned to the orphanage in Vallaki, and hopes one day to find a home. 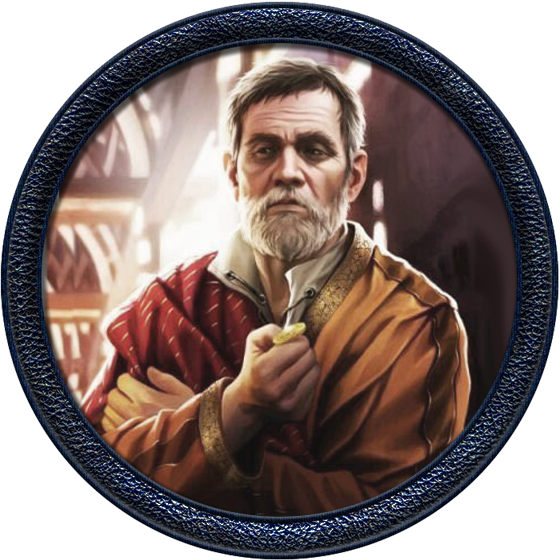 Baron Vargas Vallakovich - The Baron of Vallaki, he was met at his manor. While he was accommodating and welcomed news of the town of Barovia, this only solidified that he was doing the right thing to protect his town. The group disliked the idea of his festivals, and also distrusted his associate Izek. He tried to hail the party as heroes for stopping the vampire threat, and wished to have them appear in the parade, but the party wanted nothing to do with him. 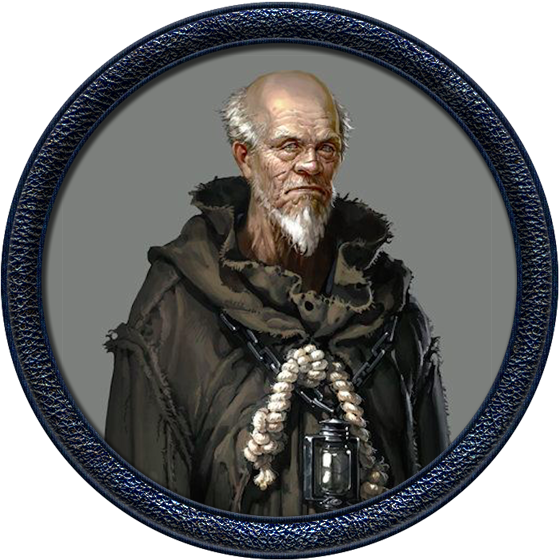 Father Lucian Petrovich - The priest of Saint Andrals Church in Vallaki, after gaining his trust he told the group that someone had stolen the bones of the churches founder. With the relic returned, he agreed to harbor Ireena and Ismark where they would hopefully be free from Morrigans ire. When Morrigan arrived at his church, with the power of his god and the consecrated bones of Saint Andral, he presented his holy symbol to ward off the evil vampire. Unimpressed, Morrigan stepped through the threshhold, and vaporized the poor man. 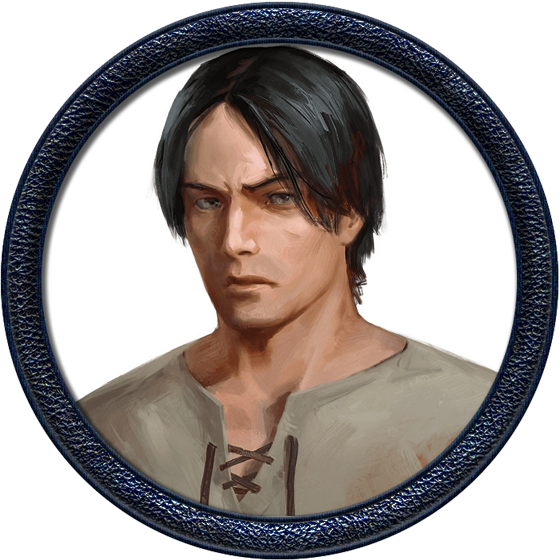 Milivoj - He had grown up in the Orphanage before getting work at the Saint Andrals Church. After three children went missing, he stole the bones of Saint Andral for the coffin maker in order to buy weapons and armor, in a desire to get them back. He is grateful for the return of at least one of the missing orphans, but wishes he could have done more to save them. 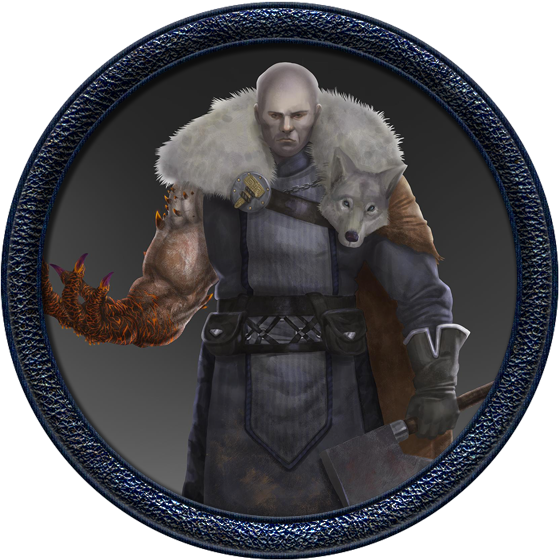 Izek Strazni - A mysterious, brutish man with one larger deformed arm. He appeared to be the Barons enforcer, and though he was somewhat dim he did appear to follow orders adequately. It was learned he has numerous dolls that all look like Ireena, but when the party delivered the latest one he seemed discontent with it. 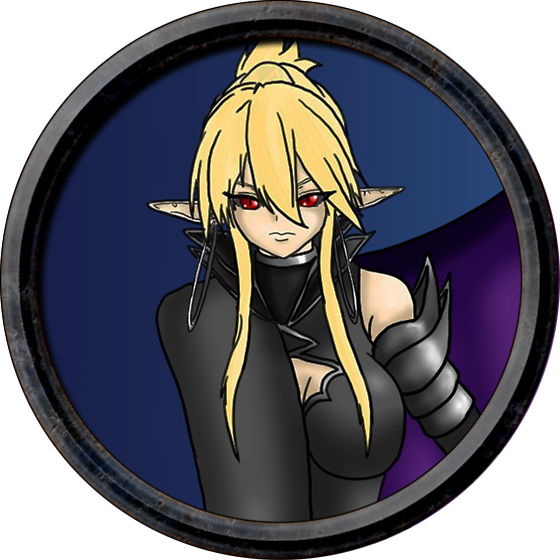 Morrigan - The devil herself and curse upon the lands of Barovia. She has confronted the party once at the Village of Barovia and her minions have been a constant thorn in the parties side. Most recently she has appeared at Saint Andrals Church, before slaughtering the impudent priest and confronting the party. 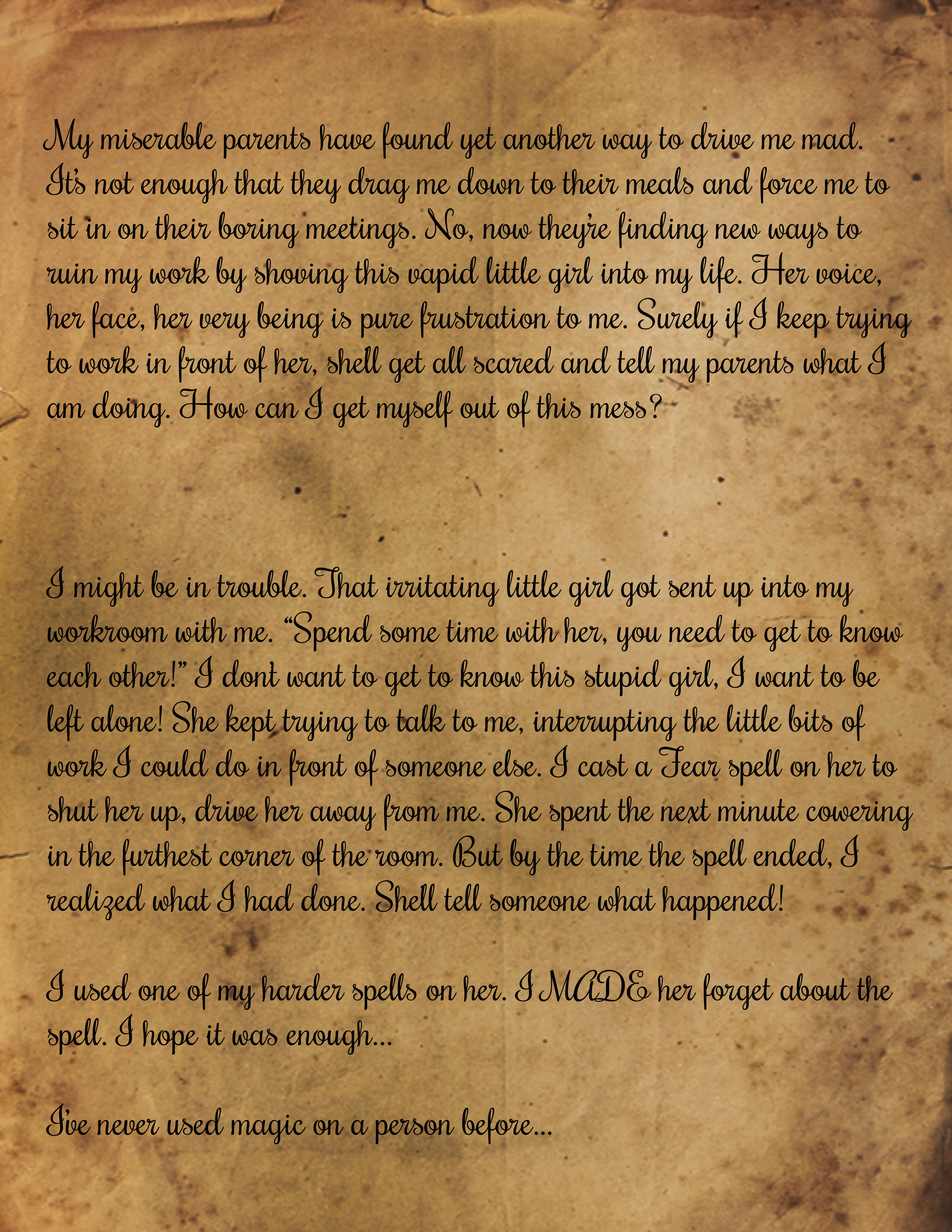 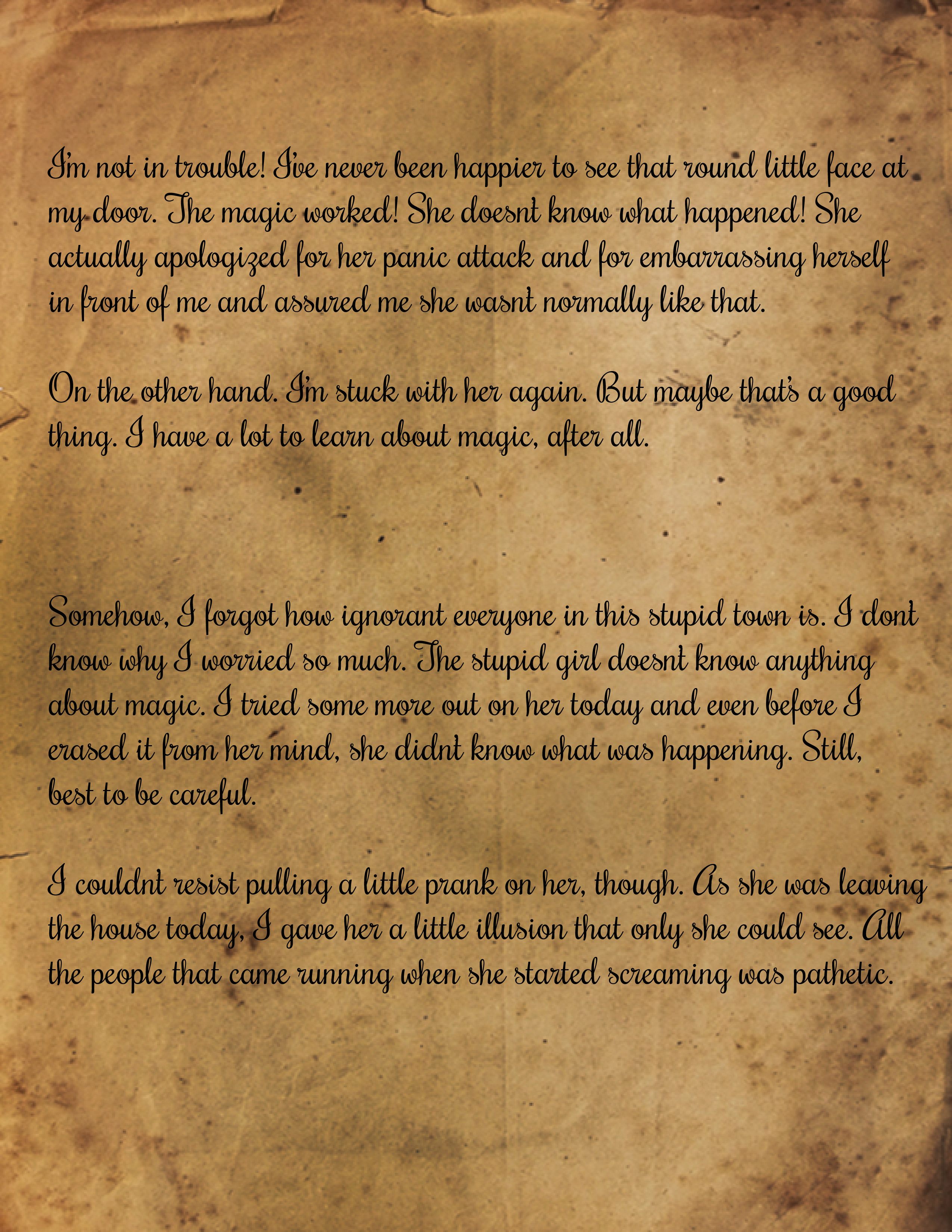 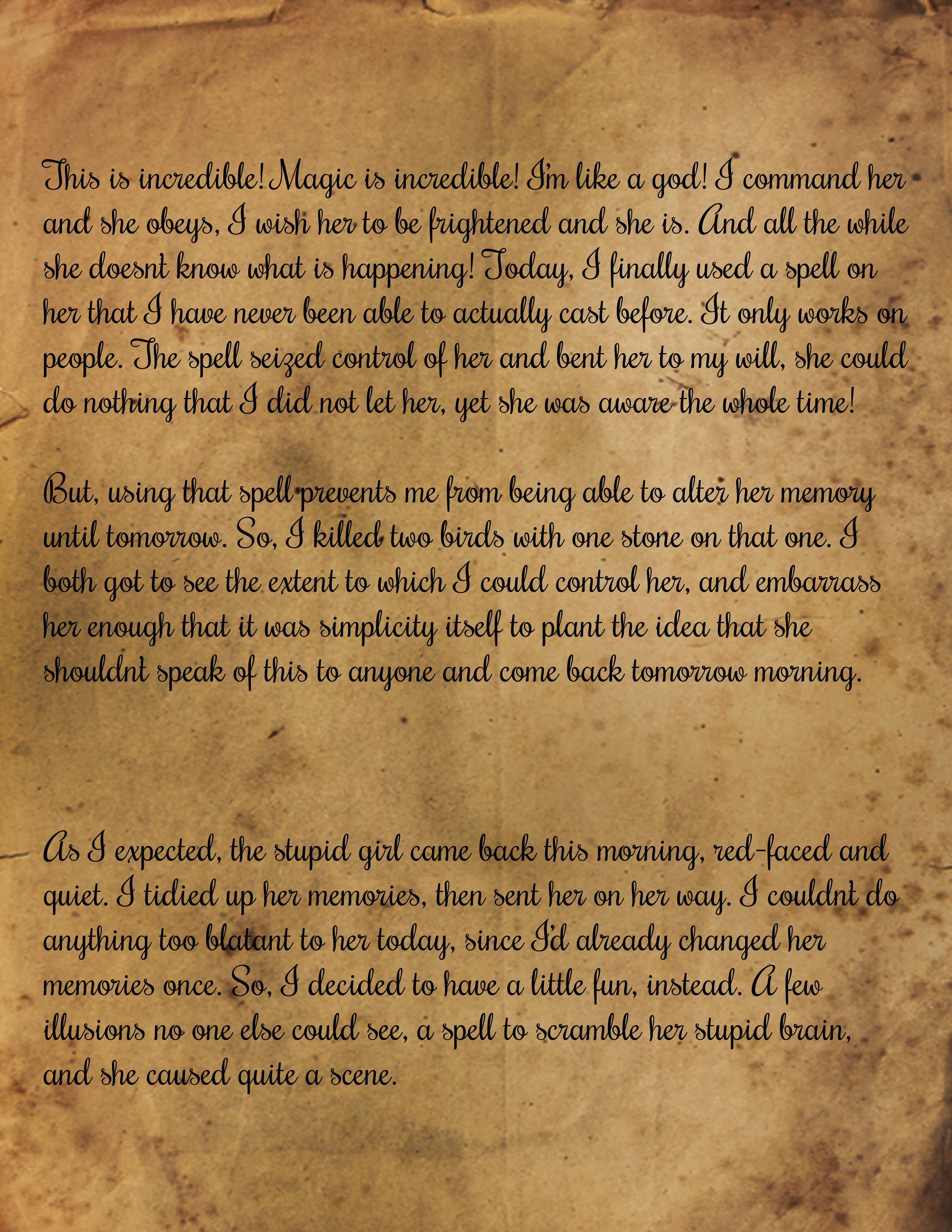 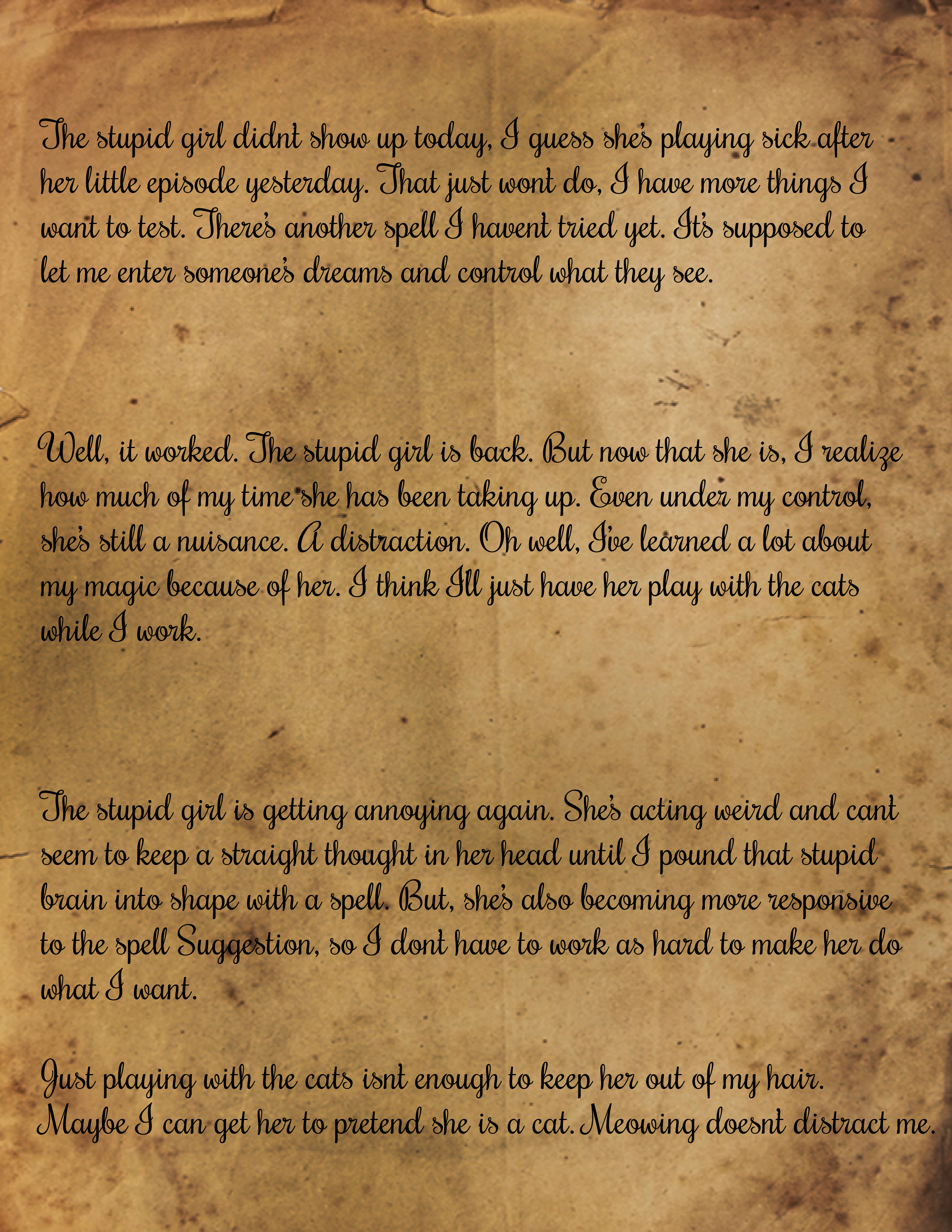 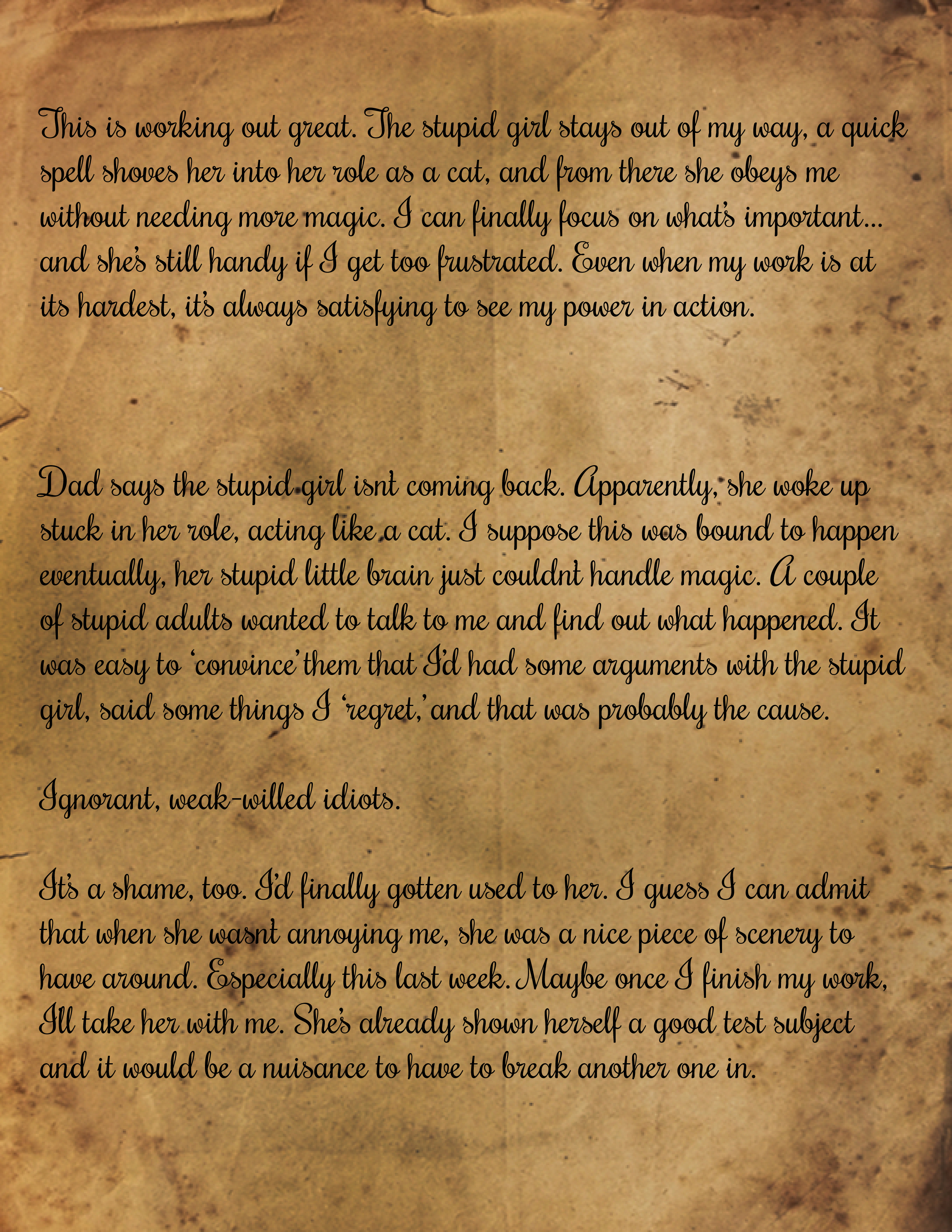 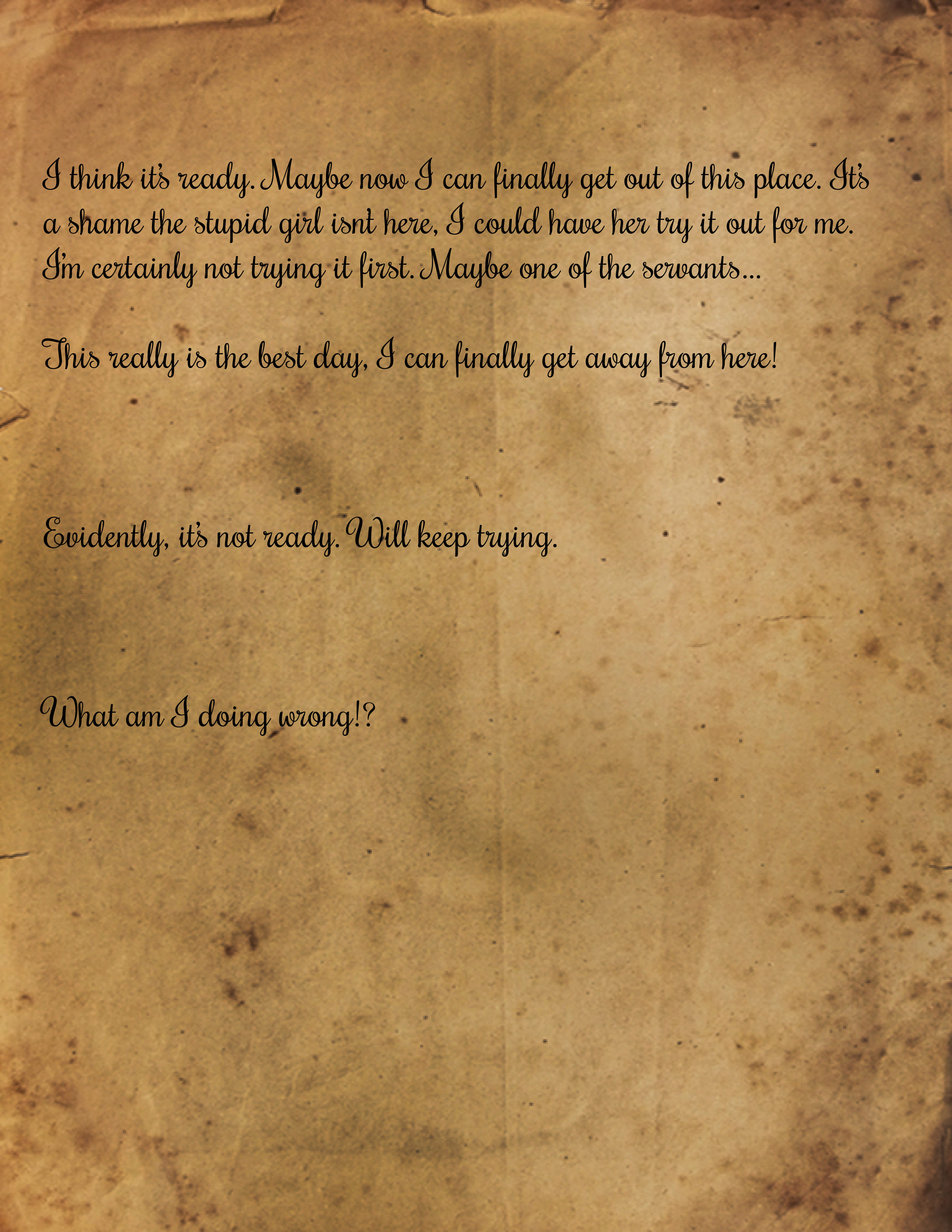