[the Vaati] are a proud and noble race of immortals, though their struggles against Chaos have weakened them. The are masters of the element of air.
-Dragon Magazine 224

Aeons ago, the vaati ruled a vast empire spread over several worlds on the Prime Material Plane, with footholds throughout the planes. When war between Law and Chaos erupted, the vaati were nearly annihilated. They survived only by creating the Rod of Seven Parts and using it to end the war.
-Dragon Magazine 224

From this, we can find that the Vaati are a race that once ruled many worlds, but fell in fighting chaos. This chaos came in the form of the queen of chaos, a powerful demon, also stated in dragon magazine 224 The Vaati was Lawful neutral immortals, with exceptional intelligence and several spell-like abilities at will.

Vaati have smooth, ebony skin, brilliantly white eyes that sparkle with inner light, and velvety black hair (which usually is kept closely shaved). Vaati speak their own language, which is very rhythmic and melodic. It also contains many complex whistling sounds. A group of vaati talking produce something that sounds more like chanting or wind whispering through the trees than conversation.
-Dragon Magazine 224

Even this last stronghold of the race was depopulated during the war against Chaos.
-Dragon Magazine 224

This refers to the valley of aaqa. They live in the Vally of Aaqa, one of many strongholds they had at their height, now the only one. It holds only a tenth of its population.

It also explains that Aaqa is a secret paradise, with not a blade of grass or a leaf out of place, and the temperature always 72 degrees. The only way in or out of the valley is flight, as it is ringed with high mountains, and teleportation is blocked. The valley is filled with fields and gardens, stately pavilions, and rock gardens

The rod of seven parts

Rod of Seven Parts: The Wind Dukes of Aaqa are the legendary creators of this artifact. It is said that they constructed the Rod to use in the great battle of Pesh where Chaos and Law contended. There, the Rod was shattered, and its parts scattered, but the enchantments of the item were such that nothing could actually destroy it
-Dungeon master's guild, first edition

The rod of seven parts is a powerful magic Item, forged by seven Vaati heroes for the battle of Pesh. The rod is made of seven baton-like rods, each one smaller than the last. One rod point the way to the next. Homepage ">Homepage Link

Aarokacra were originally introduced in the fiend folio, where they are tribal bird people, with on mention of Vaati or Aqaa. However, they were accosted with the elemental air, and by performing an aerial dance they could summon an air elemental. 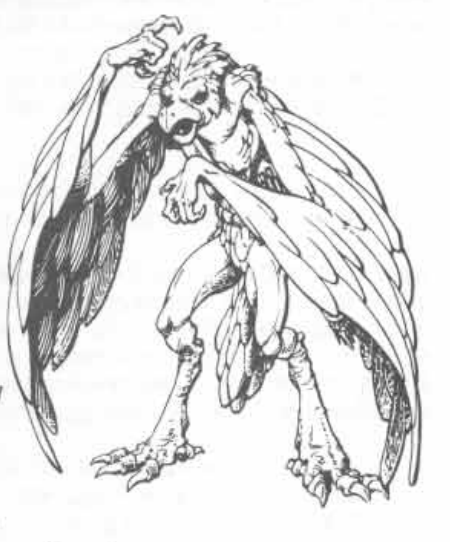 The Aarokocra in 5e are in service to the wind dukes against elemental evil. They are also neutral good, as opposed to the neutral of fiend folio Aarokacra.