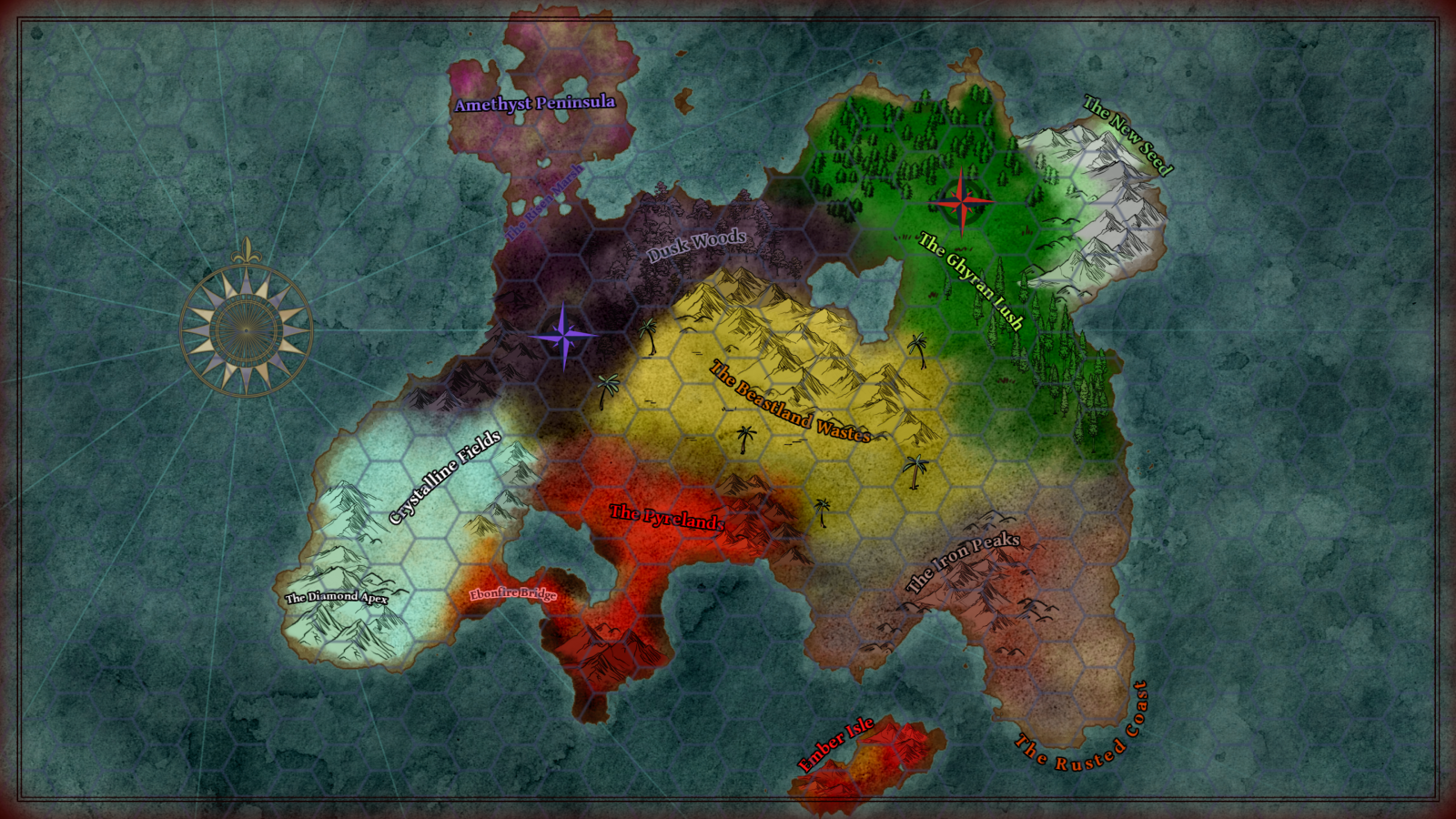 chantzehao
WHAT HAPPENS WHEN A REALMGATE IS DESTROYED? Some crumble away, the ancient archways losing the magic that binds it to the realm. They topple and break, scattering whatever magical energies that are left within them into the air and returning it to the aethervoid. Nothing remains except empty ruins haunted by the battles that have taken place.   But some gates react far more violently, shuddering as if the realm itself was retching in response. The magical energies that hold the path between the two realms twist, pulling the two realms asunder. Thunderclaps overhead, volcanoes explode in protest, and the earth trembles with quakes as the arcane energy suffused within these gates break free and wreak havoc upon the realms that they sit upon.   A bright flash and deafening boom may be heard far across the planescape. Creatures hundreds of miles around may feel the reverberation as reality bends and splinters, the arcane gateways collapsing into themselves and pulling everything in the surrounding area. Those unfortunate enough to be caught within the blast wound likely be shredded by the torrent of energy, their physical forms being shattered into the tiniest of fragments. The land would rend and nothing but a gaping hole would remain in their wake.   Swallowed up in the ensuing calamity, the huge landmasses of the realms were banished into the aethervoid, held together by the once binding magics of the realms. They coalesced and amassed further chunks of the realms whenever a gate was destroyed until a new plane of existance was created. This new place, the interstice of the realms, has qualities of all the realms, yet immeasurably more suffused with magic.   Wild storms rage across these plains as the different landscapes of the realms are forced to interact with each other. In the lands where a piece of Chamon may border Aqshy you may find hailstorms of molten silver. Where Ghyran and Ulgu meet, you may find the life giving rain storms to be tainted with a darkest of shadows, sending the landscape into an eclipsing downpour. Living spells find their homes here, as uncontrolled magic runs rampant everywhere and feed upon the strong aura of the arcane ever present in the interstice. Creatures that have somehow managed to survive the disaster will have been warped beyond recognition into monsters of terrible power.   The existance of the interstice may have been hidden away for a long time, unknown and untouched by the denizens of the other mortal realms. Without realmgates to link into the interstice, there was no purposeful way to come here. However, those that stray from the path during a journey through a realmgate (or just unfortunate enough to get lost) may find themselves hurtled into this plane, a frontier world of ever changing landscapes and unpredicatble dangers.

The Interstice has 1 Realm Explorers