If you live in the South and haven't heard of "the artillery team", you probably live under a rock.   People know them. They are infamous wherever they go. A team that consists of such a great number of SPGs is a very unique and confusing sight. And they make sure everyone is aware of their presence and agenda. Their enemies because of this are many, but they haven't been defeated so far. They celebrate every victory with great enthusiasm, which is also something they are known for. But it's not like they really need any particular reason to party.   Their preferred style of combat is engaging other teams in open, relatively flat terrain that allows their SPGs to operate with great effectivity. Many teams flee right away or soon after the shells start raining down, as the sight of such a great number of tracers above - and what happens immediately afterwards - is enough to demoralize even the bravest tanks.   The team consists of 15 members currently. 10 of them are SPGs. The individual members' goals and ambitions are diverse, but their common agenda coincides with them. They generally get along, however there are also rivalries and arguments.

No official leader, but Scarlett makes most of the decisions and is considered the leader by the other members.

They want to help other SPGs. Looking for new members to teach the "old ways" to and hunting down artillery haters.

The team was founded by Scarlett and her sister. After they survived the Purge, their vision was to "rescue" SPGs from their oppressive teams and help them reach their full potential again. While Scarlett was dedicated to this noble cause, her sister cared more about fame. They eventually fell out with each other, and Scarlett's sister left.   Their place of origin is the North, but soon after their founding, they travelled to the South and have been residing there for a long time. Only recently, their travels have led them northward again. 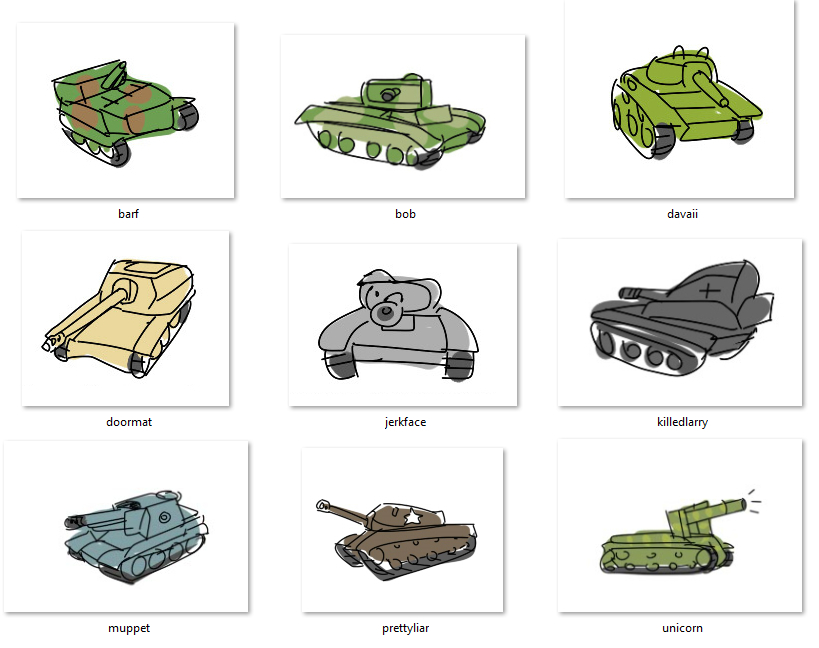 The Hummelverse and The Tanking League are my creation. All art on this page was created by me, unless otherwise stated.