Whenever he tries to talk, only complete garbled nonsense comes out. There is no way of decrypting it, as it seems to be completely random. This started being the case when he took a shell to his turret. He survived it, but his AI core was damaged in such a way that he lost all ability to form coherent words or sentences.   Now, his only way of communicating with others is nodding or shaking his turret, or sending nonverbal messages through his radio. Even in this way, however, he is only able to compose the most basic of signals. Messages such as approval or negation and location pings are possible for him, but nothing more elaborate than that.   When he joined the Rainmakers, he was still able to speak. Back then, his personality was a very different one. He used to be cocky and arrogant. After the accident, he became friendly and humble. His teammates aren't sure if it has something to do with the accident teaching him humility, or if the damage to his brain made him so different. It doesn't seem to impair him in any other way, though.

No one really knows what he did before he joined the Rainmakers. He has been with them for a long time.   Right off the bat, he didn't get along with his teammate Striker, but they never were seen arguing again after the incident in which Striker shot Bob in the turret. Both Striker and Bob insist that it was an accident and that Bob forgave his teammate, but some of their teammates still suspect that there was more to the incident.

Joined the Rainmakers because he was impressed by their power. He stayed with them because he found good friends in the team.

Owns a little toy tank that he takes with him wherever he goes. It looks like a small version of himself. His teammate Ilya once took it away as a prank ... which he regretted. 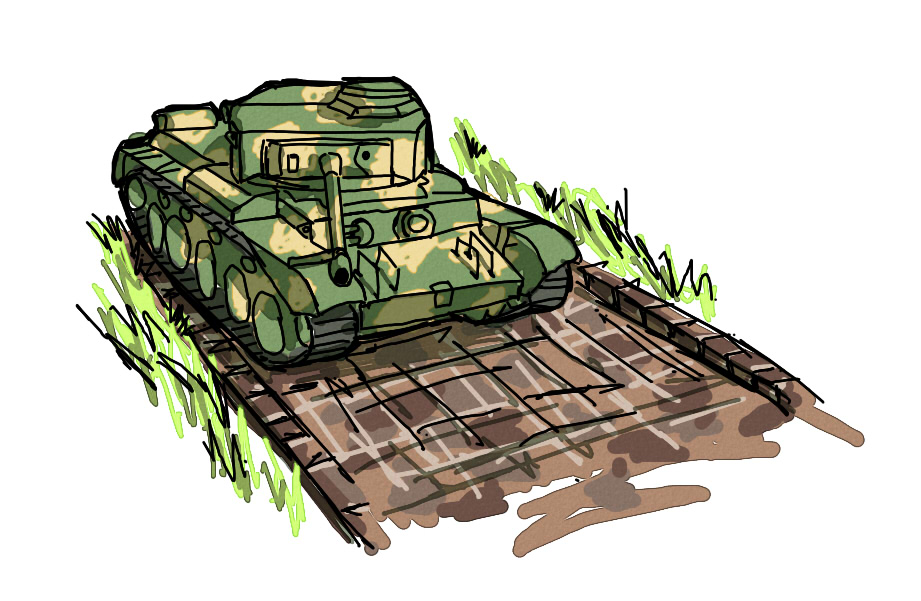 The Hummelverse and The Tanking League are my creation. All content - including art - on this page was created by me, unless otherwise stated.
Want to submit content like fanworks, ideas, characters? Please note that you are accepting these terms if you do.