Forged from thousands of fallen.

The god of war. Seen as the greatest superweapon ever made, the story of their mythical construction and fate is popular and widespread. It serves as a reminder and warning. According to legend, another great machine war will start if anything like them is built ever again.

Their hull was big enough to wrap around the globe. Two turrets at the opposing ends. One turret is said to have been white, the other red.

Jara is not worshipped anymore nowadays - their reign is considered to have ended with their destruction.

The legends say that they used to be two entities - gargantuan war machines built by the two factions during The Great Machine War. The White God fought for Aki and the Wardens. The Red God fought for Sulfur and the Matchmakers. The Red God was the elder one; it was deployed first, and the White God was built in response to it.   Their bodies were forged from thousands of wrecks of the ones that had fallen in the war. As the battle between them waged on, more and more wrecks were added to improve their armour and make them even bigger and stronger. They fought on and on, and took heavy hits from each other. To avoid getting killed, they took turns in backing up to be repaired and improved.   At one point however, they had become so huge that as one of them backed up, it bumped into the other on the other side of the globe. They accidentally damaged their rears and ended up locked in place as neither managed to free itself.   In that place, a new battlefield formed - a new front was created as the factions tried in vain to free and protect their respective god.

The war got more and more desperate, and Jara was more heavily damaged with every hit they took from their cannons as they couldn't back up anymore. The factions' leaders knew that their gods would not last much longer, and that the consequences would be devastating.   They started a frantic search for ways to win after all. As strangers appeared and offered to kill the other side's god, they accepted the deals, which resulted in both turrets and the whole body of Jara being destroyed. 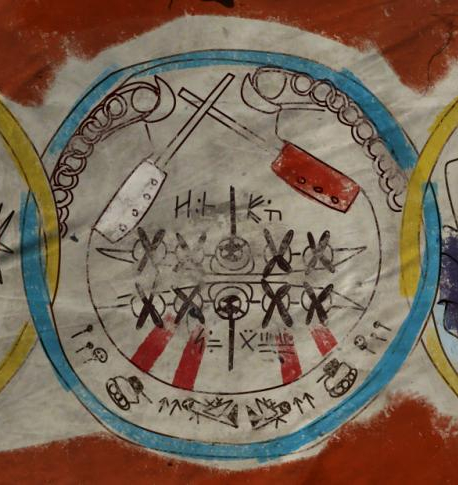 Status
Deceased
Divine Classification
God
Species
Heavy Tanks
Ethnicity
Tanks
Children
Powers
Despite being seen as a god, Jara is described as having the same abilities as a regular tank. Their extraordinary power simply stems from their size.
Symbolism
They are believed to be more of a metaphor than a real entity. It can be interpreted as a symbol for the arms race between the factions during the war. Possible evidence for this is that the god is always spoken of as "they". The myth explains this as the tank god having two minds, but it could also mean that not a single vehicle but a multitude are being referenced.
Myths & Legends