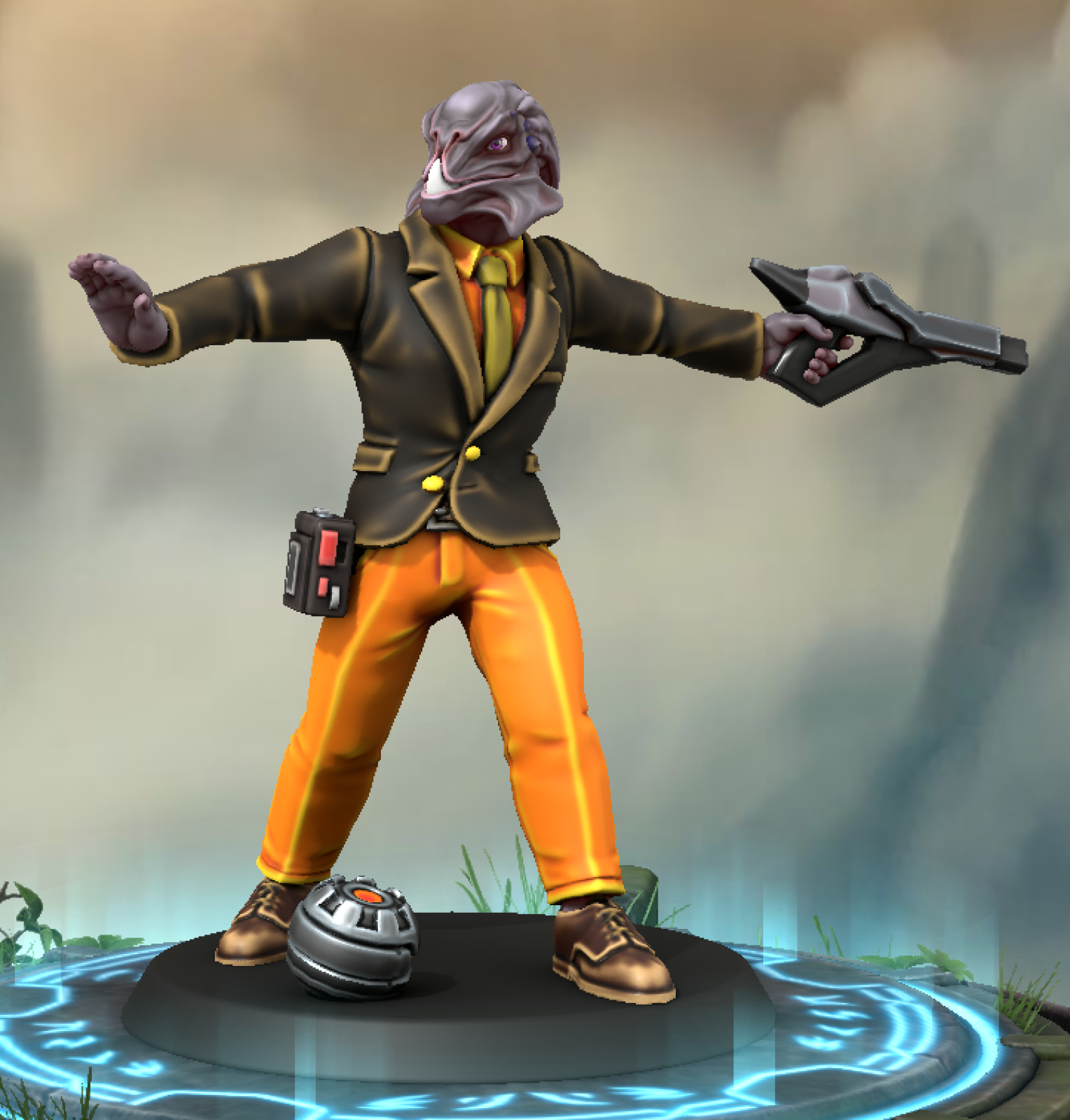 You see the humanoid creature not far from a desk. He is packing up some objects and files into bag when he finally notices you. With a gesture of his hand you know it's the common greeting from his people. You appoorch and are ready to begin your questioning. From what you've heard, he was an elite agent, but has retired from Operations for some time.

So you're going around asking questions?

You nod while giving him a questioning look. You reply him to elaborate.

You are not as quiet as you think. I've heard you've been walking around talking to all kinds of people. It is my job to monitor what is discussed around the Division.

This makes sense. It wouldn't surprise you someone who have missed your inquiries, but most of the department seems to have forgotten.

Well, if you want to ask me questions, go ahead. I've finished up my shift after all.

How did you end up working here?

You mean in Communications or the Division itself?

You reply that you wanted to know both after all the more the better.

Well I jump in like everyone else. I died when my people created a black hole on our planet. Everything was destroyed. You know the story.

He needs to explain further for your inquiries.

Ahh, I see. Well there are a lot of us here because the Division saw this as a great requirement opportunity. Join us, or die in a blackhole. I was one of a few thousand that joined.

Was it worth it?

Of course it was! Are you even kidding? I literally traveled all over the known universe and have saved it countless times over.

Countless? You are not sure about that.

Well, you caught there. I was one of the agents involved in the 5E-90 Loop incidence. Only one who made it out alive, but I prevent a much worse situation from brewing.

The 5E-90 Loop incidence was caused by a planet of small mammals decided to mess with black holes and temporal horizons. One thing led to another and they destabilized their entire reality. We intervene and jump in just before it's collapse. There were ten of us and the only way back was to prevent their experimentation. It was a suicide mission in retrospect. We had very little intel and little to no support.

It was we went in and couldn't even find their experimentation sites.

Yes, sites. At the time we thought there was only one and we had a year to stop it. Oh were we wrong. It took 16 loops before we located the first one. That's when our first two agents were lost to particle dismemberment. A worthy sacrifice only to discover the loop restarted again.

Wait a moment. What is particle dismemberment?

Oh yeah, it's when your atoms are torn apart by either a black hole or a failed temporal transport. Those to didn't active their beacons to loop back in time and were lost in the destruction of the world.

What was the hardest part?

It was finding the sites. Honestly we found them all by loop 43. It was the stubbornness and resilience against change that was the most frustrating. You could plunge their society to anarchy and those damn scientists would still work on their project. You could kill all their coworkers and they still would go work as if they were still alive.  They did not give up and only when they doom the planet do they realize their mistakes. I can count how many times, the people who fought tooth and nail to stop us only then in their final moments turn and tell us they regret everything.

How did it end then?

It took 552 loops, I was alone by loop 493. I ended up having to break several protocols and destabilize three nations on the planet. It resulted in a ten year long war between them but it stopped them from using their technology. With a few confidential leask to the public, the projects were dismantled and banned. I was able to return safety then, but I was alone in that regard.

Wow, you were not expecting this from him.

Why did you end up in Communications?

I did not want to go back out into the field after that. I was a hero, that was for sure. Got several metals out of it, but I was also reprimanded for all the work I did which was against policy. I was tossed into a desk job which don't get me wrong, I enjoy much more, but it wasn't for my benefit... I did get them change missions parameters, so we are not given only a year to work with and of course I have trainees who review my mission and have to figure out the no win situation. It's complete trash but I guess it's something. 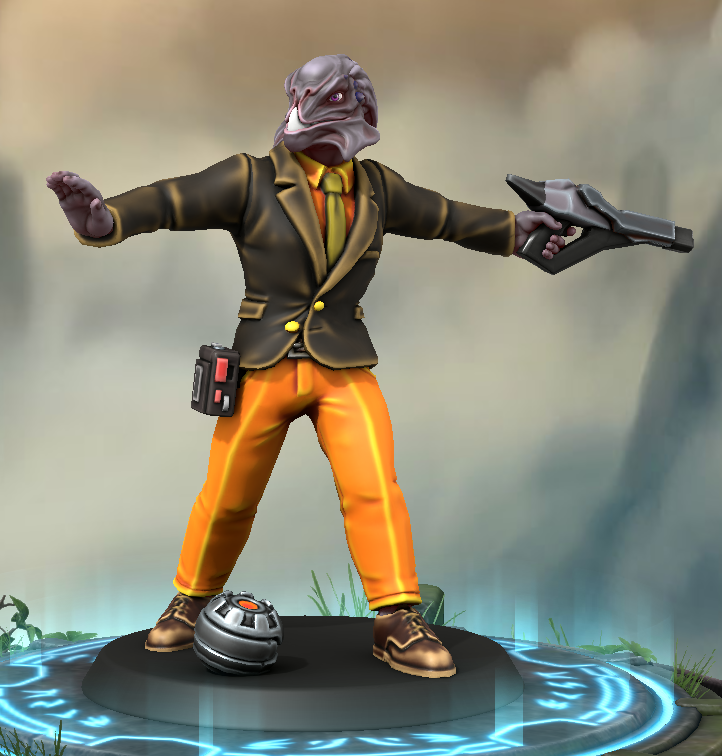 This is a really interesting format, and I quite enjoyed reading through this article!