A magic carpet, also known as a flying carpet, is a legendary vehicle, used to travel great distances, either by instant teleportation, or by swiftly flying its rider through the air to the intended destination. With the recent revival in the West of interest in “exotic” eastern cultures, the magical flying carpet has become a popular trope in film and literature.

Typically, the carpet is large, and of exquisite quality, often adorned with obscure and occult symbols. It is most often operated telepathically, with the rider fixing an image of the destination firmly in mind. The carpet then transports the rider to the destination, without further action by the rider. The method of transport can vary, sometimes being instantaneous, and sometimes requiring a certain amount of time to travel through the air to the destination. In the latter case, great speeds are often attained.

The vehicle’s mechanisms of operation have been lost to science, although they were apparently well known in pre-Savage Age times. Many of the magic carpets reported throughout history appear to be rare artifacts preserved from those ancient days.

The best-known example of a historical magic carpet may be the Síodaí Draíocht of King Eochaid Ollamhaidh. It was said to be made of the finest green silk, with a weft of pure gold thread. It was large enough to hold the king’s entire household at one time, but would not transport a soul that was not righteous.

When Eochaid Ollamhaidh sat upon the Síodaí Draíocht, it was caught up in the swirling wind and sailed through the sky. With it he could fly round the world in a single day.


Another example of a flying carpet in history is alˈSajaadˈsihria, a magical carpet that allowed the Nemedian poet Abdul Gumud to fly over vast distances at great speeds. He claimed to have found the tapestry in the catacombs of Tenjin while visiting Carman in the early ninth centurí. With it, he was able to fly over the Alcafran Desert at great speeds. He is said to have discovered the Amulet of Sutekh while on one such journey. 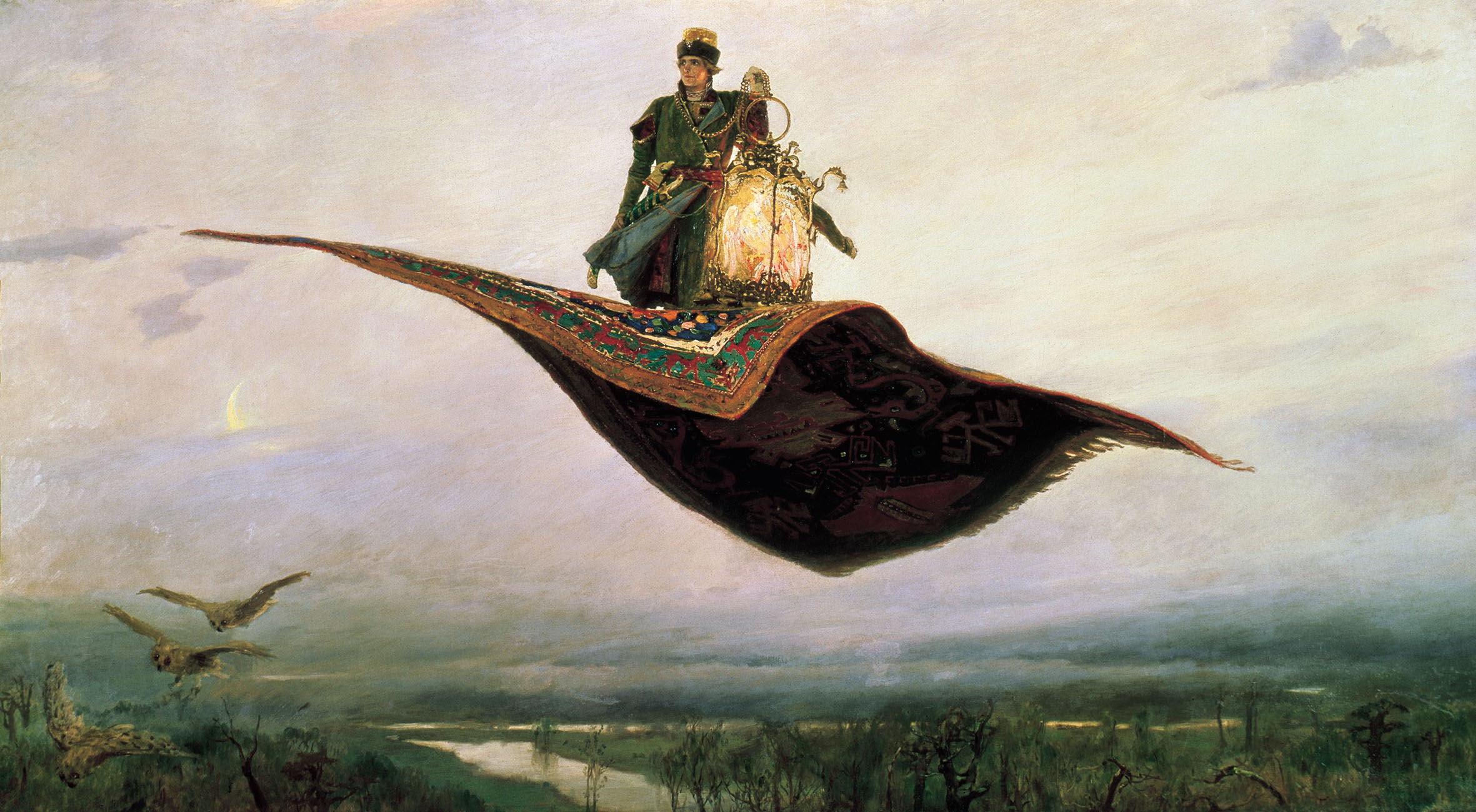