Though rent asunder, Teicna's spirit remains unbroken. Though beset by the petty squabbles of beings of unimaginable power, its mortal inhabitants continue to thrive. Though its past is mired in pain and destruction, its future looks ever brighter. So hail, Teicna; above all else, a land of survivors.
— Unknown, 716


Teicna, a melting pot of wild magic and complex technology, is a planet that was long ago split in half by the tantrum of a jealous god. It's a world of heroes and villains, of deities and demons, but also of millions upon millions of ordinary folk just trying to go about their lives in a place where the laws of physics are perhaps not quite as consistent as they could be. Teicna is the kind of place where the living, breathing world going on in the background of most tales of adventures can often be just as important as the adventures themselves.


Teicna is a fantasy world with a great deal of magic flowing through it, available to any and all who might call upon it. But while it might be present, that doesn't mean it's particularly safe or easy to use. The arcane can allow for some truly inspiring power for those who might otherwise lack it, but for the rest, technology is always marching onward, doing its best to keep stride.

Currently, the world in the middle of a global industrial revolution. Magic has been a dominant force for centuries, but in the wake of the cracking of the planet and a myriad of magical catastrophes, technology has begun to advance by leaps and bounds. And of course, when you have two elements like these vying for dominance, there will always be the innovators - or madmen, depending on who you ask - who test what exactly happens when you combine the two. This is a world with firearms, steam ships, early automobiles, and a diverse array of flying machines. Not all of these technologies have been around long enough to entirely push their forebears into obsolescence - for those who still fancy swinging a sword, traveling the countryside on a noble steed, or sailing the seas with actual sails - but they've definitely arrived on the world stage, and thus far the crowd seems to adore them.


The world of Teicna was designed with variety in mind. Readers, writers, GMs, and players can all turn to fantasy for different things, and the goal here is to be able to provide possibilities for most of them. For escapism, there are peaceful backwaters and uncharted jungles to explore. For the 'gritty' types, there are ongoing wars and crime-ridden metropolises. There is precedent for everything from noir crime solving to romantic getaways to scenes straight out of a horror movie.

It's important to note, however, that many of the articles throughout this world will have at least some focus on how fantasy people would cope with real-world problems. If you turn to fantasy to escape from violence, bigotry, ignorance, and the rest of life's ills, don't worry! These elements are by no means the driving force behind the setting. It was designed with their existence in mind, but there are numerous stories and locations where these elements can be more easily avoided and engaged with at your own pace. With that in mind, I hope there will still be something you find fun and inspiring within the myriad cultures and characters of Teicna. 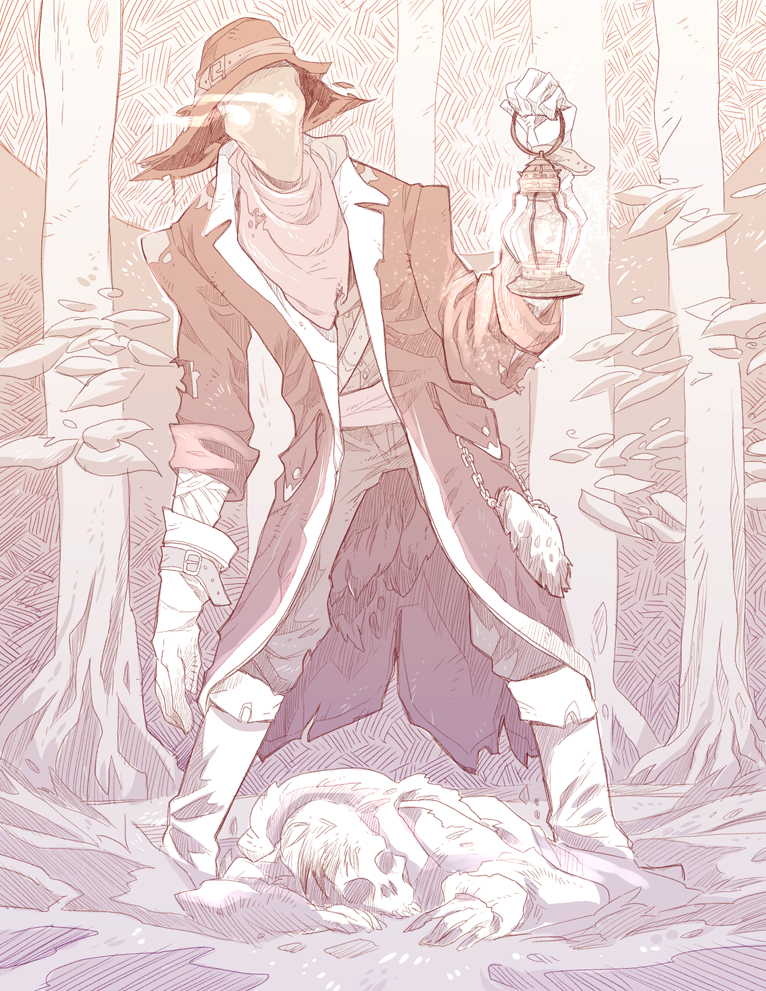 The Lost One, God of the Fallen & Forgotten by Britt Sabo

It's also worth noting that Teicna is home to a significant number of gods and other divine or semi-divine beings, appearing in a wide variety of forms, coming from a similarly wide variety of backgrounds, and often manifesting some incredibly flawed personalities. There are deities for just about every aspect of life, ranging in scope and strength, and it's in their nature to look down upon the world - and the mortals live in it - and do a bit of meddling from time to time. And by 'from time to time', naturally this means nearly constantly. At any given point, there may be gods taking direct action in any dozen major events across the shattered globe, and another few groups wagering power and influence on their outcomes.

The people of the world often have conflicted (and conflicting) opinions of the gods. On one hand, many of the divines have a vested interest in seeing the world prosper and develop, as it's where they themselves came from and its inhabitants are both the source and the object of their power. Of the other hand, plenty more have given themselves over to the base pleasure of exerting their power over the helpless, trading barbs and wagers with their peers not for the betterment of the world or its inhabitants, but purely because they can, and to sate the unholy boredom the prospect of an infinite lifespan can bring.

In addition to everything you can find here on World Anvil, the world of Teicna also exists in the form of the webcomic Merely Players! Written by myself and drawn by the incomparable Mia Pearce, the comic spans time and space, presenting stories and worldbuilding elements from throughout the setting. The current running story follows the Elemental Four as they form the world and its inhabitants through tumultuous trial and error.