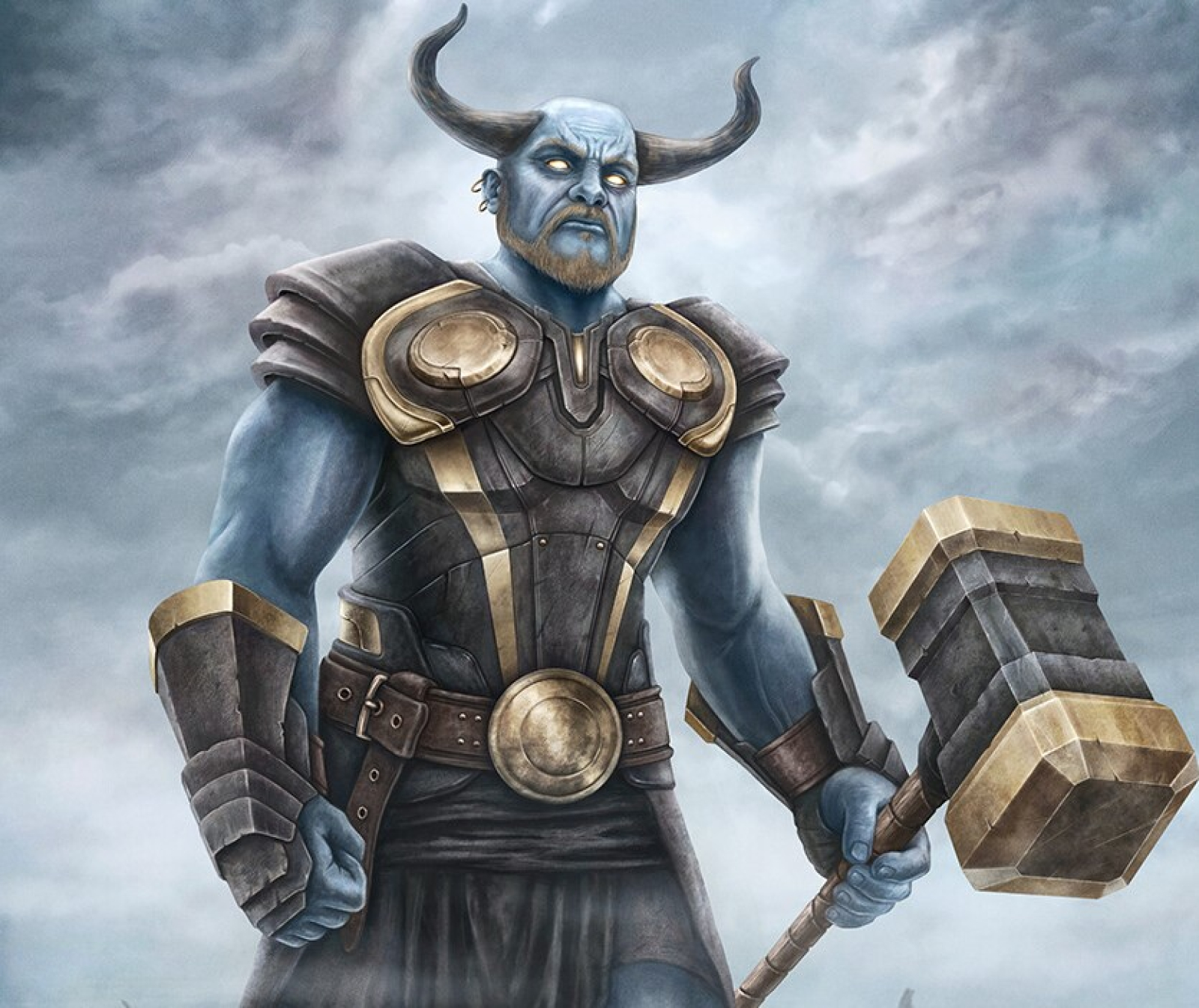 The Emperor of the Elements

Eternity begins and ends with the ocean's tides...
The Emperor of the Elements is a very intense looking god, with pale blue skin, bald with horns, a bright goatee and eyes the color of polished pearls. He is very tall and solidly built, and looks rather serious. He usually wears stylized armor with brown and gold colors.
He is also associated with the sea, ships, the weather and businesses. He is often worshipped by nobles and merchants. His many followers can be primarily distinguished by the "lucky" golden coins that they bear. There are more than a few depictions of him in most villages. There are many myths involving his defense of Artamesia's affairs. He is known to occasionally mislead shady sailors who ask for aid.