Year 36 After the Battle of Yavin 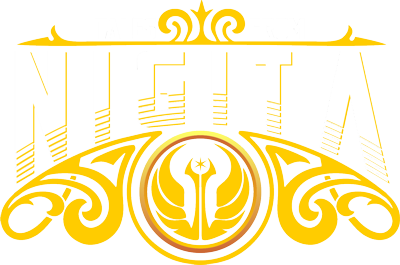 
As the dust settles from the Galactic War against the FINAL ORDER - drifters, would-be heroes, and force sensitives have been drawn to the Mid Rim world of NIGITA. In THE HUB, the abandoned remnants of a First Order research base, these pioneers on this otherwise vast jungle world attempt to survive on odd jobs and establish some sense of law and order in a galaxy with little of it.

At its heart, Nigita is home to a mysterious tree, a living Nexus of Power, protected by a cabal of force users representing both light and dark side mindsets in a tense negotiated peace. This HARMONIUM COUNCIL, seeks to understand this nexus and train acolytes, all while working to undermine any opposing views.

Within The Hub, members of the REPUBLIC REMNANT attempt to establish order while members of the HUTT CARTELS seek to enrich themselves leveraging the planet as a smuggling center. Not to be outdone, members of the CORPORATE SECTOR AUTHORITY have also shown up to survey the planet for industrial and commercial exploitation.

Tales from Nigita is always looking for new heroes. This setting is part of the VSpace Gaming stable of worlds. Virtual sessions run every Tuesday and Thursday from 7pm - 11pm EST. You can find us on Discord and membership details can be found on our Patreon.

Tales from Nigita has 19 Followers

Disciple of the Force Fausto

Born to vineyard farmers in the Bosph system, Fausto, was always special; mature from a young age. When he was 7 his life changed. His older brother, Hermé, who had left several years ago returned ... for Fausto.

Jamsag Roxseaw, born to the remote terrestrial planet Batuu in the year 14 ABY. She was raised by her mother and grandmother, and had to leave her home planet due to her force sensitivities.

Tia, niece of Tony and Tonya O’Mandalorio, is from the prominent O’Mandalorio family. Tia herself spends her time cultivating goodwill and friendships. She is kind to almost everyone - as long as they don’t piss her off.

Wily, loyal, prankster, some call it stalking he calls it love.

A tall slim man dressed as a smuggler. His eyes are sunken and brown with an cold gleam in their depths.

"Smythe" (as he's known to those that can't pronounce Shistavannen names) is a hunter, professional tracker, and sniper. A fringer living on the edge looking for the next meal and payday.

All content ©2020 VSpace, LLC. All rights reserved. The VSPACE Hexagram Logo ™2020 VSpace, LLC. Individual campaign articles are copyright by their authors, used here with permission. Additional images used via Creative Commons licenses as attributed in image descriptions. VSpace, LLC is not partnered with, affiliated with, or endorsed by | Fantasy Flight Games | Asmodee North America | Edge Studios | Star Wars | Lucasfilm LTD | Paizo, Inc. | or The Walt Disney Company | and does not necessarily reflect the views or opinions of any copyright holders or their affiliates or any of their affiliates, and no warranty expressed or implied is made regarding the accuracy, adequacy, completeness, legality, reliability or usefulness of any information. Views or opinions expressed by players, GMs, or in-character fiction do not necessarily reflect the position of VSpace or its members.