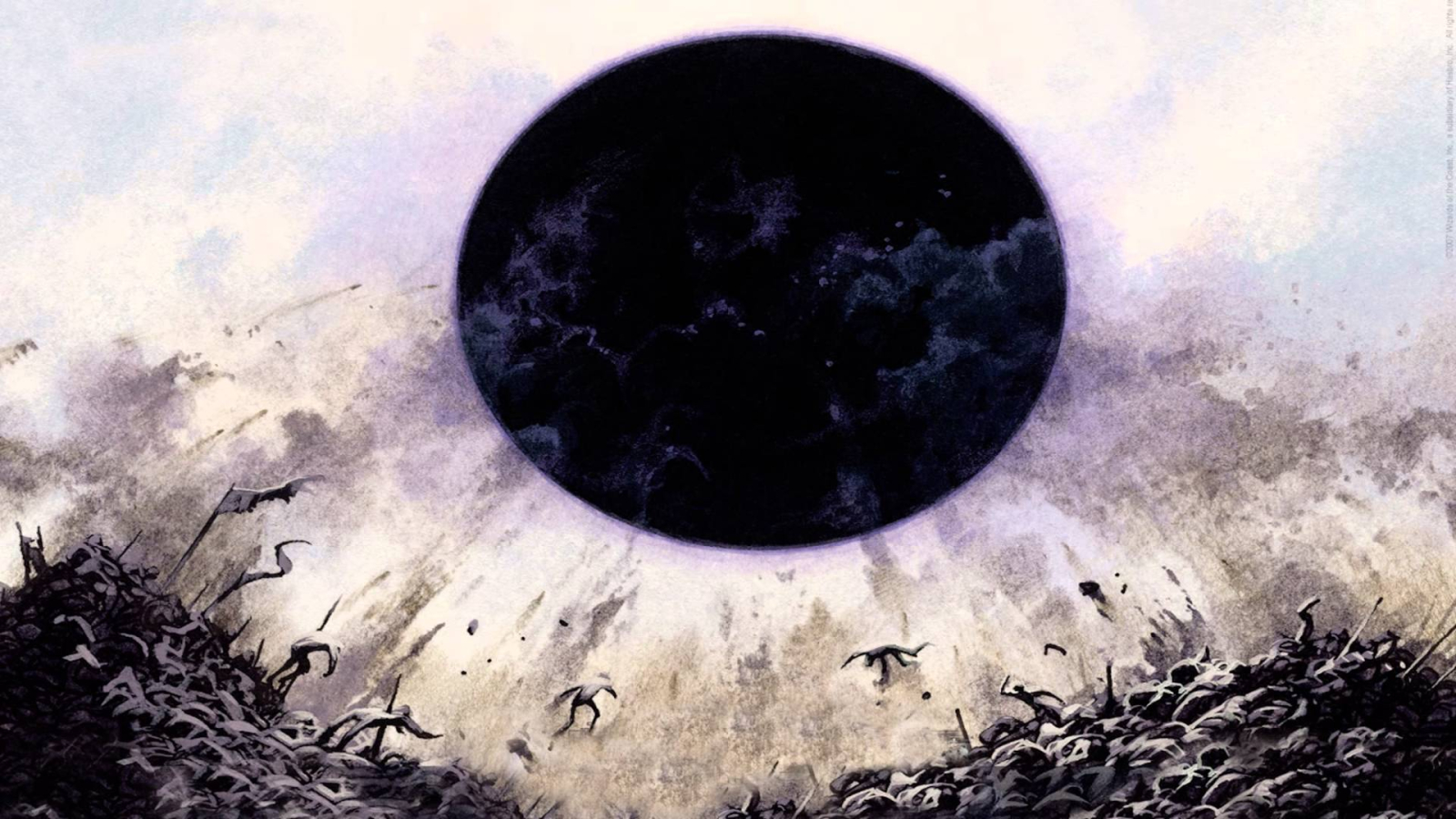 Few souls have had the opportunity to see walk Tairos in the way that Theodore Cross has. It is not a blessing in any way. He's witnessed a world crumble, hope fade and the world linger on in perpetual despair. The Tairos of old was one he fought for, defended and cherished. The world as it is now is beyond saving and Cross believes all that can be done is to give the world the mercy it deserves. Tairos must die and he loves it enough to be the one to kill it.

Theodore Cross was the second born son of blacksmiths from Balmoral's market district. He was born at the height of the war with The Autumn Queen. Tairos' kingdoms had finally become wise to the damage her Manacite mining was happening. Magic was already showing the earliest signs of disruption when Theodore was a child. By the time he joined the ranks of Balmoral's army the war was well underway. Fae legions and their allies were forcibly marching upon Ghal Ankhar, the Gnomes's empire and the lands around Ghal Pelor. Cross' loyalty and skill quickly earned him a place in the most elite of Balmoral's military and serving as a bannerman to Tyrwin Daybringer.

Daybringer and Cross led the charge against Fae all across Tairos, dealing vicious blows to the enemy's war effort but that success would not last. The Battle for Bilik Woods would be the last time Tyrwin and Theodore would fight together.

The Battle for Bilik Woods

Bilik Woods is just north of Balmoral's territory and it became host to one of the most pivotal battles of the war. The Autumn Queen charged one of her most loyal members of the Shadow Court with leading an elite force through the woods to attack the Balmoran watchtower responsible for guarding the farmlands. Their hope was that by quietly destroying the tower and crossing into the farmlands they'd be able to cripple Balmoral's ability to continue the war by cutting off their supply chain. Viscount Sarahn Drahk of the Shadow Court eagerly accepted the mission for his Queen. However, Balmoral was tipped off by sympathizers in Melanthris to the coming attack. Daybringer and Cross along with the rest of their unit were tasked with ambushing Drahk's forces and protecting the farmlands.

The battle began when Lord Daybringer led his soldiers under the cover of darkness and a heavy rainstorm to assault Drahk's camp. Their unit was infamous among the Fae for their battle prowess and numerous successes. Tyrwin and Cross hoped their reputation and the shock of the assault would quickly break their enemy. They were wrong.

They had not come face to face yet with the warriors of the Queen's Shadow Court. These fae were part of the Queen's personal guard, her advisers, and her most effective killers. These two elite forces clashed beneath the canopy of trees and the heavy rain each unwilling to give ground. Cross demonstrated everything he was taught by his friend Tyrwin in this battle, cutting down many of the Shadow Court soldiers all the while never letting the Balmoran Banner fall.

Cross and Tyrwin pursued Viscount Drahk through the woods and corned him at the edge of the swampy lake just west of the camp. Drahk was a renown summoner and elementalist and though cornered he would prove to be far from alone. He gave life to the muck, mud and fetid waters of the lake to defend him. Cross would use an opening in the fight to rush the Viscount and try to end him but Drahk's water elemental would snatch him up and drag him into the depths of the lake. Cross shouted as he was dragged down for Tyrwin not to give up, that this had to be finished and for the sake of all the innocents in the farmlands he had to win this. Only a scant few of Tyrwin's men would see the end of this battle but they would march out of Balik woods the victor and allow Balmoral to carry on with the war. Though for Tyrwin it cost him his bravest soldiers and his best friend.

Death in the depths of Lake Bilik was not the end for Theodore Cross. He woke in the flaming ruins of the Queen's Dread Forge, the demonically possessed factory that was refining manacite for the Fae. He found himself nude, on the stone floor of the lower levels surrounded by strange machinery, vats filled with liquefied manacite and surgical tables. Cross had little time to contemplate the experiments taking place here, he needed to escape before this place became his tomb.

It wasn't long after leaving the factory ruin that Cross began to piece things together. It had been over a century since the Battle for Bilik Woods, the war with the Fae was over. Balmoral was a cemetery and the world was not the one he left behind. Isolation between the nations was rampant and the people huddled within the safety of their home cities dreading one final disaster that might finally end the world. Magic was dead, impossible to pull on without destroying yourself in the process and worst of all the voice of Sandor and the other gods was silenced. He would find that it wasn't just the world that had changed. He was changed as well.

He found his body had become very resistant to harm and extremely quick to heal. He learned this when he tried to take his own life when he found the ruins of Balmoral. No matter what he did his body would restore itself and he would awake from death. Cross even tried incinerating himself but death would not take him. After each attempt to die he noticed something else strange. Ghouls. They skulked and scuttled just at the edge of his vision, as if curious about him, but would never attack. Cross found them to be docile, obedient and able to answer his every command. He tried to kill them, tried to send them away, anything he could do to be rid of them but they would show up in larger and lager numbers, flocking in from all across the Balmoran Plains. Found that along with these ghouls a growing power was building inside of him. Necromantic power. Whatever the fae had done to him it left him changed completely.

Theodore used these powers to gather the ghouls and try to keep them away from the civilized areas. He traveled all across the land collecting them, looking for some banner to serve, some final hope that survived destruction during the war. Anything. Anything at all that meant Tairos had a chance of being made whole again. Though in his travels all he found were new despairs, new threats and the kingdoms of old all on the verge of collapse. He ventured all across the land and found nothing that could be saved. It's then that he realized what he needed to do. He needed to be the mercy that Tairos deserved.

The End of Days

Cross' quest for a way to bring a final death to Tairos and hopefully to himself eventually took him to the deserts around Baradrad. It's there that he discovered the history between the Baradradi and Skyrir. What truly piqued his interest is the legends of Zharkaddos the Lich-King and the ancient empire that invented necromancy. Cross has kept his plans to himself but they've involved collecting parts of the lich that Baradrad stripped away and hid. Zharkaddos could not be killed so the Baradradi stole away all his artifacts and power and cast him out in the middle of the desert and little more than a hollow shade.

House Auloro of Baradrad became a pawn in his effort. Cross used Roshana Auloro to gain access to the Heart of Zharkhaddos and the necromancer's staff, the Rod of Skyrir. Roshana traded access to these items for Cross' necromantic secrets. When this betrayal was rooted out by the patron of House Auloro he was killed and the family expelled from Baradrad. Cross told the fleeing Auloros that if they continued to help him gather the items he needed then he would use the items to bring their House back to power in Baradrad. The city would be theirs. Roshana quickly agreed because she had little choice. They were hounded by bounty hunters and wanted by their kingdom. The Auloros helped retrieve other items as well such as an urn containing the Lich's black blood and his spell books. The last item he needs is Zharkaddos' hand which was believed to be buried somewhere in the region around Beldon and Beacon Hill

Peak human condition thanks to the experimentation by the fae.

The ability to control any number of mindless undead with a thought. Ability to influence the growth and traits of ghouls.

The shock of dying and waking up in the experimentation chambers of the fae was difficult. Having to spend over a century wandering the world looking for a reason to have hope and finding none may have broken Theodore Cross. He believes his only purpose now is to be the one to end Tairos' suffering by any means possible.

Nihilistic. Nothing seems to have any real meaning to him now other than bringing about the end. He does however stand by his word and refuses to break his promises. He also has no interest in killing unless necessary. He plans on ending all life anyway and doesn't want to cause suffering beyond what is required in the moment.

To end Tairos' suffering as quickly as possible

Ghouls of all kind
House Auloro

Believes the gods have abandoned Tairos after The Queen's Rebuke. Resents their silence. 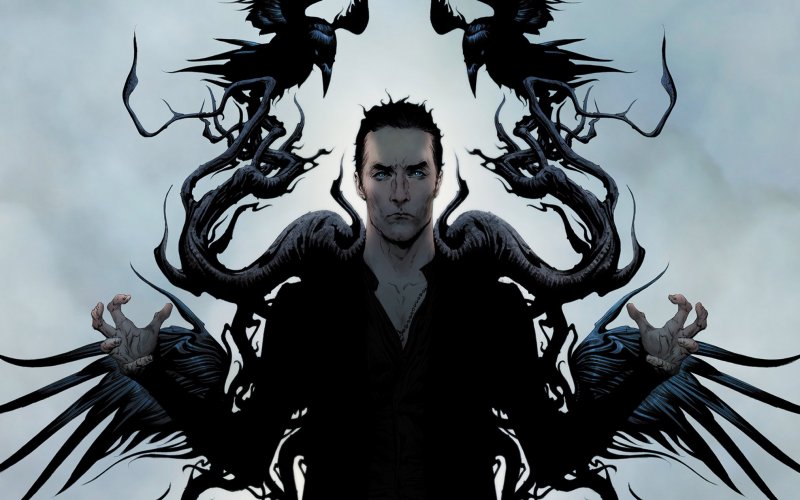