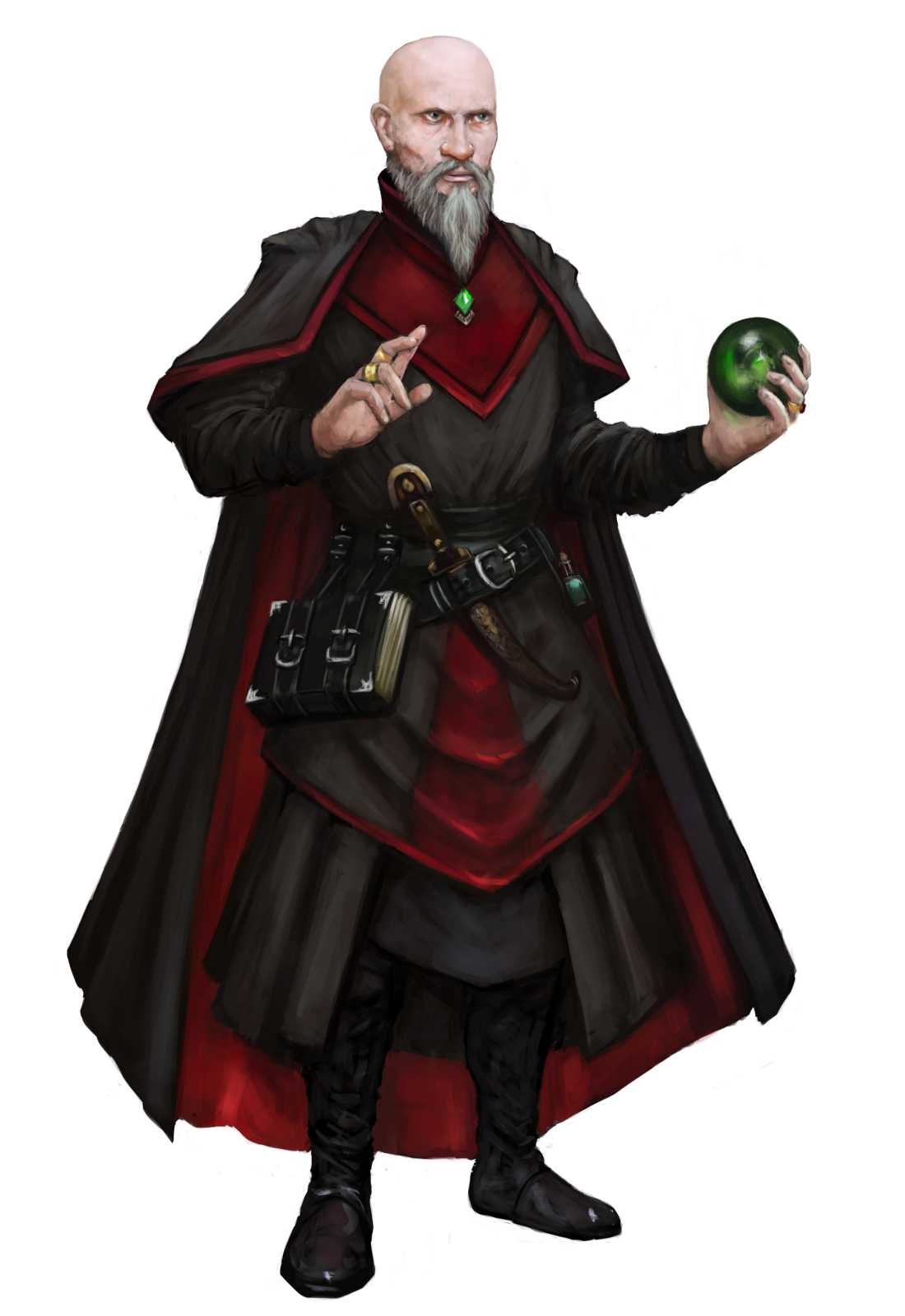 What's left today are the table scraps of what true power once was. Now... not so much. Yet, there is opportunity amongst the rubble. Things left behind. Secrets. Relics. Knowledge. The ancients of Tairos might look down on us as vermin but it is the vermin that have inherited this world! It's time to see what the old masters left behind for us. Shall we?
— Heinreich Klamp


The reason some men commit acts of wickedness is often complicated and wrought with sorrow. Tairos has a way of blackening even the most radiant souls. This is not the case for Heinreich Klamp. His origin is not born out of tragedy, he is the tragedy that befalls others.

Klamp hails from the distant shores of the Stormlands where life is cheap and hard. There his family served as local lords over a small fiefdom near Harrowhold and served as subordinates to Clan Cyklus, one of the nine great clans of that violent nation. As with all politics in the Stormlands things are prone to sudden, bloody upheavals. The Klamp family learned to survive not by martial prowess but craven cowardice, duplicity and administrative competence. Regardless of what clan or warlord was in ascendancy the Klamps were always sought after to manage holdings. It is here that Heinreich learned the fine art of manipulation, deceit and treachery. He also learned magic. The spoils brought back from coastal raids often included old relics and tomes belonging to the College of Magic. These were not particularly prized by many outside of the Stormsworn but Klamp saw the potential they offered.

His mastery of magic was self-taught and earned by candlelight over decades of study, always careful never to let others know the true value of the objects he obsessed over. Among all the treasures he bartered for none were more tempting to him than the spell book and scrolls of Ediphan Maslowe, a professor in the old College of Magic and a master of Divination. Klamp used these spells to accumulate enough wealth to travel to the mainland of Tairos and begin his search for even more of the leftover arcana from ages past.

It's during his travels through Ghal Pelor That Heinreich would make his first true friends in Lutin Laplin and Temax Moondall. The pair were both equally excentric, hungry for knowledge and willing to cooperate with others. Laplin was a budding expert in alchemy and crafting while Moondall was training himself in the arts of enchantment and illusion. Moondall also traveled with his two young children, Mekenna and Ricken. They formed a very unlikely coven and friendship. Klamp, a Stormlander and diviner. Laplin, an alchemist and golem crafter. And, Moondall, a young Enchanter and father compared to the other two hermits who were already in their early fifties.

The trio unearthed grand discoveries together, worked with renown heroes like Hannibal Seward, raided the tombs of ancient Jarls in the wastes near Frostmere and even explored the catacombs of old Balmoral. However, the passions that drove them would eventually be the cause of their animosity. It began with Laplin's experimentation with Manacite . He sought a means of infusing his blood with substance rather than having to rely on physical chucks. By diluting it into a liquid he hoped to stretch out the supplies of Manacite they had and to eventually infuse enough into his body that he could be free of the need for it entirely. Moondall was most concerned with protecting his children and trying to teach them magic as well. He was always seen as overly cautious in the eyes of his partners. A slow burning contempt grew in Klamp as he watched Laplin squander their Manacite reserves and Moondall impede their progress for the sake of his family.

They tried to satisfy each other's concerns by building a golem capable of protecting Moondall's children, hunting for Manacite and tackling certain simple tasks that otherwise stood in the way of progress. They began work on a Scarecrow and devoted all of their different expertise to perfecting it. However, their efforts were met with failures, miscalculations and bitter disputes. Laplin was making frequent mistakes with the alchemical formulas as his mind degraded. The Manacite injections he was experimenting with were taking a heavy toll on his genius. Moondall was dedicating more and more time to schooling his children, teaching them simple cantrips and the basics of Tairos' history. Klamp found the chaotic effect that Tairos' damaged Leylines had on magic were difficult enough to predict and even more so when bent toward creating even a rudimentary intelligence in the Scarecrow. All of their failings combined to create a golem that was dangerous, unpredictable and ultimately a failure. They disassembled the creation and packed it away in an old College of Magic warehouse hoping to complete it at a later time.

It is at this time that the trio went their separate ways. Laplin, losing touch with reality more and more with each passing day, was the first to break off on his own. Then; Moondall and Klamp came to actual blows. Klamp opened the tomb of a buried tribal warlord from the days before written history and in doing so he awakened a tide of angry spirits that nearly killed both of them. Moondall was furious over Klamp's recklessness and how close it came to costing him the life of his children. From there, Henreich was on his own.

In recent times Klamp has haunted the area around Lake Bask raiding small encampments, hiring sellswords and cutthroats to do his bidding and looting what relics he can get his hands on. He's made frequent use of thugs like the Gatecrashers, the Fishbiter Goblins and anyone else stupid and expendable enough to serve the wizard. His latest scheme involved masquerading as the oracle to a monstrous entity known as The Frog God and duping the cult that worshiped the creature into giving him their Manacite supply.

Tends to pace with hands clasped behind his back

Heinreich was educated by the chamberlains of his clan in the Stormlands. His understanding of magic and history was self taught.

Discovering a massive chunk of Manacite in Becklinberg and conning the population into giving it to him. Unearthing information on the long lost Ghelf castle and murdering those that brought the clues to him.

Heinreich believes in his own self worth and destiny. Endangering his own safety is taboo when others can be manipulated into doing his bidding instead.

In the short term, to find the missing Ghelf Castle and access the old relics inside. He's hoping to find some form of longevity or immortality soon as his mortal lifespan is dwindling. In the long term he'd like to return to the Stormlands and become the next Stormking.

Ghalrum Grannis - The mage hunting dwarf has made several attempts on Heinreich's life but has thus far never succeeded.
Olive - He has tried on more than one occasion to capture the pixie and her family in the hopes of extracting their Fae essence to add years to his life.