It's not known if the Leylines were created or if they always existed. Scholars and religious leaders have debated their nature since the beginning of recorded time.   The primary point of debate is their origin. The priests of many faiths teach that the Leylines were designed by the gods when they came to Tairos. Which god made them is another matter but most will say that they are creations of Sandor, Corellon, Moradin, Arroc or Jedha. They describe them as roads built brick by brick from divine matter and that by these holy passages are the gifts of the gods delivered to the earthly realm.   Scholars from ancient organizations such as the Colleges of Magic and the Clockwatch believed the Leylines were part of the structure of reality and that they ran through the cosmos and immaterium like veins in a living body. And through these veins magic flowed but also travel between the planes of reality was made possible. Religious figures dislike this view because it postures that there are natural forces that govern the actions of the gods.   Regardless of which is correct both agree that the Leylines are the natural font that supplies magic with the energy to manifest. Some magic can be fueled by alternative means such as Necromancy, Elemental magic and Infernalism. However, these secondary fuels are rarely as efficient. For example, Necromancy requires a saturation of death energy and entropy the likes of which can only be found on battlefields and ancient graveyards. Infernal magic requires a direct conduit to the planes of Hell and the Abyss. Elemental magic can be worked in regions consumed by their primary element. Fire magic could be fueled by a burning city or volcano, water magic on a seaship or small island ect ect.   The fae that came to Tairos had developed a way of tapping into the Leylines of worlds and drawing out the power inside. They developed a stable means of storing this energy, known as Manacite. The Fae used their stockpiles of Manacite for a number of endeavors such as journeying from world to world, infusing themselves with raw magical energy (effectively allowing most fae to have at least one level in Sorceror), healing and immortality, the development of new spells, the creation of golem servants, weapons and many other diverse pursuits.   This mining process also revealed another facet of the nature of Leylines. Fragility. When pieces of the Leylines were permanently removed it allowed negative energy to seep in. This energy seems to originate from the void between worlds and the corrupting planes of the Abyss, Hell, The Plane of Shadows, Abbadon and others. Those that studied the Leylines believed that these energies and places acted as a natural form of entropy that ebbed and flowed and that the Leylines were constantly regenerating, sloughing off the old and damaged parts of themselves. The mining method the fey used seemed to damage the Leyline's ability to regenerate and would eventually lead to a clogging up of dead, scarred, remnants of the magical conduit. This culminated in what is commonly known as The Queen's Rebuke. When the already ravaged Leylines were exposed to a sudden and massive influx of energy when the Autumn Queen detonated her storehouse of manacite.   Today, the Leylines are believed dead by most. A few well traveled and educated scholars have heard of or seem remote sites where some trickle of pure magical energy flows but these are rare and often only active for a window of hours or days at best. Some less than reputable scientists and religious figures believe the gates are capable of bypassing the damaged section of Leyline that connects to Tairos and that magic can be restored that way. Others still have reported encountering a rare few individuals that drawing on some as-of-yet unknown source of magical energy that doesn't seem to require them to tap into Tairos' dead Leylines. This is incredibly rare and most nations in Tairos are unaware of these individuals.

When viewed using spells that allow the caster to see such magical geographies the Leylines currently appear as gnarled, warped and decayed black veins not unlike a withered vine or infected tree root. In the past, they were described as glowing, wispy currents of light that moved as if pushed by an unseen breeze.

The Leylines crisscross the entire land. Many happened to overlap in certain places such as Melanthris, the Serpent Lands and near the ruins of Carda/The Drown Yards. This doesn't seem to have a known significance or impact on magic used in these regions. 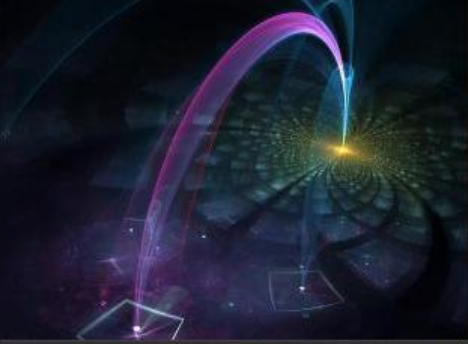