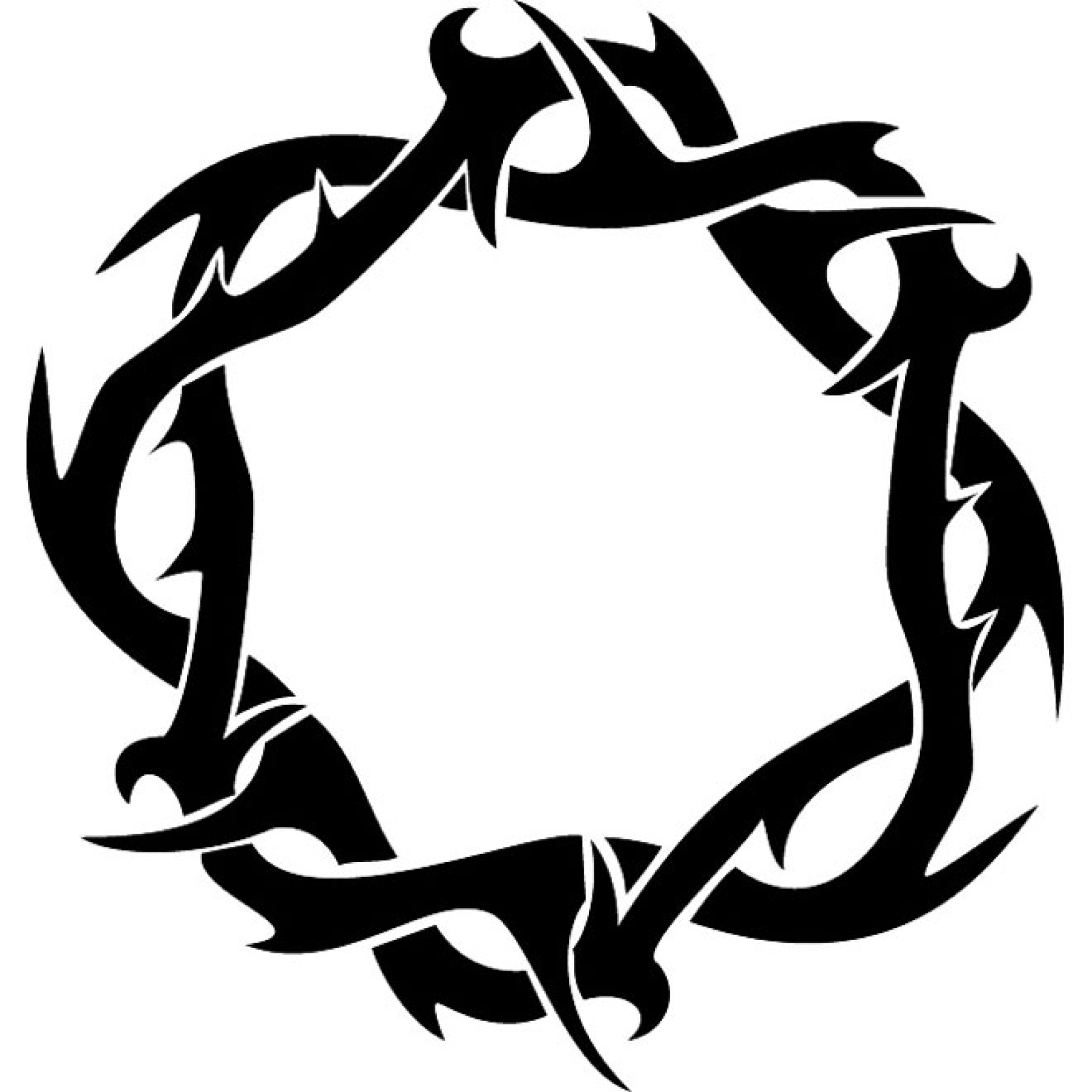 The vast criminal network known as the Black Thorn Society has plagued modern history so deeply that many cannot remember a time before their prolific atrocities. However, in truth, they are a recent threat that evolved in the backwater hovel of Theawood just south of Ghal Pelor. On Thorngarden street amid the many tanneries, smitheries and slaughterhouses a violent gang known as the Stranglevines ruled unchecked. They took their name from the Bristol Vines that grew all along the buildings on Thorngarden Street. The way they would sometimes grow between passageways and alleys at neck height as well as their sharp thorns led to them being called Chokers and Throat Slashers by most local residents.

The Stranglevines rose to power over a century and a half ago but their golden age was short lived. Violence and poverty became a part of daily life along Thorngarden ave and the surrounding streets. Theawood's small and underfunded constabulary was in no position to deal with the mounting threat so they turned to the Grand Order of the Lion for help.

The mercenary champions of the Grand Order adhered closely to the tenants of their founders and charged a task force of knights with the task of cleaning up Theawood's streets. The knights swept through and quickly arrested everyone associated the Stranglevines and other, smaller gangs. Those that resisted were harshly dealt with and those who survived were brought to Ghal Pelor for trial and punishment.

Ghal Pelor's justice system has always been known for its bureaucratic nature; striving to be fair to the accused and thorough in the prosecution of the guilty. Lawyers, judges, officers of the court and constabulary procedure all combine to create a system where trials can take months to begin and can last for weeks. The prison system is often flooded with convicted criminals as well as those just waiting for their day in court. The remnants of Theawood's gangs mixed in with the rest of the incarcerated masses and soon found that their bloody exploits in their tiny hamlet didn't earn them the same respect here as it did back home.

However, their gold did. The Stranglevines had managed to amass considerable wealth for themselves in Theawood. With no other gangs to seriously contest them back home and no authority to halt their expansion even the ground level thugs of the gang were wealthy by the standard of the common citizen. Their wealth bought them power and respect in prison. The individuals that made up the Stranglethorns started using their wealth to further their personal goals behind bars and on the streets. They abandoned their roots and their bonds with each other in many cases. Where their spheres of influence clashed... they warred. Prison assassinations were common and wardens on the payroll were even more common. Soon, only a dozen or so of the original Stranglethorns were left alive and their convictions made sure they'd never see the light of day.

It's during these days that the true Black Thorn Society came into being. Most of the original Stranglethorns were dead and those that remained hardly considered themselves part of that gang. They were their own empires. And many from outside the gang had found their way into the wealth of the deceased Stranglethorns by way of legitimate payments, coercion or murder.

While these personal empires reigned supreme within the walls of Ghal Pelor's prisons they struggled to remain relevant on the streets. That would all change late one moonless night roughly thirty years after the Stranglethorns were brought to justice. A full blown riot had erupted within the prison, fires were set and prisoners were running rampant. The exact cause of the riot is lost to many scholars but most blame a careless guard getting too close to one of the cells. Others suspect it wasn't a careless guard but one on the payroll of the prison empires. Whatever the cause the outcome was the same, the wardens failed to maintain their control and nearly a third of the prisoners escaped into the night and infiltrated the streets of Ghal Pelor

Escape was not the only goal for many caught up in the riot though. A great consolidation of power also occurred that night. dozens of the tiny criminal kingdoms that were born from the Stranglethorn gold were ended that night and their assets devoured by stronger rivals. It's said this process repeated itself all through the riots and during the first few days out on the streets till only three remained. Those three remained nameless even to this day. No one is sure who these three ultimate victors were, and which of their unfortunate victims didn't survive the riot or the nights that followed. However, the riot itself is famous in Ghal Pelor's history as is the title these crime lords adopted. It will forever be known as the Night of The Three Crowns ... and the birth of the Black Thorn Society.


The Rules of Court

The Three Crowns worked to create a system that would prevent internal strife from toppling what they strived to build. That system became so intricate, nuanced and strict that it began to reflect the tenants of social clubs, nobility and high society. The Three Crowns forced their followers into sacred pacts. These Pactmates (sometimes known as Pactbound or Pactsworn) are taught to act like loyal retainers for their Pactleaders. The Pactleaders are brought up to treat their underlings with respect while carrying out the commands of the local Barons(whom are often referred to as The Sharps). The Sharps are responsible for entire neighborhoods, tracks of land or regions. They are taught to value their Pacts as one would value honorable soldiers but also, like soldiers, to spend their lives like currency toward the accomplishment of their Thorn Lord's will. The Thorn Lords are true kings of the criminal world and they rule with nearly unchecked authority. They grow the business in their Thorn(the region they are responsible for), act as ambassadors and peace makers between the Pacts, expand their borders and deal with enemies of the Society in whatever way they see fit.

The Three Crowns dictate the directives for the Thorns to follow. They also choose the Thorn Lords for each region as well. They often hold court, gathering together the Thorn Lords and highest ranking Barons in secret and luxurious locations around Tairos. Its at these meetings that the agenda for the organization is laid down for the coming years. It is also when a Crown might announce their retirement and their successor.

The Black Thorn Society saw very early success by diversifying its business and opening its membership across racial and social lines. Elves, humans, halflings and Dwarves were all accepted and the ranks of the society are filled with all of these peoples. Only Gnomes seem to universally shun the Society, likely because of how invested each gnome is in the creation of Homestead and their own racial identity.

While drugs, racketeering, gambling and robbery have made positive impacts on the Society's ledgers no single business has generated the types of windfalls that The Business has. The Business, as it is known, is slavery. Clients in Lockland will pay handsomely for non-humans to work in their factories or serve in their households. The Durager in Cinderstone will offer up gold, enchantments or magical favors in exchange for victims to sacrifice to Ephias The Chain Maker. Its even rumored that some of the High Elves of Melanthris enjoy having living art in their menageries. The Business doesn't just attract these larger clients. There are all manner of low level criminals, warlords and industry magnates that require forced labor for their endeavors. So called "scientists and sages" also need specimens for their studies and such livestock can only be acquired reliably by The Black Thorn Society.

While the public knows little about the nature of the Society those in the criminal world have all heard of The Promise. So many other guilds, gangs and bandit troupes operate off of nepotism, lineage, coercion and racial/cultural heritage and that creates a barrier to entry for many or a glass ceiling for those that don't fit the group ideal. The promise offered by the Black Thorn Society is one of merit. Race, family, culture and tradition have no place within the Society's hierarchy.

The Promise has opened up membership in the Society like no other criminal enterprise in Tairos. Bugbear hunting tribes often cast off their identity to join their ranks. Their brutish nature, cunning and stealth make them invaluable trackers and slavers. Goblins who exercise enough wit and self-control to work in the Society's organized ranks find themselves employed as spies, assassins and thieves. Durager and Tengu willing to walk away from their strict cultural backgrounds can find a place within Society ranks where the stigma of their racial heritage vanishes. Even races like Dark Elves, Orcs and Fae are welcome regardless of their heinous crimes against the people of Tairos

Pacts - Individual members all serve in groups known as Pacts. The Pacts are comparable to gangs with a Pact leader and his Pactmates(also known as Pactsworn or Pactbound). They will operate under the director of the Pact Leader to generate profits for themselves and for the rest of the local organization.


Thorns - A Thorn is the regional chapter of the Society. They oversee the local Pacts, organize black market gatherings and slavers' meets and work to subvert the local government where they can. A Thorn is led by several captains(known as barons or more conversationally as The Sharps), to whom the Pact Leaders report to, and they themselves serve the Thorn Lord.


The Three Crowns - The Black Thorn Society is under the direction of the Three Crowns, three individuals that direct the efforts of the local Thorns in order further the goals of the organization as a whole. The names of the individuals are never used and are fiercely guarded. They instead operate under one of three possible titles: The Red Crown, The White Crown or the Black Crown. Each of the Crowns are said to share equal power but even that may be a lie to protect their secrets.

The general public is often unaware of the Black Thorn Society's existence or at best has only heard the name and associates it with the sort of dark alleys and seedy neighborhoods that goodly folks don't freely visit.

Answering: "Which criminal organization in your world is the most notorious, and why?"
Visit thechosenone's Competition Page Check all other answers to this prompt Competition Homepage