The first golden world to be discovered and as such are one of the more habitable places in the galaxy. It was the first colonization efforts within humanity and began the first steps for humanity to become a galactic power. Palacios is known for it's beautiful fungal forests and extraordinary waterfalls and rivers.

The planet's geography is something completely unique and is extremely rare. The types of terrain range from the coldest tundra, dry open plains, to lush jungle forests fit for any type of life. It even has floating islands in some places due to the high consecration of dark matter. This makes the planet a great place from agriculture development. The biodiversity within the planet is extremely high with so many unique species that many of the regions of the planet have fragile ecosystems that, when damaged, could disrupt the entire ecology of the area. Lucky most of these creatures are mostly docile on majority of the planet.

As discussed, the biodiversity on the planet is extremely high. Here are some of the examples you might see.

Here are some of the special resources found here.

Such a wonderful place to visit. Many people travel here to see some of the lush vegetation and enjoy the variety of wildlife.
— PAI 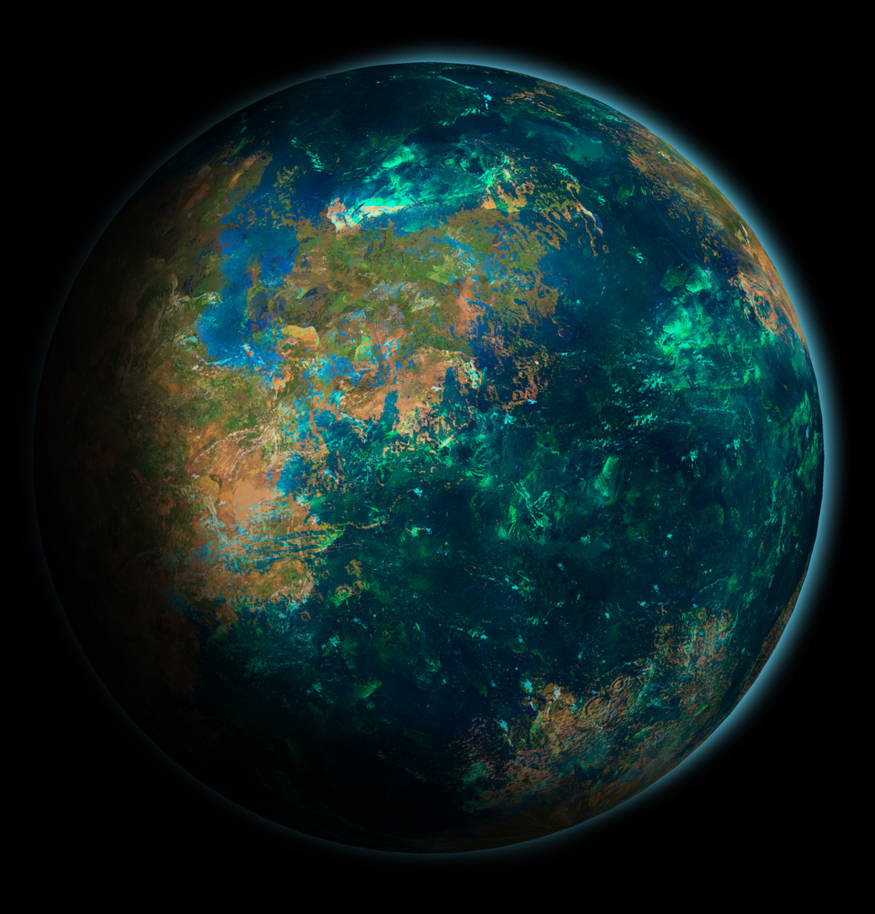 Answering: "Describe a lush and fertile location in your world."
Visit Eofa's Competition Page Check all other answers to this prompt Competition Homepage