"Magic can be dangerous, but it's never scared me. People, now that's a chaotic and unpredictable danger."
— The Ancient Mage Banon


A thousand years ago, magic was still a new field of study and while The Ancient Mage Banon is most well known for the creation of the desert that bears his name and The Vault, he is equally as famous as a pioneer of early magic study in the Experimental Era. This mage has several books and scrolls around the world that are discussed at length in schools and between scholars. Most discussions focus on the philosophy of magic and what might be considered too dangerous today, but was considered pioneering in the early days of learning. Many of Banon's studies included less than ethical practices, and he became increasingly wreckless in his later life. There are many theories circulating about the cause of Banon's madness and paranoia, the most popular is that the experiments he conducted on himself combined with over exposure to magic and Fae influences had serious side effects and lasting effects.

Following the destruction of the city that became The Vault, scholars began to impliment more restriction and regulation on study of experimental magic. Rulers of Kingdoms set up schools for magic study so that regulations could be better informed.

In the early days of discovery with magic there was little understanding of the consequences of playing around with the volitile and often chaotic force. There was a wide search for the cause of magic and how to amplify it. However, there were those who saw magic as inherently dangerous and uncontrolable, these factions and individuals worked to block research and set up guidelines for experiments that would have crippled the progress of learning. It was these regulations and individuals that made laws and frowned upon reckless experiments that Banon defied. He made several discoveries and was the first mage to tap into Fae magic.
It was his life's work to find ways to manipulate magic without needing to call upon the Deities for help. He didn't want to be tethered to a master or patron, and once he figured out that Fae magic could be tapped into freely he threw himself into exploring the magic that could be welded through the veil. 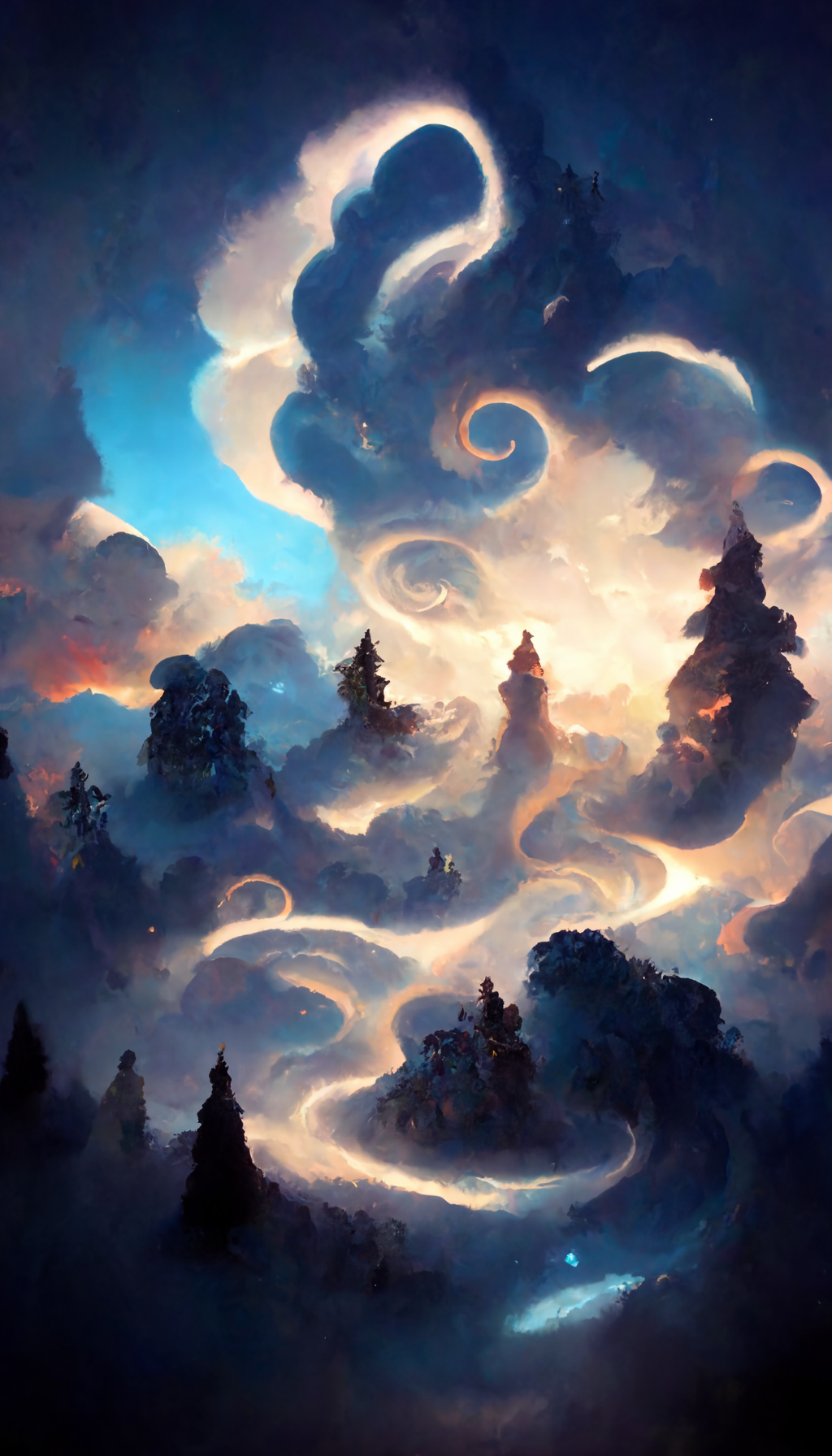 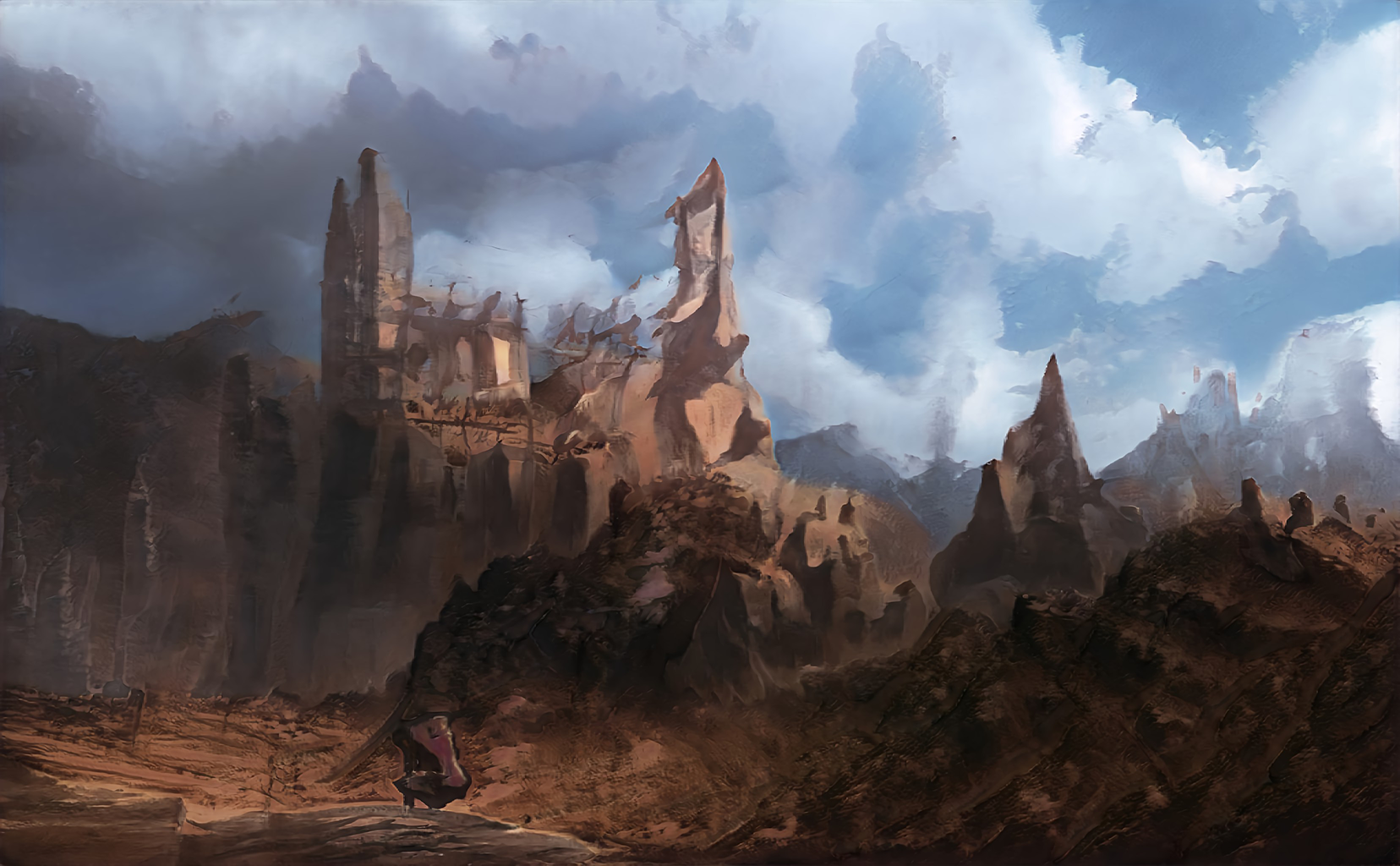 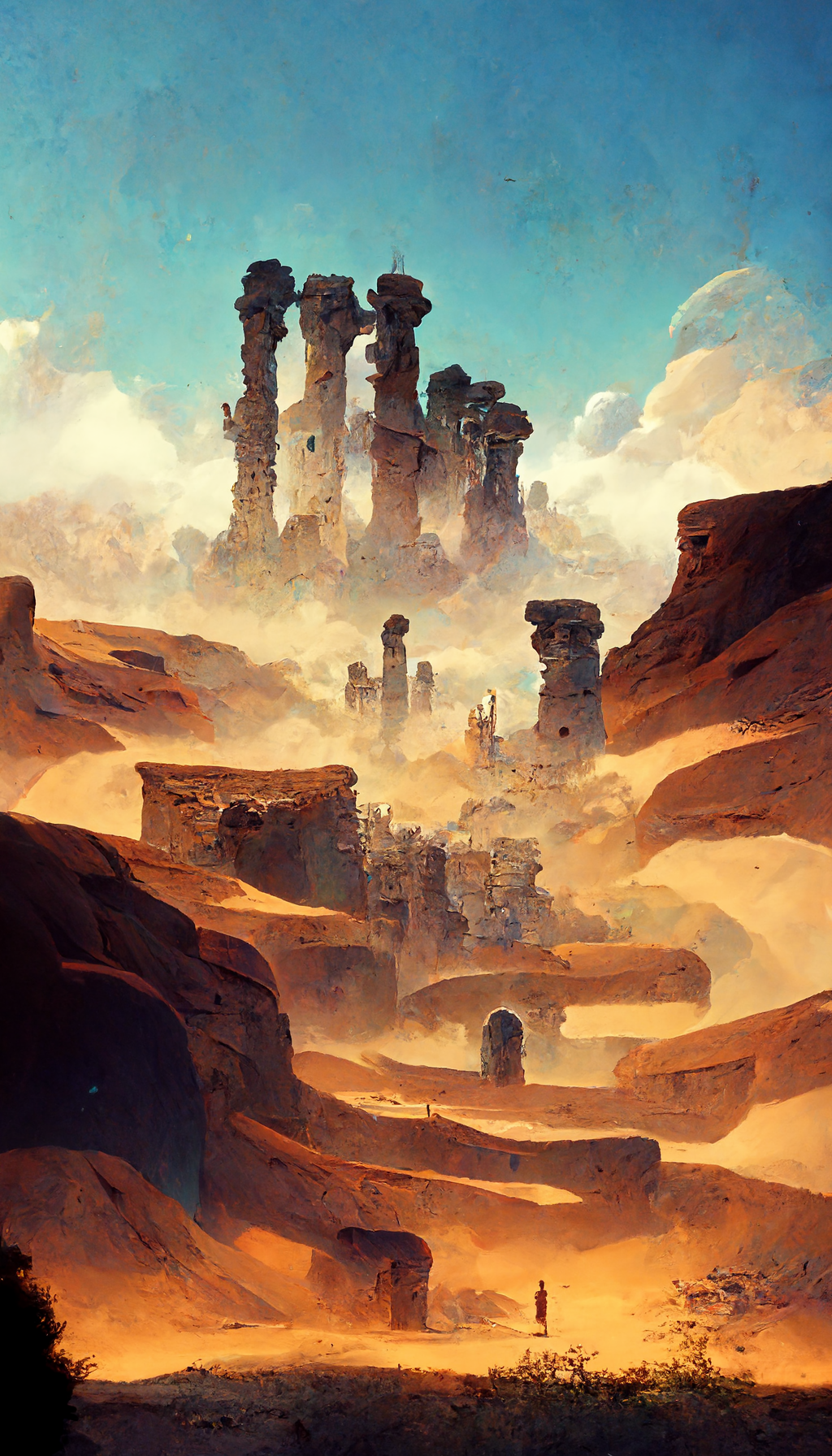 Disaster at The Vault

His desire to weild Fae magic as his own power led to the most devastating catastrophe in Sleyterran history. Exact events are only guessed at by scholars but with a better understanding of magic, compared to Banon's day, it can be assumed that while attempting to harness a large amount of Fae magic he lost control. The magnitude of magic is only speculated, but it must have been vast as when Banon lost control the magic lashed out and tore a hole in the Veil and created a more solid connection to the Fae Courts.
The entire area surrounding Banon's Tower was leveled and the magic running wild changed the landscape and destroyed everything in its wake. The only structures in the sandscape are ruins at the center: The Vault. Records in royal libraries describe the area in the south as having been its own country inhabited by people who lived in large stone cities within a sprawling jungle. Estimates about the loss of life and biodiversity have been recorded but no one can make an accurate account as there are few records about the cultures and species that lived in the southern country.

These strange castles and towers can be found in uninhabited areas of Aiphand and each has a forbidding aura that should be warning enough for the cautious to stay away. It usually falls to adventurers to explore these ruins and either slay monsters that wander out of the mists, culling them at the source, or to search for documents or scrolls. Each workshop is unique and holds it's own dangers.
The only thing that each workshop seems to have in common is the swirling mist that throws up illusions of terrain, and obscures the structures. There have been reports of adventurers getting lost in the mists and either never coming out or loosing their sanity if they do find an escape. The structures range in size and shape, they can be roughly dated by the complexity of the archetecture. Simpler and smaller workshops are dated closer to the beginning of Banon's studies while larger castle-like buildings are attributed to his later life. This is done because the workshops were built with the help of magic and as Banon's knowledge grew so did his abilty to build these immense structures with smooth seamless stone facades. 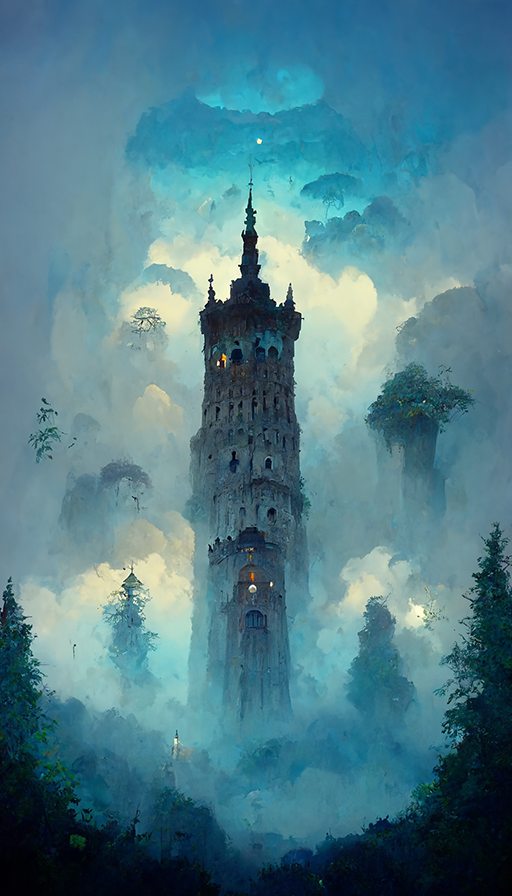 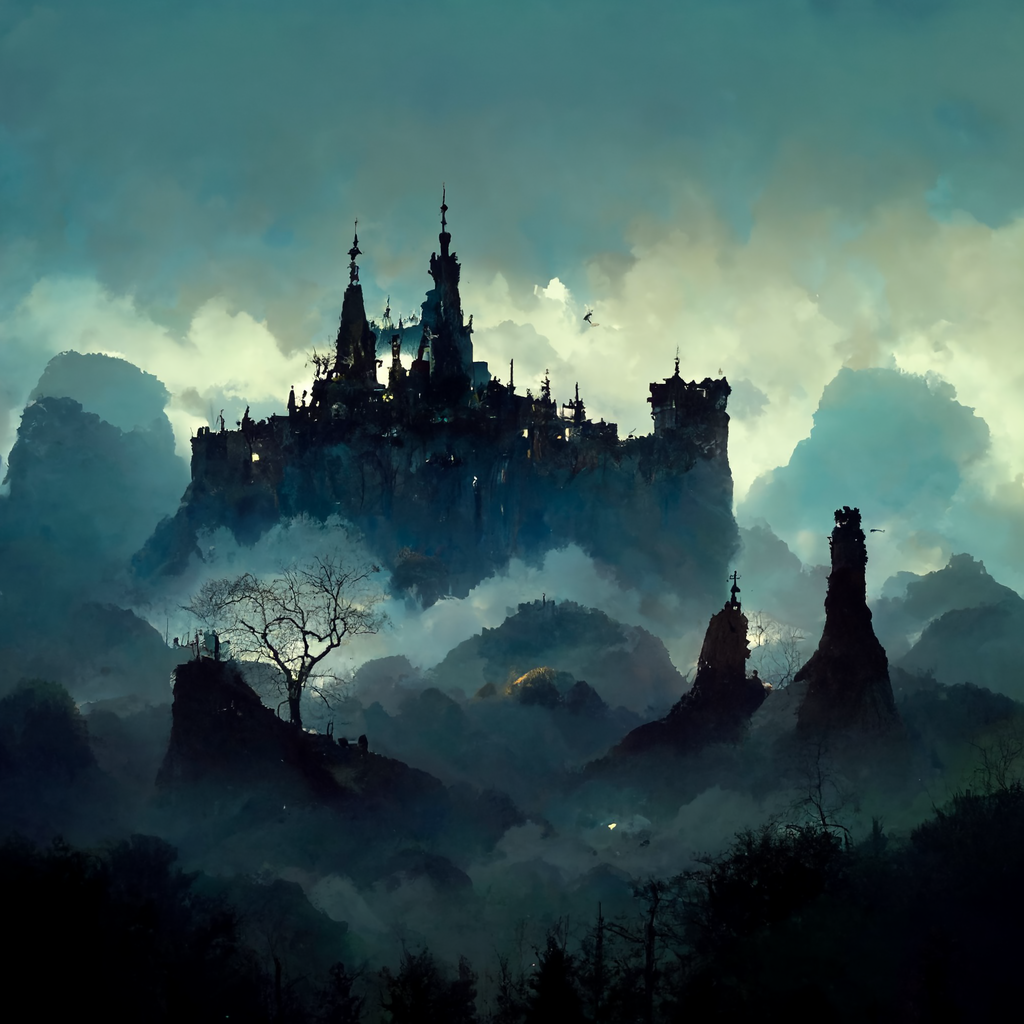 It is widely believed that as a young boy Banon lost a family member to disease or disaster, shortly after this loss he was exposed to the first glimpse of magic in Sleyterra. As a young mage he worked diligently and devoured every book on magic he could get his hands on. In the early years there was no satisfying his need to know more.
Once he had a solid understanding of common theories Banon began to experiment, and quickly learned that he needed an unpopulated area to continue his studies. The unpopulated area would never be suitable for settlement again after it was steeped in magic and even Banon had to abandon the tower, and move his lab somewhere else. Several of these abandoned workshops litter the landscape of Sleyterra, serving as places for monsters to spawn and grow. These workshops are also the source of quests sponsored by scholars and schools seeking out scrolls and manuscripts written by Banon and left behind when he changed locations. Much of the information gleaned about Banon was collected from these places by adventurers, but many adventurers returned empty handed or didn't return at all. 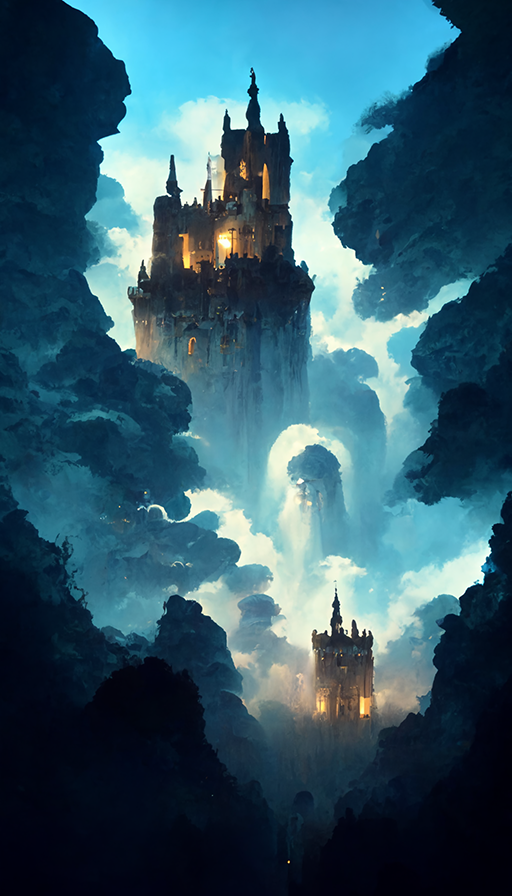 "Don't be such a Banon! We have rules for a reason!"
— Student banter


"There's no room for that Banonist thinking."
— Some teacher to a bad student.


"The Vault? What a masterpiece! I hope some day I'll leave a legacy like that!"
— A mage somewhere

Join me on Discord!

Written content is exclusively produced by RandoScropio, unless otherwise stated.

Maps are designed and created in Inkarnate by RandoScorpio, unless otherwise stated.

Images, photos, and illustrations are from DepositPhotos and used under a standard license. Unless stated otherwise.