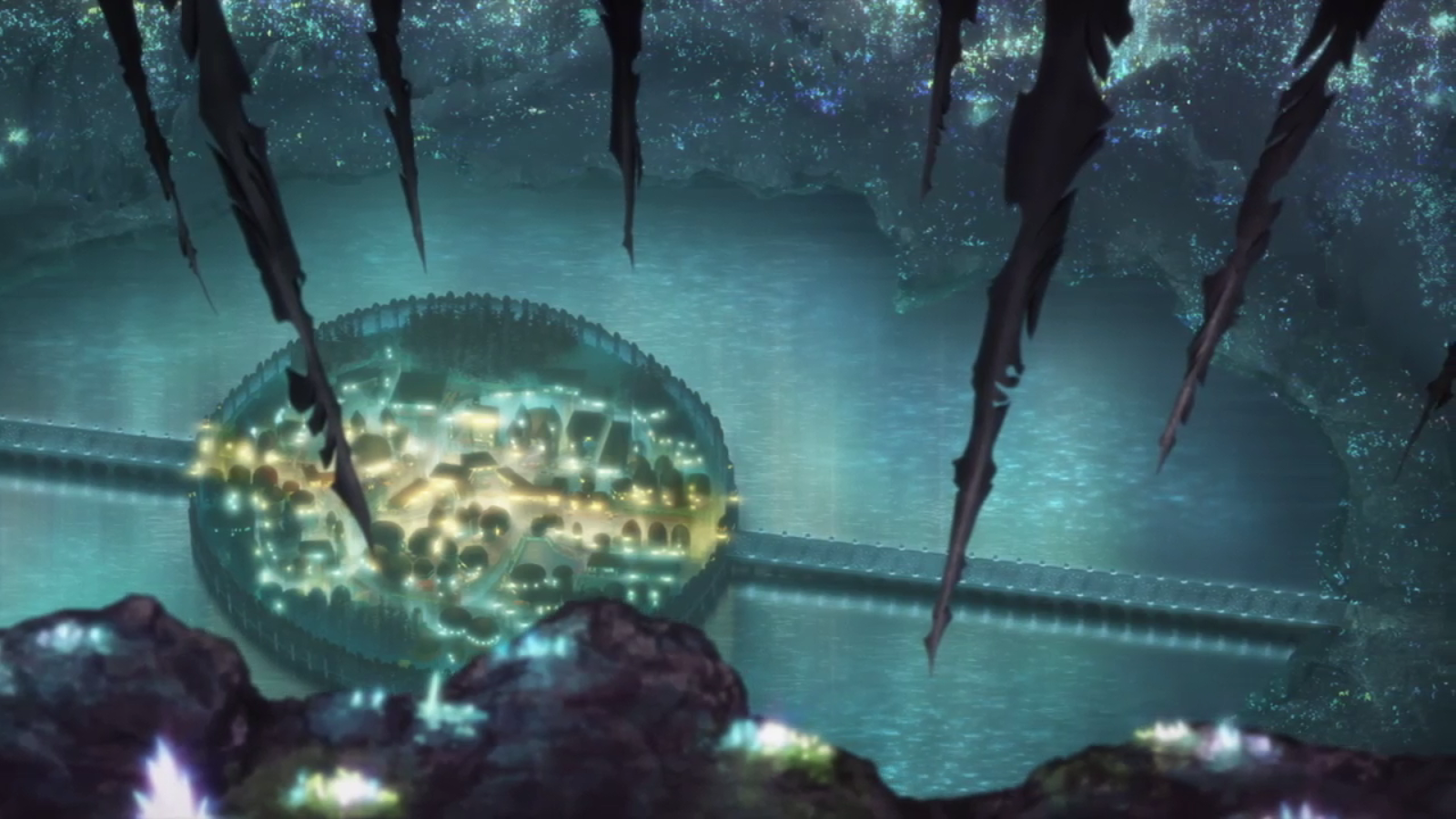 Uthal, the City of Runes, is a massive subterranean city. It lies in the center of the Sapphire Lake deep below the Northern Mountains.

The Sapphire Lake that the city sits in the middle is home to some really strange fish. Every year there is a fishing competition called The Angeln to see who can catch the strangest and largest monster from the lake. Some people even use whole roasted pigs as bait. There is the legendary Cuutha that Grundren almost caught a few years back. Cuutha is a ferocious beast covered in glistening green scales that almost killed Grundren. No one has seen Cuutha since and Grundren still bears the scars of a close escape.

Uhtal is the largest exporter of runestones in Rhunec. It is also the only exporter of deepfish skin and meat. Both runestones and deepfish have become symbols of pride to all Uhtalians.

The city is famous as the main exporter of Runes.