Jessimoso
Rhunec is a continent with a long history. Before the humans came into power, the titans had a proud and advanced civilization. The Titan War wiped them all out and left humans to rise from the ashes. That time was called the Chaos Age. Now, in the Age of Humans, Rhunec is bursting with life and enjoying a long peace. Some remnants of the Titan Age still exist. Most of the human cities today are based in old ruins of titan cities. Guardians and Tenders are titan constructs that still roam Rhunec. There are artifacts, powerful Titan objects and weapons, that are coveted, hidden away, or lost to time.   Recent events have started to disturb the long peace of Rhunec. Reports of hideous monsters are spreading from Awane. Rumours tell of ancient cults on the rise and unrest sweeping through the Guardian Cities. Tensions are creeping in and the city-states are starting to fortify themselves for trouble. These darkening times are merely the surface ripples, hinting at deeper machinery that has started to churn. Forces are gathering for violence and mayhem and long forgotten power is slowly awakening. There many that vie to control and shape the future of Rhunec, but few will truly be able to grasp the reigns of power and control the destiny of this world. Will you be one of them? Or will you be lost in the Shadow of the Titans?

Rhunec is developed as a TTRPG. The rules and structure are loosely based on Pathfinder with a lot of home brew tweaks. Enjoy!

Introduction to Rhunec is a great place to start for information about the world and starting the campaign.   Rhunec is currently a work in progress and many changes have occurred. I am currently working on v3.0 which should be finished soon.   Version 28 May 2020 First place to stop, has introduction and starting guides
... Introduction All information about the people, places, and creatures in Rhunec.
... World Lore 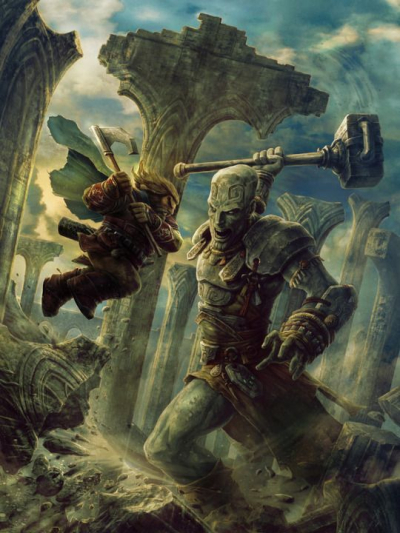 Rules, mechanics, and guides to playing Rhunec as a TTRPG.
... Campaign Rules