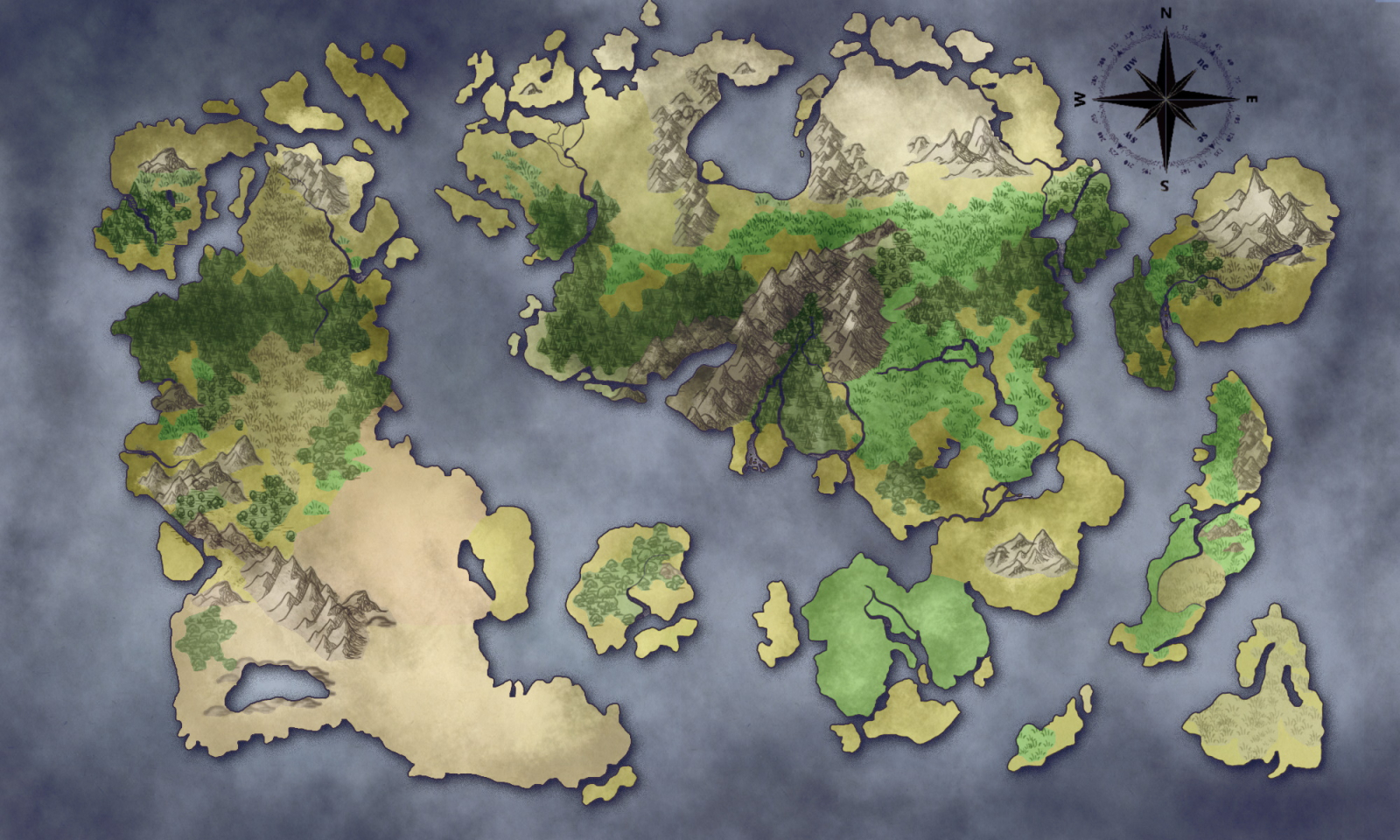 The world has become full. Full of secrets, monsters, mysteries, kingdoms, nobility, and an equivalent amount of good and evil. It may come as a surprise to some, but perhaps as an expectation to others, that with a world so full, there is so little that is truly discovered. From the grandest mountains of Tobar Mor, to the secretive islands home to the Yuanti, serving their vile gods, there is more to explore than one would ever think possible. The history of the world has waxed and waned for years until this moment. Perhaps it is time to start history over, yet again.

The gods of the world may be called many things, but words such as "absent" or "few" do not describe these deities. Many religions spring up and out over time, and not all of them fit under the same pantheon. Either you believe in the folk tales of mice that slay giants, or if you have seen men rise to godhood themselves, there are anecdotes for everyone within the walls of this world. Who knows, perhaps you may find yourself starting death in the face, in more ways than once, for the world truely can be treacherous.

Though the world can be treacherous, one does not need to look far to see that treachery. Evil dragons enslaving those in the west, with vast hords of creatures biding their time away underground, waiting for the chance to strike. Even in the northlands, strange tribes come about ready to take their position in the world, just as those from the kingdom of drakenvald expand their kingdom ever further against constricted borders. But not everything can be evil, or dangerous. Not far from every enemy one could find the greatest of allies, the greatest of heroes and the most promising of champions that one could hope for. It is up to you, heroes, to decide where you stand in the world. Will you help build the world up to save it from encroaching evil? Or will you be the villain, trying to bring it down with you? In the world of Pondera, nothing is impossible. Just challenging.

Lives are temporary, I am Eternal

Rea Dai'Gishkin's daughter. She has a bit of a rebellious streak in her due to be raised by Rea, who tends to hover a bit too much. She's adventuring mainly as a way to get away from her parents and expand her horizons.

Kind, energetic, confused and with a head that's not quite on straight, Eleanor, or "Ella" as she often goes by is a bit of a wandering soul. Her past shrouded to all including herself, she keeps her focus on what's ahead with the goal of simply living.