The club and city has a unique history in comparison with the rest of the cities. With its Welsh-Argentine foundations, it is the perfect club to represent San-Dávido. Plus the home shirt colours are amazing!

The founding of the club is viewed as the perfect opportunity to build the reputation of Mimosa and get fully embraced with the Cambro-Argentine vibe of San-Dávido.

The football club was founded as one department of a sports club in 1885 by the founder of the University of San-Dávido, Dr. Ricardo Emyr Ifans, as a means of encouraging the populace of the port city to keep active, as well as keeping the youngsters away from mischief on the port’s streets. Dr. Ifans named his sports club “Mimosa” in honour of the name of the clipper ship that took the first settlers to Patagonia from Wales, and to honour the roots of the city from both sides of the Atlantic. Another way he did this was by introducing the initial colours of the sports club, red and blue halved shirts - the red representing Wales, the blue representing Patagonia/Argentina, to honour both influences on the city.

However, during one game where the rugby union team had played a game (the origins of the football team come from this rugby team who ultimately decided to switch to the association version of football in 1892 as it was considered ‘safer’ for their members who were also part of the cricket club), their muddied shirts had to be washed and left out to dry. According to the legend, the person in charge of washing the shirts had forgotten about the damp shirts that were left out to dry, and exposed the shirts to the strong and warming Paradisian sunshine for a couple of days. When the forgetful shirt washer finally remembered about the drying shirts, they found that the once vibrant red and blue colours on the shirts had faded to the now iconic cherry blossom pink and sky blue halved shirts. Dr. Ifans, upon seeing the sun bleached shirts, decided to implement the new colours throughout the other departments of the sports club, realising both the uniqueness of thecombination, and the difficulty of obtaining new rugby shirts in time for their next game.

Their main nickname, “The Rosamarines”, comes from their parent sports club’s rowing team, who many of the football team were also members of back in the day. During one particular rowing race, where competitors had to compete in choppy waters, the San-Dávido based crew managed to power home to win the contest with a commanding gap of victory. So much was the margin of victory, the national newspaper ‘La Victoria’ declared that, “The San-Dávido team, like immense Rosa-clad soldiers of the Royal Marines, cut through the waves like Poseidon’s trident...”, and thus from that article, the nickname and the logo of the sports club (and thus the football club) was adopted. The three-pronged trident of Poseidon/Neptune became Mimosa’s logo, with the added bonus that each prong of the weapon could represent the three main sources of San-Dávido’s culture - Wales, Argentina, and Brazil, and them all coming together into one main location (San-Dávido / Paradiso). Other nicknames that the sports and football club has acquired over the years are the “Vida Tridents”, and the older informal nickname of “Los Maestros”, due to the club’s close links between itself and the university as well as having the same founder, with many of its former players later becoming either professors at the University of San-Dávido, or earning themselves doctorates/master degrees from the university.

The main supporters’ club are called the “Rosa Vida Locos”, and often sing their own version of Ricky Martin’s 90s hit “Livin’ La Vida Loca” before the start of every home game to pumpup the crowd, and often shouting:

The Rosa Vida Locos (RVL) are famously known in Paradisian football for their colourful tifos before big games or events, often producing displays either promoting the history of their club, the city, or showing fervent national pride in Paradiso and its government. The RVL most notorious act is their “blossom barrage”, where they produce and throw multiple plumes of pink ticker tape onto the pitch on the 62nd minute of the match scheduled closest to Paradiso’s Independence Day, to celebrate the country’s independence - the minute matching the year of independence, 1962. Often these “barrages” have covered players and officials, and vast areas of the playing surface, with their intensity, causing previous matches to be halted (on two occasions it actually caused a match postponement) as the pink tickertape is swept or blown off the pitch by club officials!
Crest: 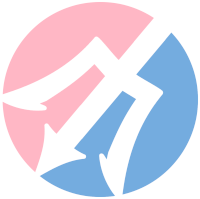 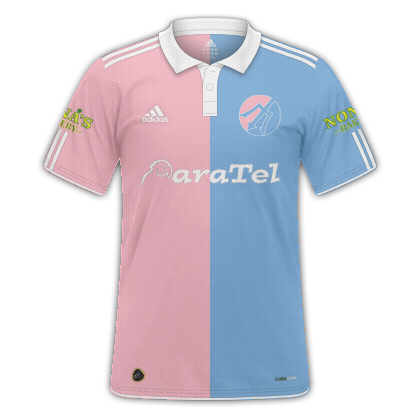 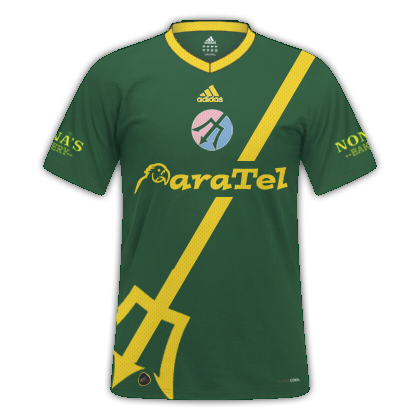 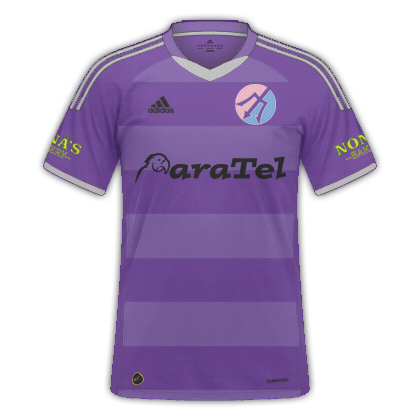