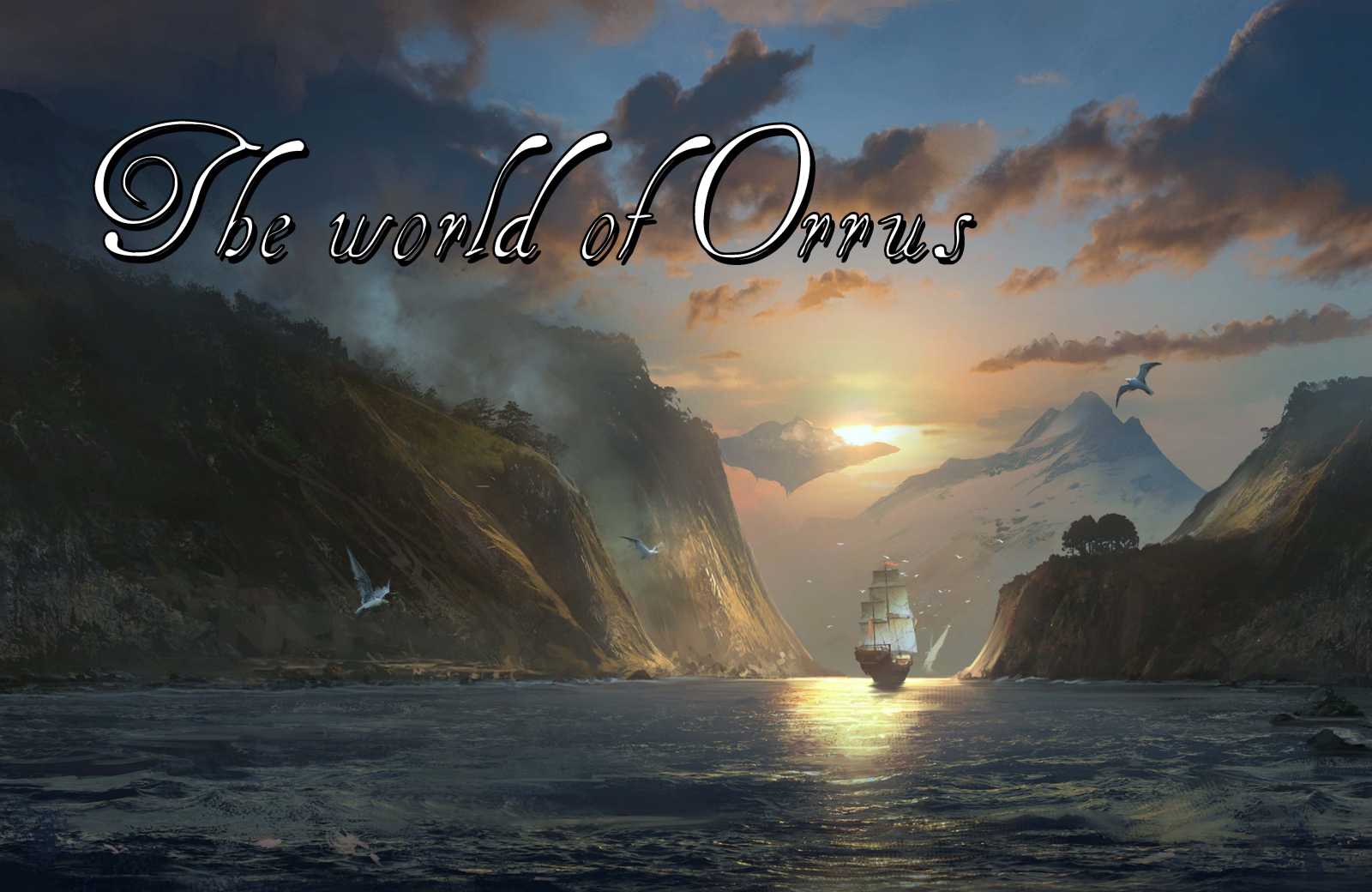 Androkles
"We all come from the same blood. I’m not sure why we fight as much as we do. I guess over many centuries, people start to have different ideas of what is important. Take the Jutan for example. I can see why they’re always so dour. When you live in a land blanketed by snow for most of the year, I’d be cranky and want to fight too."   -- Serah Himmel, Bar Patron   The world as known by its inhabitants is called Orrus. On Orrus, the main continent is Serrus, where a majority of its populace lives. Since the fall of the Ametrian Empire and the spread of the first people, each branch of Ametrians have slowly split into many distinct cultures throughout the continent of Serrus. Each has its own physical features, traditions, and languages. Even within a major cultural group, there are many smaller, but still distinct subcultures living in specific areas around their traditional lands. Art, philosophy, war, technology, science; these have all flourished over the centuries.   The people on Serrus are diverse as is their conflicts and struggles.   Orrus has one large moon, Nida, so named after the concept of Mercy in Old Ametrian. It lies outside the Elan Boundary that surrounds Orrus. This is a protective bubble encompassing the world that contains all of the energy of the Creator placed on Orrus. Outside of this boundary, the Creator’s light and Elan does not function. This boundary is also where one must reach to move to one of the other planes..
Tweet