Something of a scientific polymath, at age 15 Cuthbert went up to read Physics at St. Edmund (Teddy) Hall, Oxford before continuing on to obtain his doctorate in the same place. The subject had been undergoing something of a revolution, and after this he focused his research on building mechanical apparatus to aid in astronomy, with a goal of discovering the mysterious Planet X. A fortunate coincidence of timing saw him obtain a Professorship while in his 20s, but then things began to go downhill.   In February 1930 Planet X, aka Pluto, was discovered by Clyde Tombaugh at the Lowell Observatory in Flagstaff, Arizona, USA. While insistent that his instruments pointed to this not being the last word on unknown planets, more senior colleagues disagreed, and within a few years the bulk of Cuthbert’s funding, along with his Professorship, dried up. The situation was not helped by Cuthbert’s comparatively poor political and social skills.   Since early 1933 Cuthbert has been in London, gaining employment at C. W. Bailey and Sons booksellers in Covent Garden while he searches for other ways to delve into the workings of the cosmos. The shop had been a favourite of his father’s, and it is where his prized possession - a first edition copy of Newton’s Principia Mathematica - was purchased in his youth. He works regular hours, dealing with customers as the need arises, but the main skill he brings is the assessment of scientific books and those written in languages other than English.   He believes smoking and alcohol are vices which dull the mind, and much prefers the milk (and Coca-Cola) sold at the nearby Sunshine Milk Bar. Although no longer a formal Professor, he retains an association and stipend from Teddy Hall, and several of his colleagues there and in London are happy to help when he requests access to their laboratories or libraries. He retains a particular soft spot for Mr. Wetherfeld, the old Porter at Teddy Hall, who has been there for decades. 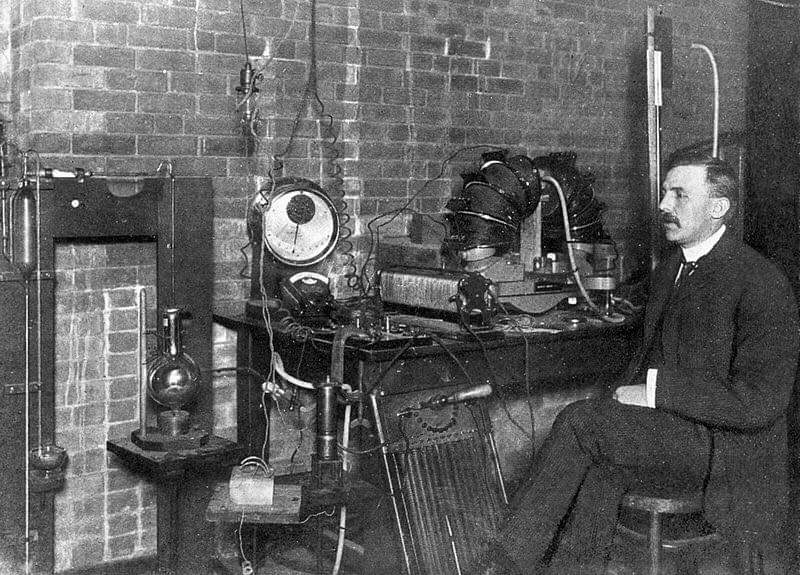 In the summer of 1934, the staff of CW Bailey & Son receive two telegrams…

No further communication is forthcoming through September. Telephone enquiries to the Professor's hotel reveal he left suddenly. Those to Fletcher's laboratory go unanswered.

This ms (“Megapolisomancy: A New Science of Cities”; Thibault de Castries, late c19th, France/San Francisco?) came to my notice while on task for Johnstone Dives to obtain a related work. Dives - a man whose personal habits continue to affront me - necessarily remains an important client due to his immense resource and connections. I doubt he has a balanced diet.   Dives sought “Caedis Urbi Verae Clavaes” (poss. “True Keys to the City of Killing"?), Johannes Turris, c.1530, Mainz - few copies extant, last known owner (poss. illegitimately; reported stolen from Braunau Church, Austria, 1805) the de Castries family of France. Believed that this copy currently somewhere in London, copy not seen since c.1860; eventually recovered by CW Bailey & Son and rendered to Dives following several unfortunate unsavoury incidents including death of Paul Fletcher, fellow astronomer. Insufficient time to study ms in detail prior to delivery.   Research reveals possible provenance and relation of these works as follows. Caedis stolen from Braunau by Julien de Castries, 1805; last seen c.1860 in possession of son Raymond de Castries (died c.1871?) in Rome. Thibault de Castries, self-styled occultist (cf. Order of the Onyx Path), was illegitimate child of Raymond; Megapolisomancy believed to be derivative work based on Caedis. Caedis eventually obtained from one Ambrose Bowers, who obtained from his mother, previously having passed through several hands including allegedly Jack the Ripper (possible falsehood intended to cause titillation/raise value). Note Louis de Castries, great-grandson of Jerome de Castries (younger brother of Raymond), also involved in events surrounding recovery of Caedis.   As title implies, Megapolisomancy (from Greek mega = great; polis = city; mantia = prophecy) presents as academic work on magical energy related to cities, and the use thereof. Frankly, the central premise (construction and activity of cities creates electro-mephitic energy, which can be harnessed to achieve various effects, including manipulation of life and death) is absurd, viz.:   “The electro-mephitic city-stuff whereof I speak has potencies for achieving vast effects at distant times and localities, even in the far future and on other orbs, but of the manipulations required for the production and control of such I do not intend to discourse in these pages.”   A companion text, T. de Castries’s Fifty Ciphers (personal journal, location and even existence unconfirmed), allegedly holds more specific details alluded to in the above passage, including protocols for achieving various effects. Despite the superstition and implausible nature of the work, the underlying mathematics presented at various points in the book - mostly geometric relations - are entirely self-consistent and, honestly, fairly advanced. Several corollaries are in theory amenable to experimental verification. Unknown whether T. de Castries is true author of these relations. My working theory is that author hid the mathematics behind occult mumbo-jumbo in order to keep knowledge confined to a small group, possibly as it describes new weapon technology (see below).   Anecdotally, many mishaps relating to this book. T. de Castries moved to San Francisco and passed away at an advanced age only recently (1929), reportedly tried to destroy copies of his work. Onyx Path a fairly major occult society at the time, although fragmented early 20th century following falling-out between T and others. Many members died in mysterious circumstances. T claimed responsibility for San Francisco earthquake of 1906 using techniques derived from these works (again, patently absurd). Nevertheless, the mathematics is, as noted, sound.   Common theme within the ms is the focusing of electro-mephitic energies to create paramentals (paranormal elementals?) at certain locations, as a form of attack. Paramentals said to appear as dust/vortices and lead to suffocation. Trigger is opening of paper note (containing geometric and occult symbols) by intended victim at intended location. Several attacks of this sort perpetrated by L. de Castries in attempts to recover Caedis. I personally witnessed attack on Hughes; my recollection is indeed of anthropomorphic dust cloud drawing energy from the man. However suspect this is partially hallucinatory, brought on by stress and recovery from unknown toxin exposure the day before, subconsciously prompted by reading the book. Second-hand accounts of another attack by Hughes and Ms. McGill; testimony likewise possibly unreliable (toxin exposure and hysteria, respectively, resulting from same prior stressful events). However, cannot deny that something did provoke suffocation in them. Attempted experiment with photographic exposure when a third example was delivered to the premises of CW Bailey & Son; no useful photographic evidence captured, and no adverse effects/attacks. Suspect that the delivery of notes is a tradition/calling card rather than the underlying mechanism of attack. Likely that L. Castries was nearby with some unknown mechanism which initiated the suffocations. Conjectured device an implementation of the geometric relations detailed in Megapolisomancy, construction possibly described in Fifty Ciphers? Note: keep an eye for that book. May manipulate tissues in lung/throat, or introduce harmful emanation into the air? This would explain why attempted attack at bookstore failed: we moved out of area of effect of device.   Intend to visit Fletcher’s old lab in South Africa as I believe his notes may have further insight. Also intend to join the otherwise-detestable Pimander Club to obtain access to Caedis and related works. While it takes considerable effort to separate the claptrap from the mathematics, the potential extension and application of these principles is fascinating. And the occult is claptrap, isn’t it?   Surely, it has to be?