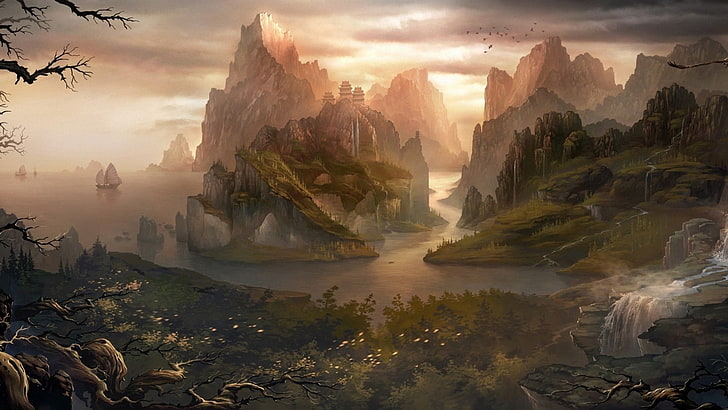 Deep in the jungles of this ancient land, a dark evil has begun to rise. Monsters normally dormant are now acting out forcing a defensive response from the inhabitants of the land. On these islands are various different tribes of people that follow under the leadership of their chieftain. These leaders wield ancient weapons passed down from ancestor to ancestor that give them power. These tribes have long fought to rule Nusantara but forever find themselves in a stalemate.   Another conflict now approaching the land is these white humans and elves from a far away land called the Dutchian. They have recently reached far beyond their land to colonize the lands of Nusantara being driven in conquest by their morals and their gods. After a two year long conquest, the Dutchian along with their machines have begun to advance as suddenly the monsters have begun to stir up trouble.