"An apprentice? what do I need with an apprentice? And a girl no less! I had an apprentice before if you remember and look how he turned out!"   "I am master of the society now, is that so bad?"   "Yes! Wasting your time with old men and their politics, when you could be out doing something useful."   "Look, just go to the school, it's in Dawnrock, it's just down the street from you, talk to her, see what you think, that's all I'm asking."   "Alright, alright, I'll go, but no promises."
- Recollected Conversation by Herold Senoth -

Dinora is the high-mage to the royal court in Casteidan, a position she has held for the last twenty two years. Her official duties in the court are as a member of the council of royal advisors and personal advisor to Queen Cora. As well as this she is a close personal friend and confidante to the queen and her family.   Though coming from humble beginnings, she now owns a residence south of the Craglin River. And even though many people think it is 'dangerously close' to the border, she finds its position 'ideal' for her studies of the ancient forest and its long dead rulers. From the top the tower of her home, she can see both the edge of the forest to the south and the river and Dawnrock city to the north.   Despite the fact that she has never taken an apprentice herself, she claims to have never found the right student, she keeps a close interest in Saint Ceflyn's School, at least the branch in Dawnrock. She also gives generously to the Orphanage of Saint Cheruse in Foeth.

Dinora was found as a newborn in a back alley of Foeth late at night by a drunken sailor. She was taken to a local orphanage, and the sailor gave what money he could to help with her keep, with a promise to return in a few months to check on her.   It was two years later that he returned to find the child doing well in the care of the priests. Once again he left coin with the priesthood with a promise to return in a few months. he returned three years later and left more money for her, this was the last anyone knows of him. All that Dinora knows is that his name was Quinn.   During her early childhood, she developed just like any other child, but as she grew, it was becoming apparent to the priests that she was not like the others. By the time that she was eight years old, she started to display signs that she could tell what others were thinking. She would answer questions that had not been asked and even once told a priest not to worry about something that he had not spoken of to anyone. The priests started to look for a place to send her as she was beginning to disturb the other children and even some of the priests.   At the age of ten, she moved to Saint Ceflyn's School in Dawnrock. It was from this point that her education started.

Dinora spent five years at Saint Ceflyn's School, during which time she learned to not only control her abilities but also to refine and improve them. Not only that but the teachers there taught her more mundane lessons, reading and writing in several languages, plus some politics, geography, mathematics, alchemy, and history.   Of all her mundane classes, it was the history lessons where she shone. She was fascinated with the civilizations that had come before the current times. She found it amazing that the Naalva, people who were treated as the dregs of society, had once had an empire that ruled the world. Her curiosity always bent towards what they had known, and what had been lost.   Being an intelligent and curious child, she soon caught on to the fact that there was more to the school than first meets the eye. But try as she might at that time, she could find out nothing about the mysterious 'society' that seemed to be running the school.

At the age of fifteen, she was interviewed several times by various people, the culmination of which was that she was apprenticed to Grumcar Hetric, Highmage to the royal court in Casteidan.   Over the next few years, she and the old man bonded surprisingly well. They shared a love of the mysteries of the past and Grumcar had found an enthusiastic assistant to help him in his research. During these times she lived mostly in Etrary Palace in Dawnrock. However, she also spent considerable time with Grumcar at his country home south of the river.   In the summer, when the court would move to Flintbay she and Grumcar would accompany the royal family. It was during one of these summer vacations that Dinora and Cora became friends. The friendship was frowned upon by Cora's mother, Queen Corinne, and other women of the court. Cora paid little attention to them, however, resulting in a friendship that has flourished and continues to this day.   It was during this time that Dinora accompanied Grumcar on a research trip into the ancient forest. On one of their later trips, they spent three weeks during the autumn of the year 4711 exploring the forest and investigating the old ruins there. During this trip, Dinora gained the companionship of a familiar. Gadzook is a blue Tree Dragon that she found fishing in a stream deep in the forest.   In the summer of 4712, Grumcar took Dinora to Korendel Island where she was tested and passed her Journeyman mage trial.   After becoming a Journeyman, she travelled extensively for eighteen years researching the ancient history of magic, following the clues wherever they went. But always she would return to Dawnrock and Grumcar, who had become the father figure that she had missed during her early years. She spent several years in the Kingdom of Albium travelling from Llontach out to the Westmarches wilderness areas of that land. Her travels took her north into the Geshwarin and Polhani lands. There researched their most ancient traditions and rituals, as well as exploring the many ruins and barrows that dot the plains between the Innersea region and the north.   Her greatest journey took her south through Parrusdan and the desert into the lands of the Wild Naalva and beyond.   In 4732 at the age of forty-two, she returned to Korendel island and took her masters test. This was considered a very young age to take the test, but not unheard of. She passed with flying colours and was inducted as a full member of the 'society'.   She returned to Dawnrock in 4735 to be with Grumcar who was obviously coming to the end of his years. After his death in 4738, Dinora inherited his home, his position as court mage, and perhaps more important to her, all his research notes.

Dinora's research, and that of Grumcar before her is into travel between Realms. Specifically, she has found evidence that there was once a Realm that was used for travelling great distances in a short time. She believes that the High Naalva used this Realm to govern their huge empire during the First Age of Mortals, but the knowledge was lost with the fall of their empire.

Her Familiar is called Gadzook but she, and he, would be most upset if you called him a 'pet'. He is a blue Tree Dragon. One of Dinora's favourite pastimes, when she is at her country house, is to watch him fishing for minnow's by the waterwheel. 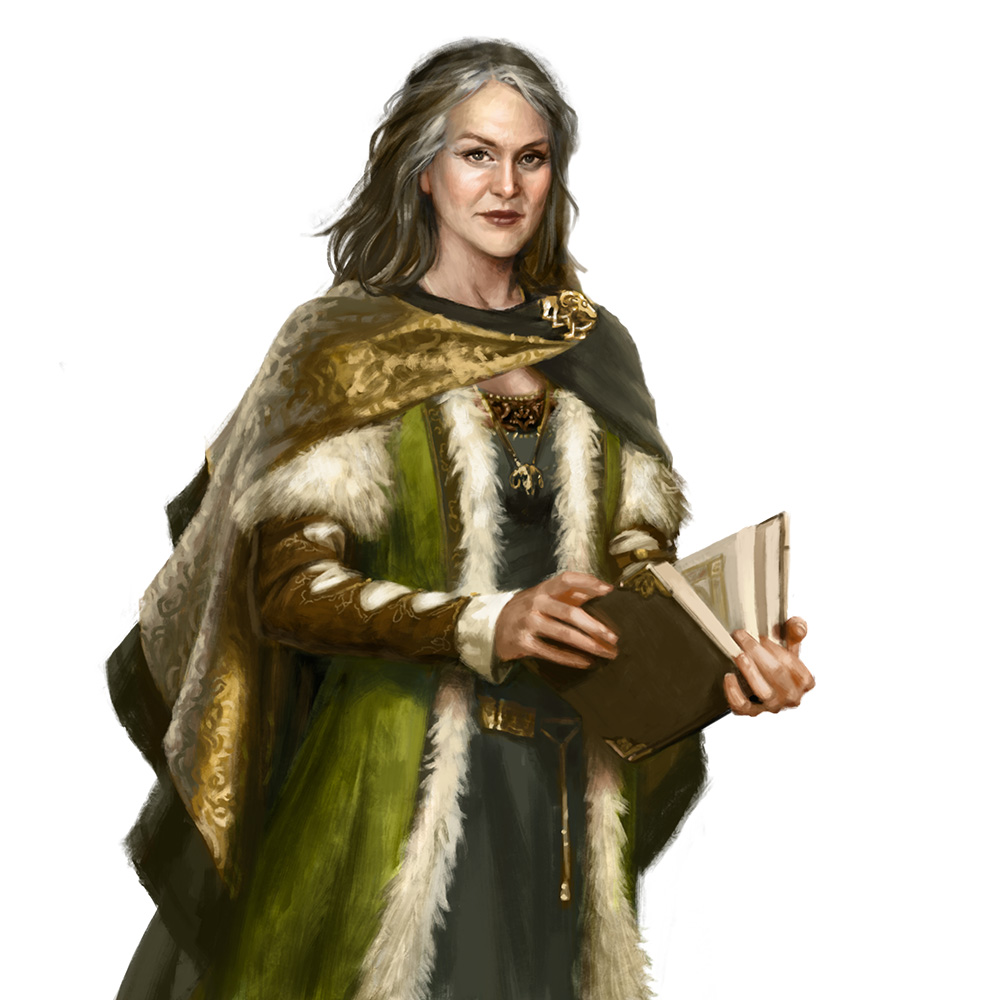 As with most mages, Dinora has aged slowly, despite being seventy years old she looks more like she is in her early to mid-fifties.   Similarly Grumcar was one hundred and ten when he died and most people said he looked no older than seventy. 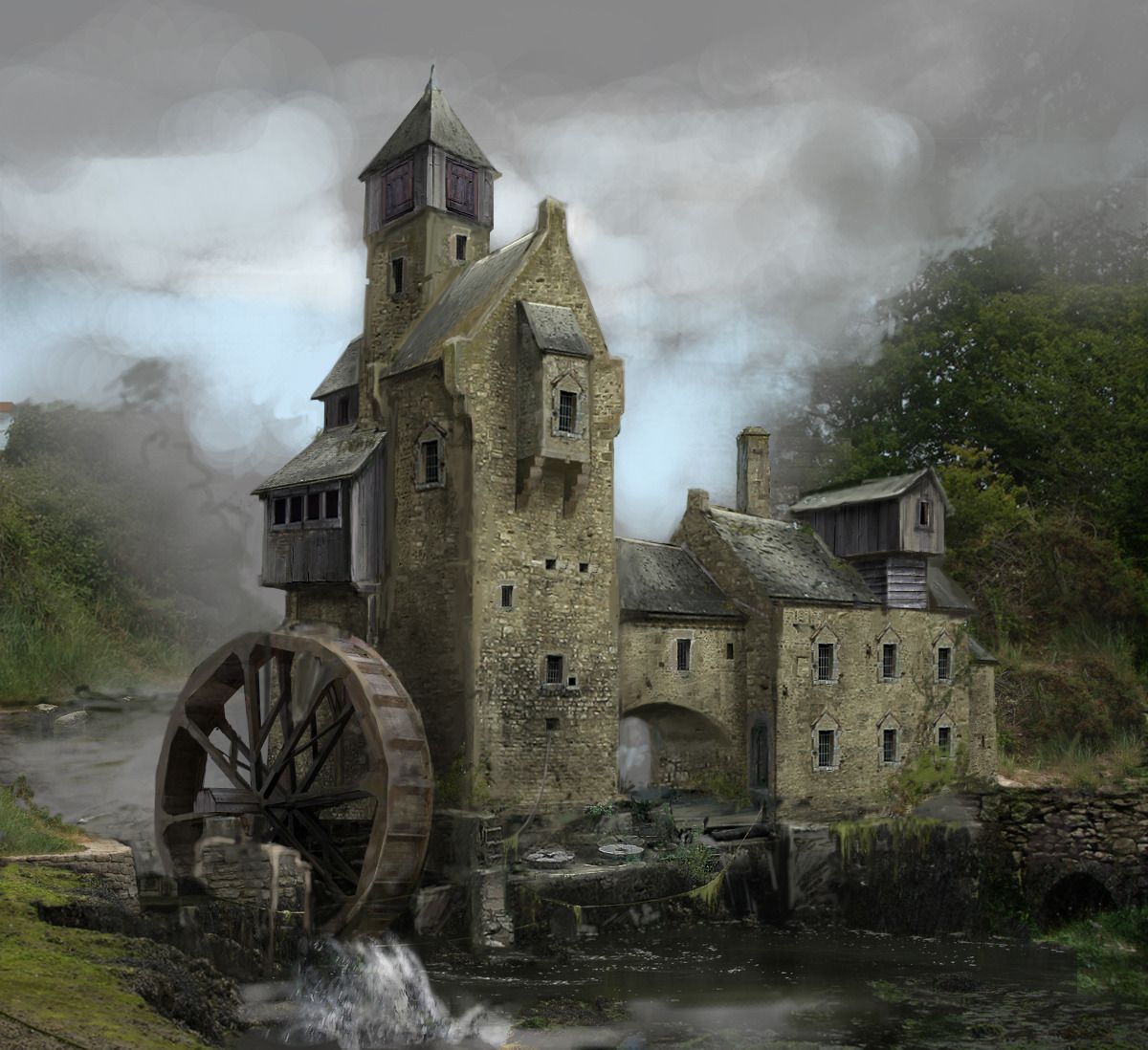 South of Dawnrock is the tiny hamlet of Yeldmill. This is where Grumcar Hetric bought an old millhouse and turned it into his country retreat. Dinora inherited it upon his death. The occupant of the mill is treated as the de facto 'lord of the manor' for the hamlet and its surrounds. Grumcar and Dinora have always treated the local residents with respect and have received almost reverence in return.

From an early age, Dinora heard whispers and rumours of a 'society' that was running the school. During her apprenticeship and when she completed her Masters' exam, she was finally inducted as a full member. The Vanguard Society is a secret society of mages based on Korendel Island. 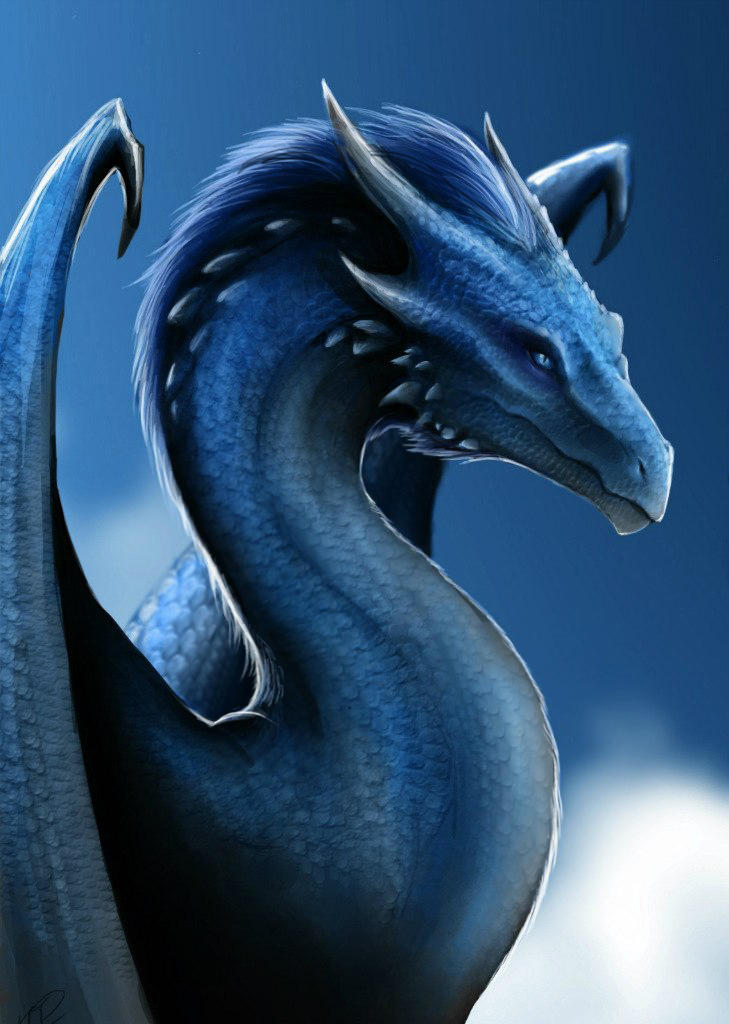