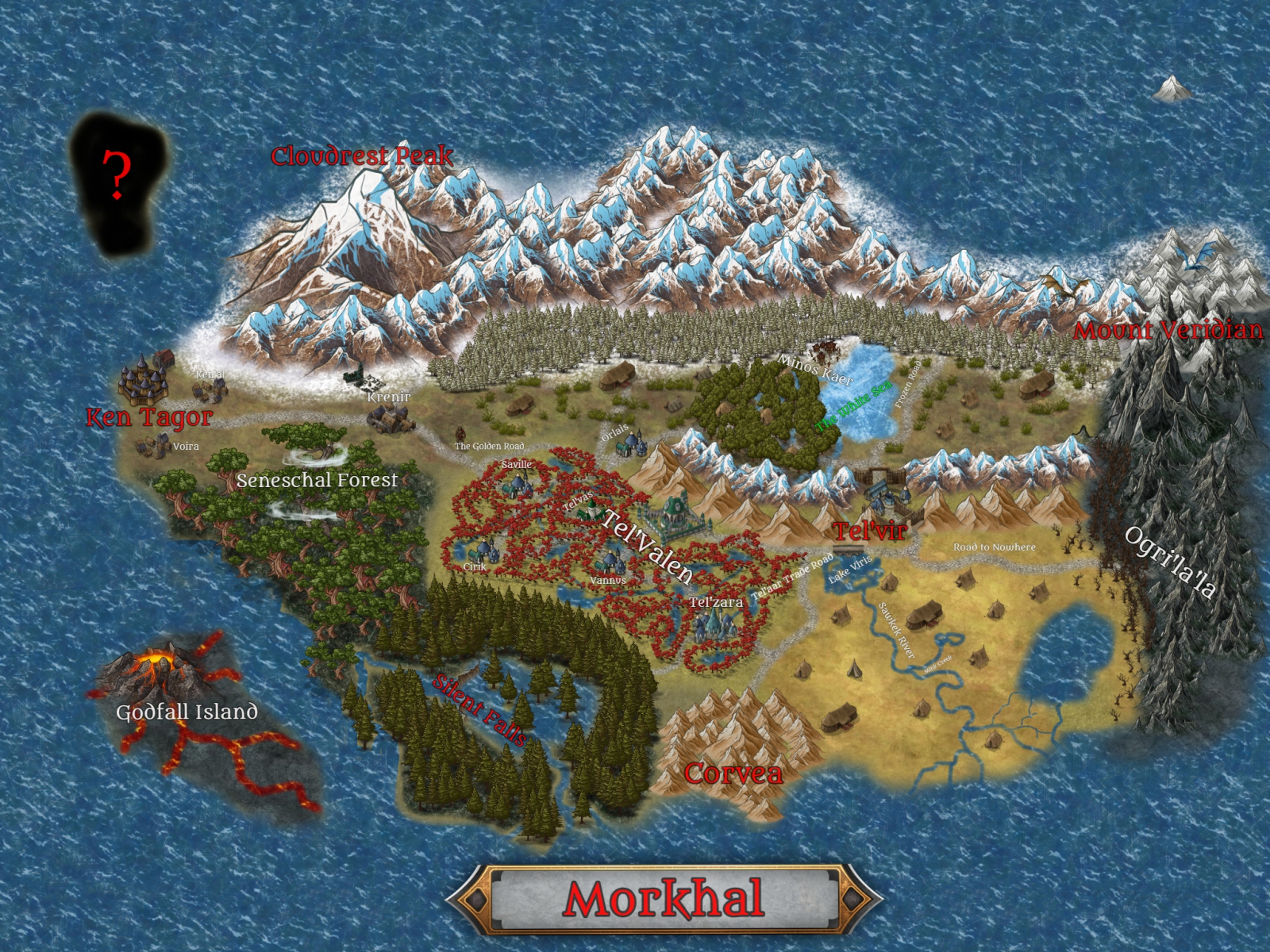 Year 57 of the Third Age

Charles Caspar
Long ago, gods actively led their mortal followers across the lands of Morkhal. Two groups, the Torvan and Saerin Pantheons, bickered with each other while struggling to maintain order under the leadership of Volun, the god of mercy and humility, known to many as the Great Protector.    Anuria, the goddess of hatred and envy, indignant at having to follow the orders of her polar opposite, began to refuse Volun, and eventually began openly challenging him. After sending her loyal servant Skyr, the god of battle, to face Volun in single combat, and Volun's victory, Anuria started work on a devious plan.    After challenging him to a duel herself, Anuria laid in wait on the shores of Godfall Island, ambushing Volun upon his arrival. Despite a mortal wound, Volun still bested Anuria, dooming her to perish on the same forsaken island as he. As the two died, the power of their souls radiated across Morkhal, creating a sort of primordial soup in the air, which suddenly made magic available to mortal races.   After the duel, Volun's loyal paladins purged the followers of Anuria, god and mortal alike, expunging them from the annals of history. Many gods of both pantheons returned to business as usual but, with the influx of mortal magic, their days of divine rule were numbered. One god, however, could not.    Kent, the god of death, had served as gatekeeper to the afterlife, shepherding the souls of mortals to the planes in which they belonged. However, the deaths of Volun and Anuria had changed everything and a very steep and sudden influx of souls was coming. Kent prepared a ritual to sever his soul from his physical body without dispersing his power, and created a new race, the Kentali, to build his tomb. To this day he exists between realms, watching over the souls of the dead on the way to their next life.
Tweet