The Western Princess is a side-wheel steamer with a total length of 50 metres. The ship lies in Nuremberg Harbour and has been used for many years, serving a wide variety of purposes. Especially since the merging of the cities to form the city of Varenburg, the "Princess" has become a popular location, declared an Elysium by the local Prince . 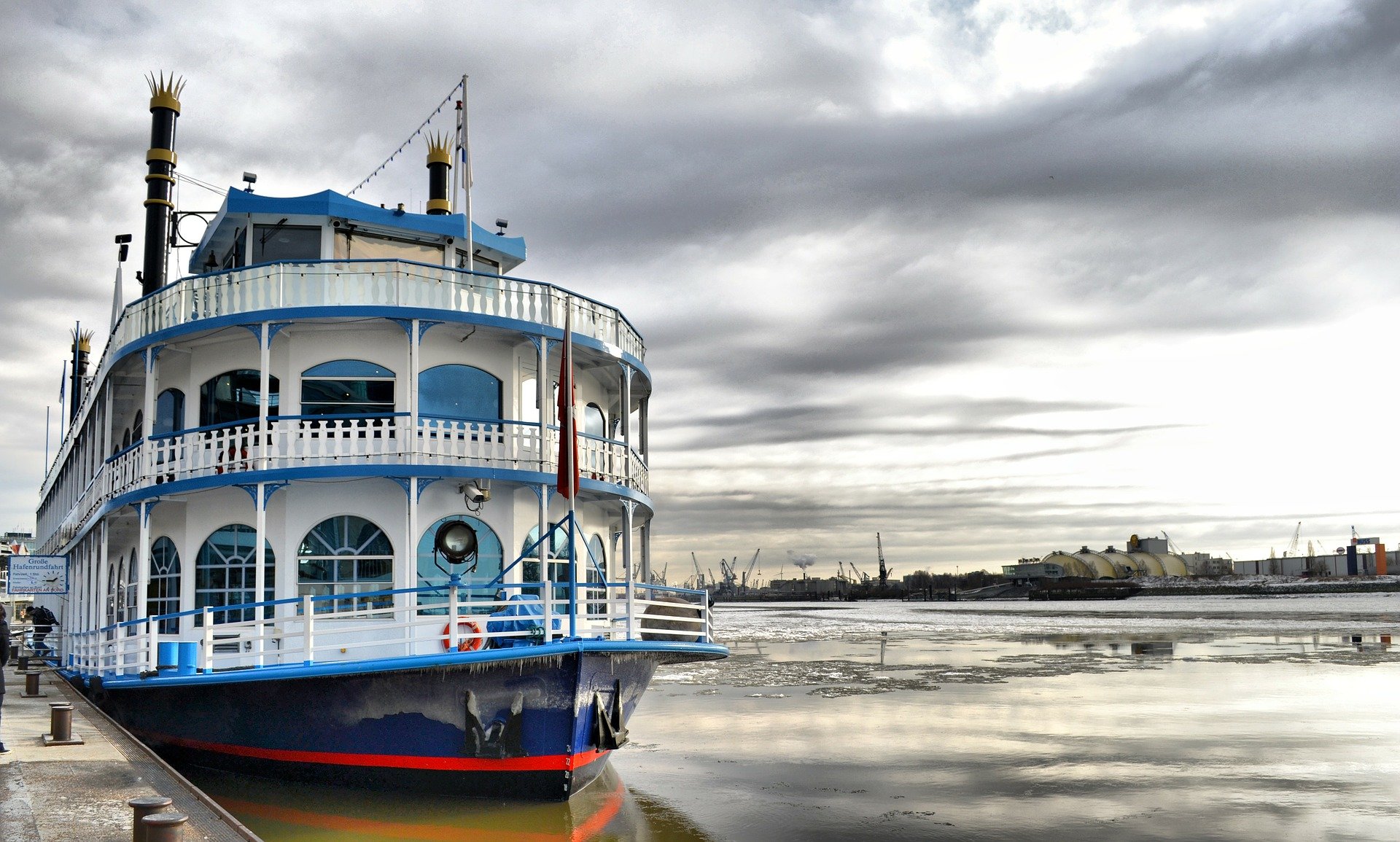 Today the ship houses not only a restaurant and a noble bar but also a high-priced brothel and an dance club where the upper class of the city likes to hang out. There are also fixed events, such as the monthly crime dinner, which the city's Kainites use to influence high society.

Loud booming makes the planks of the steamer tremble, while the smells of writhing people, overlaid with blood and other bodily fluids, cloud the senses. You look around uncertainly on board this location and wonder if you are really in the right place. Only when a girl approaches you who fits the description of your contact, you are relieved. The feeling doesn't last long when the girl nestles up against you provocatively and tries everything to get you into one of the "private rooms". Is she really the right one? The thoughts fade as she slashes the skin over her collarbone with a razor blade. You can hardly turn down the offer, can you? Your tongue slides over the wound, absorbing the intoxicating taste of the blood. Readily, you let yourself be carried away. You can still search later, and you're supposed to have fun on the ship.

The Princess has been in Nuremberg since the 1950s, where it originally served as an event location for the American troops in the city. Besides a small steakhouse, a flourishing brothel quickly established itself, which satisfied the needs of

Americans for hard cash. In the late 1960s, the range on offer at the Princess became more and more diverse and spoiled. Drugs and various practices that had been practiced in secret were openly offered and practiced on the Princess.

In the 1980s, conditions on the Western Princess were so desolate and common knowledge that the ship was known only as a "red light steamer". Over the years, churches and moralists of all colours have tried again and again to close the ship, but in vain. Initially, in the Nuremberg City Council, now in the Varenburg City Council, there were and are powerful advocates of a "controlled party location" within the city.

In the mid-1990s the ship changed hands and passed to Fantasy Images, who temporarily closed it down and thoroughly renovated it. When the Western Princess reopened, however, it quickly resumed old practices. The only difference was that the prices and ambience exploded.

Since the end of the 1990s, it has been possible to rent the ship for all kinds of events. Especially the young upper class of Varenburg gladly accepts these possibilities and celebrates parties there for which they can find no other location.

The Ship as Elysium

The Western Princess is used by the city's Camarilla as Elysium, which the younger Kainites like to visit. Its popularity among the young urban population makes the Princess a much sought-after hunting ground, which justifies its nomination as an Elysium, as this way the prince can maintain peace.

On Wednesday to Thursday nights the Prince of Varenburg is usually on site himself, holding court in the ship's restaurant. During these nights, the restaurant is closed to the public. The Keeper of Elysium is the Brujah James Farthing, an American who has been embraced in the city in the late 1950s.
Nickname
Red-Light Princess
Owning Organization
Fantasy Images GmbH
Rarity
Unique
Length
50m