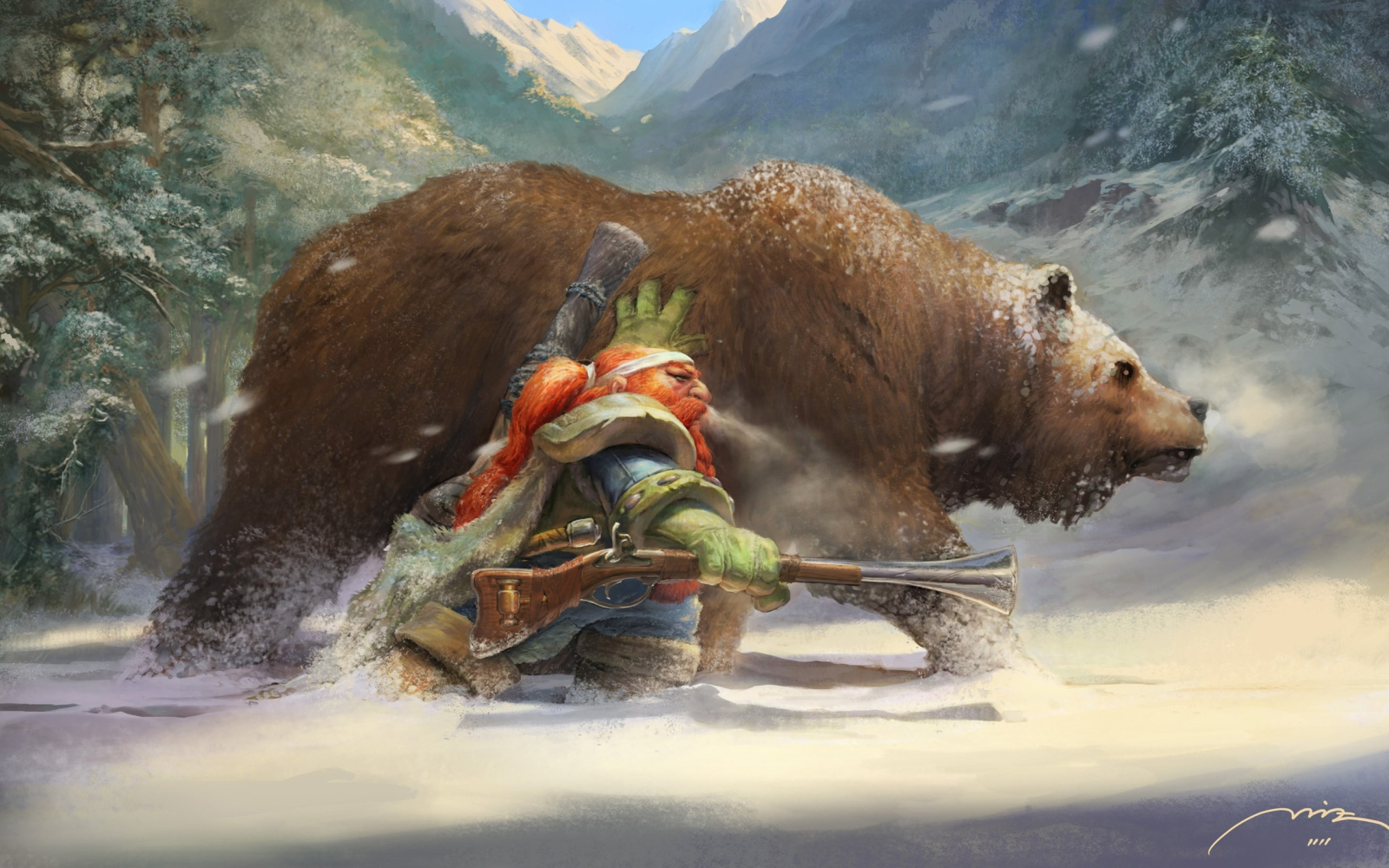 Long, long ago, a number of dwarves were enslaved by an army of invading goblins, after Thalassar, for the first time ever, was invaded. These dwarves, the progenitors of the Hill Dwarves, managed after centuries of strife to free themselves from their oppressors, and settled on the surface of the Dwarven Barrens, not knowing the way back to their ancient home.
The new people have no fondness for sequestering themselves deep in the mountains. They came to value individual freedom more so than any other Dwarven people and they took to a surface life. They have not forgotten their skills of stonework or their ancestral hatred for goblins, who enslaved them in the past.
They are both a little bit taller and have tan skin and darker hair than than their Mountain Dwarf cousins.
There are five clans governing the hill dwarves. The largest of these is the Harandor clan, which has few large families, the largest being only a few dozen members. They are more adapted to life in human communities and put little stock into ancient traditions. Many hill dwarves can trace their origins back to the Harandor clan, as it split early in the Dragon Wars. The four other clans have few families, but families that are larger in number. These are the Miredath clan, the Karsok clan, the Karashûl clan, and the Lîthun clan. Each clan specializes in something to contribute to the hill dwarf society, and a council with representatives from each clan governs the Barrens. Council meetings are held annually in each clan's family city, and is a big cause for festivities.
Working together with the other races during the Dragon Wars, the hill dwarves are close allies with the more amicable giants, as well as their smaller offspring, such as the Goliaths. Many Goliaths strays are welcomed into the fold of the Hill Dwarf society, and due to their very spartan nature it suits the Goliaths very well.

Hill dwarves hold a high value in preserving and using everything from yielded rewards, be it prey, money or an ore deposit. Not a single drop will go to waste, and to waste is to sin, in their eyes. Thus food is made on every possible bit of the animal, and no farm leaves a single acre of land on their grounds unseeded.

Hill dwarves prefer taller people; As a consequence, it's not unusual to see these dwarves have interracial relationships with elves, humans or dragonborn.

Bones, pelt, scales and other trophies from caught prey are often considered a high-quality gift, proportionate to the difficulty and rarity of the prey. As such, it's not unusual that clothes and armor are made from such materials, and houses are decorated often with many different trophies. 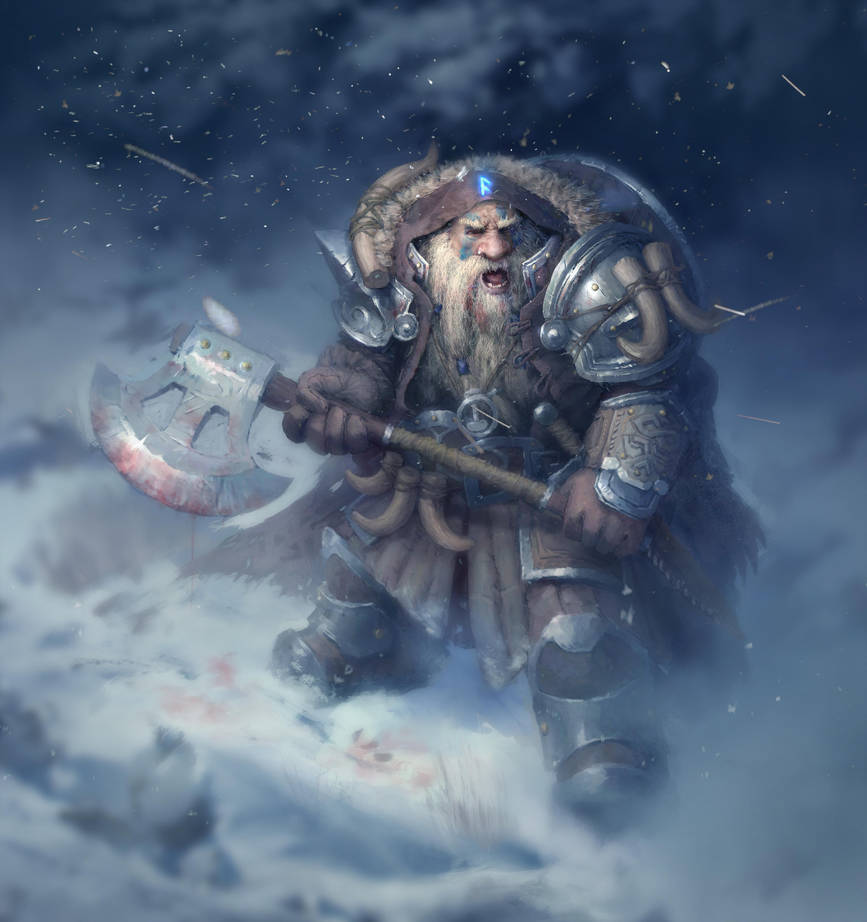 Darkvision. You can see in dim light within 60 feet of you as if it were bright light, and in darkness as if it were dim light. You can't discern color in darkness, only shades of gray.
Dwarven Combat Training. You have proficiency with the battleaxe, handaxe, light hammer, and warhammer. Tool Proficiency. You gain proficiency with one of smith's tools, brewer's supplies, or mason's tools.
Dwarven Toughness. Your hit point maximum increases by 1, and it increases by 1 every time you gain a level.
Hunter of the Fields. You have proficiency with shortbows and longbows.
Stonecunning. Whenever you make a History check related to the origin of stonework, you are considered proficient in the History skill and add double your proficiency bonus to the check, instead of your normal proficiency bonus.

Languages. You can speak, read, and write Common and Dwarvish.