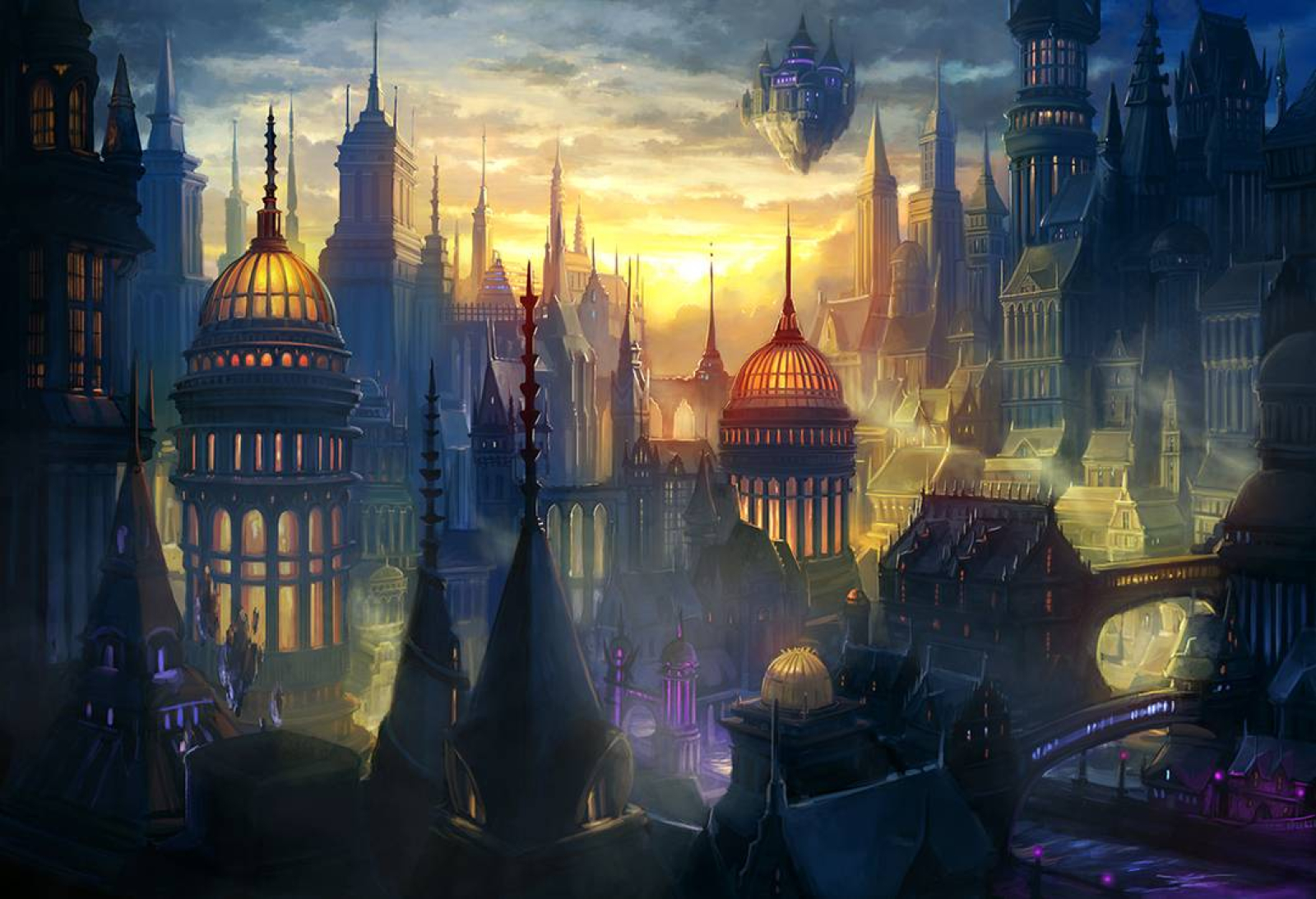 JPeej
The incursion of the Devil Legion wasn't what ended the old world, but the Marks of the Nine Hells they left behind were. In return we gave the new world to the dragons.   Find a mark etched somewhere on Loom, on a Tiefling's chest, and you can speak with an Archdevil who would happily take your soul in return for a Wish granted. They would grant any wish, the attention of a crush, the death of an enemy, or the fall of an empire. The only wishes they won't grant are any that would directly affect the fifteen dragons. And so as the old world fell to wishes, survivors made pilgrimages to the lairs of the dragons and asked if they could stay. The dragons that said yes did so for their own reasons, but they all asked for recurring payments of gold in return.   The lairs grew into villages, towns, and, by the time of 500 years after the incursion, the great modern magical cities of The New World. Melting pots of cultures all jam-packed together. Businesses of all types trying to make enough to pay the rent on the first of the month. Barriers of communication are torn down every day as spells and items allow people to directly access the magical Weave that permeates all things, encode their own memories and knowledge into it, and learn from what others have encoded. Teleportation allows for instant trade and travel between the cities. For the most part life is comfortable and easy, especially compared to the still untamed Old World outside the borders of the New, but it is also painfully mundane.   Work, home, weekends, and rent. The only way out of the cycle is adventure. On the streets, out in the old world, over in the inner planes, if you can find a real treasure out there, something that one of the dragons truly desires, they'll reward you when you present it to them. They'll gift you with Marks of Prestige, letters of recommendation, medals, ownership of a home, or just time off from rent. Just be wary, Dragons are capricious and might take back what they've given if they feel you haven't continued to deliver on the level they expect.   All stories can exist in Loom. What will yours be?
Loom Discussion Boards

Trying to make a living in Antiquity