History of USSR – a country that dominates over Sector 20 of human space, known commonly as Worker's Systems, is a history of possibilities that were lost – ot twisted into a parodies of themselves – due to doctrinarism, and beliefs into severely outdated (or, in fact, never possible) ideologies. History of humanity once again discovering, that utopia in the world of flesh and science is simply impossible, now matter how much humans dream of them.

USSR is a country that is equaled to its chief, monolithic, communist United Worker's Party. The government – in the sense of the word typical for more standard countries – is practically a extension of the UWP leadership, with its First Secretary being the true supreme overlord of the USSR, with complete control over both internal and external policies, not to mention the state main security force the NKVD.   The only group with power capable of opposing him is the so called Politbiuro, also known as Political Bureau of the United Worker's Party, the group that is officially tasked with ruling the Party during periods between its congresses (that, over time, were changed into nothing more than just little festivals, without any real power). In it are ministers (with only more influential of them with the right to speak), commanders of Red Army and Red Navy, and head of NKVD with some especially important people from the outside sometimes co-opted.   The exact level of powers varies between first secretaries, with some of them being able to enforce their will by strength while the rest tries to cooperate with the Politbiuro at least to some extent. It was disbanded several times, always only to be restored after a particularly strong first secretary died (or was killed/disappeared).

USSR has only one, central public agenda – it is building and spreading the miracles of Revolution throughtout the known part of the Galaxy. At least that's the official version. In truth, further spreading it whereever is relatively unlikely, with USSR more or less satisfied with avoiding being kicked out of Outer Colonies (not like it is that hard to achieve, with more centrist members safely focusing their hatred and disdain on countries like Fourth Reich or Free State.   Both Politbiuro and most of the First Secretaries, however, are fully aware that creation of one-state socialism is in long-term impossible, with existence of capitalist and fascist states – emanating their selfish ideologies merely through existing, using humans greed to turn them away from the glory of real communism – being a permanent subversion that undermines the existence of socialist paradise.   From their point of view they are merely biding for time, slowly spreading their ideologies throughout universities and elites of democratic states, while using their position in Outer Colonies to condemn fascists from Pact of Steel and betrayers of worker's cause from Fifth International to draw New North Atlantic Treaty and Res Publica Christianae attention from themselves. And all of this while secretly supporting various communist organizations and revolutionaries.

Navy
Red Navy is – per colonial standard – gargantuan in size, with vast squadrons of battleships and dreadnoughts as its main strenght. While slow and incapable of maneuvering, they are heavily armed in terms of heaviest possible artillery and AV defenses, capable of withstandings fighter assaults and rocket salvoes while coming close enough to enemies to shred them into pieces with their firepower.   At least theoretically. With its voidcraft carriers second-grade, and fighters manned by pilots whose skill level is far below their oponents from 'fascist capitalists' states, even with their potent AV capabilities they are still vulnerable especially to fighter attacks. What's more, their command cadre is moderate at best too, mainly due to subpar education in USSR, that concentrates far too much on politics than in cultivating the students' talents.

Ground Forces
Red Army is – per colonial standard – gargantuan in size, with vast armies of mechanized infantry and tanks, supported with nigh endless supply of conscripts. It, however, suffers the same problem as the Navy. With USSR locked in its own star sector, their contacts with the rest of the Galaxy is moderate at best. As such (especially due to relative lack of major wars) they simply feel no need for modernization and are far behind current trends in army organization and equipment.   Red Army is therefore technologically outdated at least for a decade or two, which isn't that much in relatively stagnant future, but still the difference is noticable. What's more, the lack of new modernization trends means that USSR never learned about the advantages of increasing education of common troops, practically reverting back to early XX century belief that soldiers can and in fact should be dumb but disciplined, with it's weaponry mirroring such mindset – primitive but reliable and easy to use.

History of USSR is a history of human pride, failed possibities, and inability to understand that there are things that are impossible to achieve simply due to human nature. And not even mindwipes and mental sculpting can change that fact.   USSR begun as a small group of colonies established by what remained of Soviet Union on Earth. Colonized by various groups – including exiled 'enemies of the state' and hardline communists that felt bad in the social democrat terran USSR – that soon after beginning of Unification Wars waged wars against itself, while trying to decide what sort of political regime will triumph. Somewhere during the civil war (as they were all a local splinter groups of local colonial government of terran Soviet Union) they suddenly understood that they were in worst possible place to be during the Unification Wars.   With Federation fleet gone, there was noone left to oversee the prison colony on planet Hades. Soon a revolt occured, and inmates took control of the planet, with the most intelligent, cunning and ruthless taking control of the rest, with forging their own star empire in mind. All of this nigh simultaneously with coups on planets New Orleans and New Suzhou, that gave rise to genocidal regimes of Revolutionary French Republic and Chinese Empire.   As the whole sectors was dangerously nearing being drowned in blood, USSR grew in power by more and more states joining it willingly simply because it was the strongest from the states that weren't outright genocidal. With influx of centrist democrats, the Third Russian Civil War – as some called it – ended with a victory of radical, militant socialists from the Our Russia party. Soon socialist USSR waged long and bloody war against neojacobin Revolutionary French Republic and racist Chinese Empire, at the behest of all non-genocidal citizens of Sector 20, with inmates decimated and scattered into an assembly of corsair fleets.   With the battle for New Dijon and the destruction of majority of RFR fleet by Soviet Navy, the war seemed to close to an end. With Chinese Empire being slowly pushed back, and France decimated and slowly forced to surrender planet after planet, inhabitants of Sector 20 began to dream of peace and started slowly thinking about how exactly thank USSR for winning the war without remianing a part of it, while Our Russia attempted to talk them into creating a loose, democratic federation. That's when tragedy occured.   During the war, the USSR used increasingly 'radical' propaganda to keep countrymen in line and be able to continue the war. This led to the sudden rise of even more radical and militant political left, an assemble of various smaller parties and group under the name of United Worker's Party. Feeling that the war's end might bring an end to not only the suddenly grown 'confederation' of worlds, but even to its political system.   The coup happened... and due to complete surprise (with Our Russia's leadership not expecting internal problems now, that they were finally winning), it was succesful. With capital captured, and several key armies and fleets under their command, United Worker's Party launched succesful ofensive against its former allies, capturing a score of planets with lightning speed.   While Chinese Empire did attempted a counteroffensive, it was ultimate unsuccesful, with UWP managing to achieve control over forces on the front in time to stabilize it with only small territorial loses. With every captured planet's inhabitans mentally sculpted and mindwiped into proper communists, soon USSR – now ruled by hardline communists – managed to conquer entirety of sector before the Unification Wars ended. Since then ruling its vast territory with iron fist.

USSR decided to introduce similar approach to demographics to Terran Federation, only taken to extremes, which means complete ban on anticonception and various prodemographic policies to ensure that state possesses enough manpower in preparation for future Global Revolution. Due to that, majority of its worlds are slowly changing into massive population centers, which makes them both hard to conquer (since Red Army has an expansive program of population trining) and a great sources of recruits.   With this, overall USSR populace is estimated to be near 100 000 000 000, with approximately 70% homo sapiens sapiens, 29% Variants and 1% aliens, mainly shoggoths and automatons. This gives USSR practically endless supply of manpower and expansive, while relatively outdated and inneficiently governed industry. 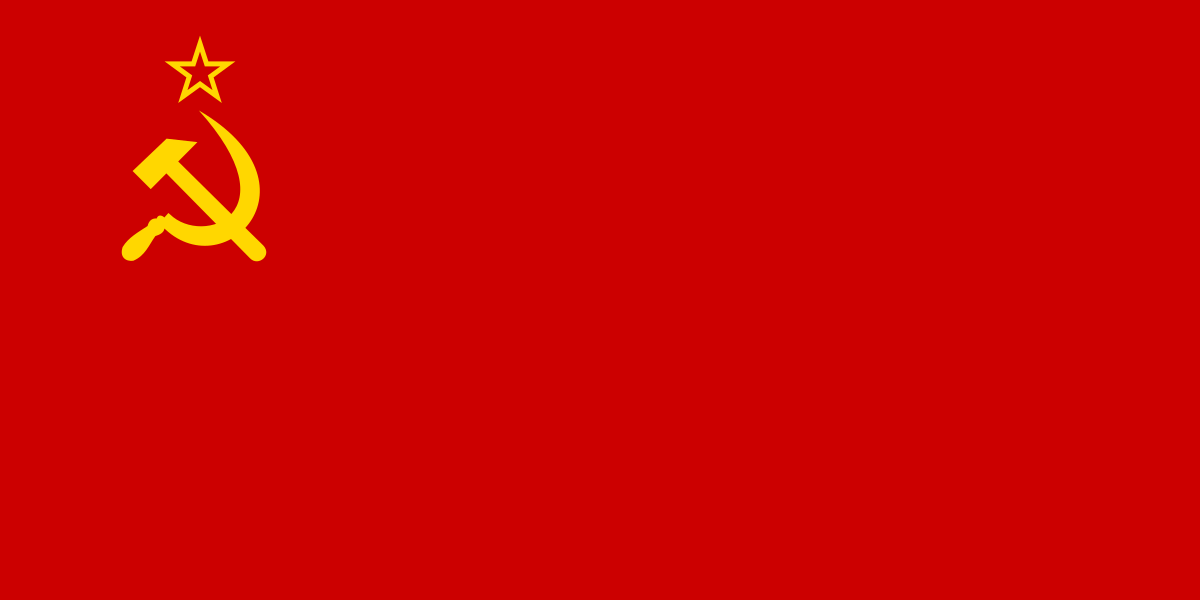