The exact details of internal structure of the Technocracy are unknown, mainly due to its permanently rewrited history and absolute secrecy of practically everything. It is widely believed, however, that The Technocracy is in fact a Technocratic Unity party monoparty state, with its government at least partially supplanted by four gargantuan and all-powerful ministries.   Minitrue, which is a newspeak for Ministry of Truth, that oversees propaganda, historical ‘adjustments’ and, in a strange twist, a Research & Development and education as a whole. Minilux, which is a newspeak for Ministry of Love, that oversees invigilation, internal security and brainwashing the dissidents (or supposed dissidents, as one doesn’t have to be guilty of a crime to be condemned in Technocracy). Minipax, which is a newspeak for Ministry of Peace, that oversees Technocratic Navy and Technocratic Army in their eternal war against Alliance of Sovereign Worlds. Miniplenty, which is a newspeak for Ministry of Plenty, that oversees economy of The Technocracy, ensuing there is enough food, drugs, and alcohol is produced and distributed among the Plebeians to thoroughly pacify them.   It is unknown if this ministries are a part of some sort of government, relatively independent or ruled by some shadowy cabal hidden within the highest echelong of Leadership Caste. Supposed leader of Technocracy - named George Orwell, no less - is believed to be a fake, an artificial creation of the Leadership Caste, probably based on some important member of Technocratic Unity turned into eternal representation of the State as a whole. With the true George Orwell long forgotten and purged from all records of Technocracy for reasons obvious.

It is unknown. While the Technocracy does have an eternal war with Alliance of Sovereign Worlds it is unknown if this is a serious conquest attempts or just a way to ensure that masses are loyal to the Leadership Caste by showing them outside enemy they can hate and blame for all internal problems. With its enigmatic government next to impossible to infiltrate, and his actions so secretive, it is simply impossible to even guess with some chance of hitting the mark.

Navy
Technocratic Navy has two chief problems, that are common for all armed forces of the Technocracy. Extremely low level of education of common mariners, and permanent invigilation of all officers (and crew at its entirety) by Miniluv.   The first forces Miniplenty to construct ships in as primitive way as possible, as that's the only way for its crew to be actually capable of utilizing it property. While the 'primitive' doesn't mean 'technologically backward', programming tends to be of ultralow level of sophistication, with various really complicated functions automated. Which tends to be a problem when the automats have a malfunction and the crew (other than the officers) have no idea how to shut it down, much less repair.   The second disadvantage is even worse, since it succesfully kills all sort of initiative shown especially by officers that are not from Leadership Caste. They can never be shown if their initiative won't draw attention of the Miniluv.   The sum of both disadvantages is a fleet that, while relatively strong, is based on flooding its enemies with overwhelming numbers rather than brilliant tactical maneuvers, much less on quality of their units.
Ground Forces
Technocratic Army shares the common negative traits of the Technocracy's forces, being the low quality education of troops and lack of officer's initiative due to Miniluv invigilation and constant fear of being targeted by it.   With weapons constructed to be simple in usage (which lowers its ability to kill enemies), and middle -ranked officers that are permanently terrified of their lifes, the Technocratic Army is rather weak. This is countered by landing massive armies drawn from Plebeians, that always massively outnumbers their enemies. While remaining woefully unprepared to facing a deep mechanized raids, special forces and paratroopers of Alliance of Sovereign Worlds.

The history of Technocracy is practically blank. What is known is that was created sometime during early Unification Wars, with the Technocratic Unity party rising to power in one of ~10 colonized worlds, that were under its rule the moment it was noticed by the planets that are now a part of Alliance of Sovereign Worlds.   The lack of inside sources were caused by the internal policies of Technocracy that purged all preTechnocracy records, forcefully sculpting and mind-wiping the citizens of occupied worlds to use them in next phase of expansion. With both memories and records wiped, and the lack of contact between planets during Unification Wars, the technocratic territory was essentially a growing black hole, that devoured whole planets without letting anything escape it.   The Alliance grew, and – after losing several more planets, all of them permanently – it managed to stabilize the border, changing every attempt of further expansion of the Technocracy into planetwide meatgrinders, with Technocratic Army (and Navy) casualties always many times bigger. Thus a stalemate occured, with the only occasion it was nearly broken being the neocrusade launched at the behest of Alliance's government, that forced Technocracy to redirect substantial part of its military forces, allowing the Allied Fleet and Allied Army to temporarily recapture two lost worlds, only to be unable to fortify them in time to repel counteroffensive.

The exact numbers are unknown, since the complete inability to infiltrate its government, which is the only organisation that possess anything even remotely credible. The numbers are a poor estimation based on vast program of interrogation of captured Technocratic personnel, with even Leadership Caste generals and admirals being at best mediocre in credibility.   Approximately 40 000 000 000 inhabitants, with 76% being homo sapiens sapiens and 24% various Variants. 75% are Plebeians, lowest social group, that is allowed to drink, eat, smoke, and inject whatever they want and as much as they want, without having to pay, and also is supplied by vast ammounts of low-grade propaganda and pornography. This modern equivalent of Panem et Circes is a basis of Technocratic internal policy, introduced simply to pacify massess. With family bonds completely broken, education practically not existing, and people stuffed into vast arcologies that are equipped so that a person can spend whole life without leaving his house, the Masses are as peaceful as they can get. Not to mention being devoided of names – with only numbers, in most cases used to create various nickname, with the whole system created to stamp out any individuality that could be a threat to the Technocracy.   They are used as soldiers and mariners, although no one is sure how the conscription in Technocracy actually works, with people suddenly receiving orders to join the army out of the blue and without any noticable pattern. Some slightly more ambitious end up as a unqualified workers, working to kill time and earn slightly more luxurious entertainments. They are divided into various castes (dedicated to certain jobs) in hope, probably, to further shatter their unity that could become dangerous.   Those even more ambitious become a members of the Party called Citizens... and also its slaves. You can't sign out of it, and signing into is as simple as a single click on a computer. The moment you do it, you became an object. If Party requires its, you will be turned into a qualified worker, army or navy officer, or a luxurious whore for a Leadership Caste. The fear of moe negative outcomes is used to scare away less willful candidates. Those with enough bravery to join Party are then slowly and carefully expunged of every possible thoughts that could be subversive to Technocracy by dual means of nigh ascetic lifestyle according to timetable set by computers, and lavishness of lifes of Leadership Caste that is supposed to be available to all (of course depending on how they work) after certain time.   To those few that climbed all the way to the top (or simply were born into it) is the Leadership Caste. The absolute freedom for all, even most depraved debaucheries, and true power over countless lives in the Technocracy. While avoiding being backstabbed by other Venerable Leaders (as they are called by the members of the lower castes). 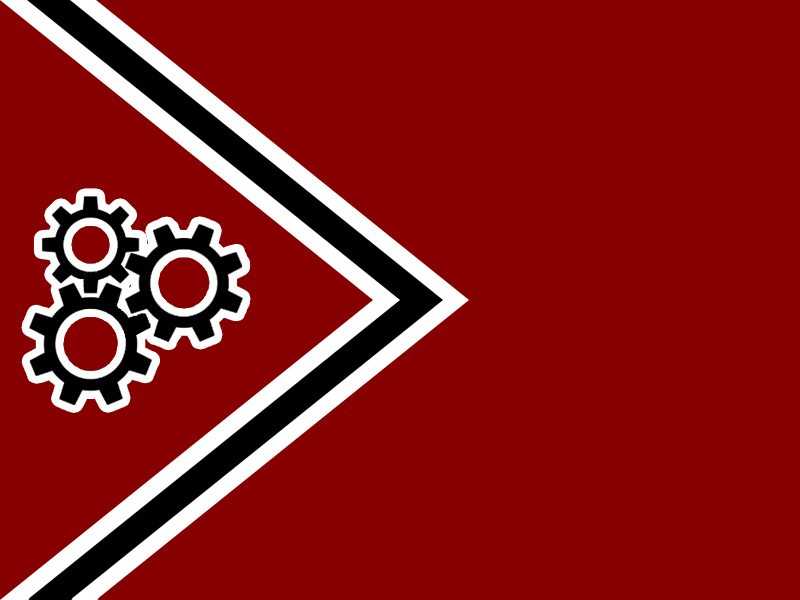